From the Philippines to Westport: How Josh Nueva captures the beauty of Ireland 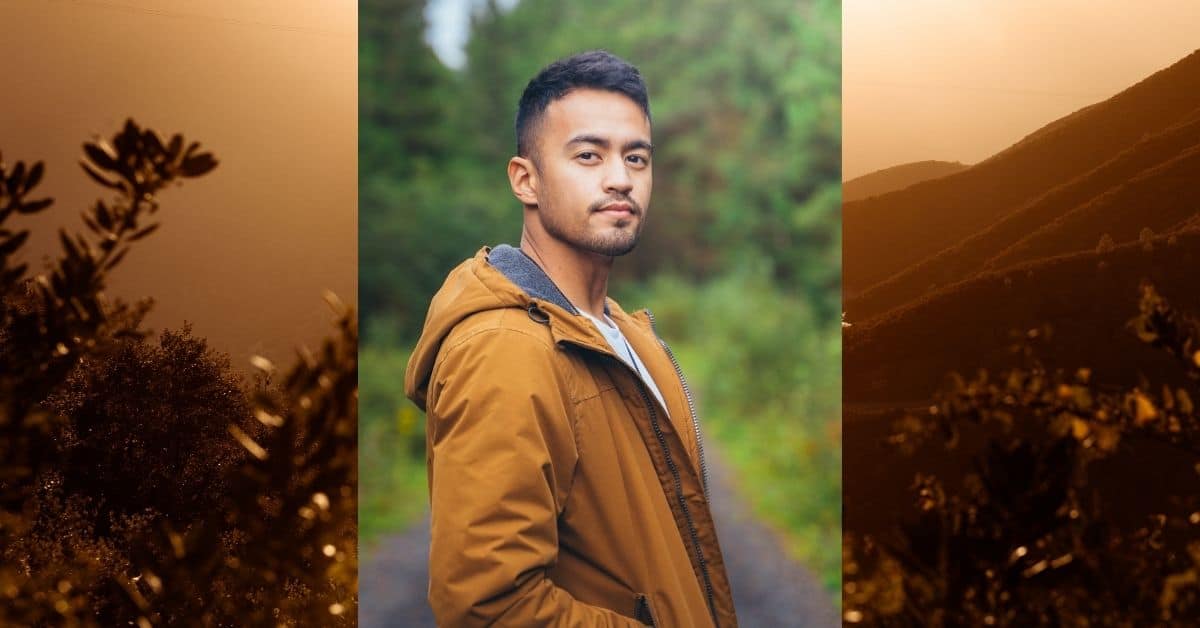 Josh Nueva was born in Angeles City, Pampanga in the Philippines. But back then it was a very poor town and Josh lived there along with his two older brothers, younger sister, grandparents and cousins.

“There were plenty of us under the same roof due to our poverty,” he tells me.

“To paint a picture; the houses we lived in were unpainted cinder block walls, tin roofs supported by flimsy wooden beams, and the alleyways in our neighbourhood were very narrow and usually smelled of sewage.”

When Josh was around 4 years old, his parents decided to save up to book flights to Ireland in order to try and make a better living for them. Over the span of a year, they kept saving up and flew all of the children to Ireland.

Josh’s brothers, his sister and himself have been here since, settled in picturesque Westport, Co. Mayo, on the beautiful west coast of Ireland.

Growing up he was interested in everything creative but says that he never really excelled in school.

“I got average grades, but the subjects I flew in were the ones I enjoyed; Maths, Art, English, Design and Communication Graphics,” he says.

It was due to his interest in technology and video games that at 13 he was editing and uploading videos of his friends, taking the initiative to upskill himself.

“This was probably a huge stepping stone in what I do now even though I was never interested in videography or photography at the time,” Josh explains. “I loved editing the videos more than playing the games!”

A few years later, he started getting into running and playing soccer. In a short space of time was called up to the under 18’s Mayo squad but was later dropped due to being too skinny and not strong enough at the position he played.

It was this what led him to get into another interest in his life: fitness. Josh jumped headlong into the world of weight training and quickly began to fall in love with working out and training. This is something that he says became his entire life between 16-20 years of age.

Because of his interest in fitness, Josh decided to go on to study Food Science and Health in UL and in his first year decided to train for a bodybuilding competition and at the same time start up a YouTube channel.

It was there that he documented his training and bodybuilding journey, and also re-introduced editing videos into his life, as well as camera work.

“This was the time where training edits and fancy training footage with an aesthetic and cinematic twist was just being introduced in the fitness industry. It was new, it was eye-catching and I wanted to get involved,” he explains.

“I started filming in this style, originally of myself but then as soon as I began to record others and create this type of content, the more I realised I genuinely enjoyed creating content for entertainment. I documented my 6-month bodybuilding prep in a 26 episode series called “More Than Potential” and ended it with a final Show Day Vlog”.

Josh ended up placing second in his first bodybuilding competition, a massive achievement where he had to do all of his own prep from creating a diet plan, a training plan and a posing routine.

“It is still pretty surreal that I managed to accomplish something like that on my own at such a young age but definitely an experience that greatly defined me as a person and showed me that if I really put my mind to something, I can achieve whatever I work towards with consistency and persistence through any difficult moments,” he tells me.

Shortly after the bodybuilding competition, Josh decided to drop out of college due to family reasons.

“The bodybuilding series I created and uploaded to YouTube led me into what I do today, it showed me the videography, photography and the creative world which I can’t get enough of. It’s such a supportive community, and I met my best friends through it!”

In terms of learning the tools of the trade, Josh learned everything online. He sifted through YouTube tutorials, followed like-minded people on Instagram and watched other creators such as Sam Kolder, Mitchell Mullins, JR Alli and Brendon. He surrounded himself with people and things that he wanted in his life. But Josh says that he learned the most through experience, and through trial and error.

“My advice for anybody looking to get into my field is to just start,” he says.

“You’re going to be bad at what you do at first, that’s inevitable but you have to start somewhere. Just put content out there, no matter what anyone else might say, and keep working on your craft. You will thank yourself in a month or year’s time for just starting.”

Josh also stresses that it’s important to follow people who have similar interests as you, whose content you enjoy but not to compare your work to theirs. Instead, he says, it’s better to aim to create the best you’ve ever created and to be consistent at your craft. This way, you’ll be able to look back over time and see the progress you’ve achieved.

One other thing that Josh does is analyse his previous work and figures out what he can do better, or what he would change.

The talented photographer got into TikTok “for the same reasons as everyone else during lockdown – pure boredom!”

But after using it for a few weeks he realised how much potential it had and saw the importance of it to showcase what he does while also promoting how stunning Ireland is, which he says is under-appreciated by many people who live here.

Josh tells me that by being on TikTok it has greatly accelerated the growth of his Instagram account. The content that he puts out on both platforms includes travel videography/photography such as road trips, camping, hiking, exploring and what it’s like to explore his own country.

“I still prefer Instagram overall as we have such a great and positive community there and people love getting involved in what I do which is just surreal to see, though TikTok has introduced so many more people to what I do and they seem to enjoy it so I’ll be keeping up with it for as long as I can!”

At the start of 2020, Josh set a goal of doing more hikes and getting out in nature with his camera and the intention of creating content that he wanted to enjoy.

“During lockdown, we were unable to leave our houses for the most part but as soon as restrictions were lifted I had so many places on my list that I wanted to see before the end of the year,” he says.

Depending on what he’s doing, whether it means staying the night or simply going on a day or morning trip away he’ll pack accordingly for that but he always brings his drone and camera with him.

“It’s pretty tough to hike and haul a lot of equipment that I know I can do without but it’s what enables me to do what I do and so I do not mind it whatsoever, granted it takes me a little longer to complete the hikes than most!” he tells me.

“I have never worried about my camera gear, if it’s going to get damaged, or if it gets stolen, simply because those types of things are not worth worrying about. As long as I get to do what I want to do, I’m happy.”

Josh’s favourite hike is probably Mweelrea in Mayo, a 14km loop from Doo Lough and can be done in about 5.5 hours.

“I love sunrise hikes so I ended up starting this hike at 5.30 am, spending a few hours capturing the trail, and got back to the car at around 4 pm! Mind you I had two meals, several snacks and plenty of water with me as well as zero plans for that evening ahead so I preferred to take my time.”

It is, in fact, on this trail that he has also met people who follow him on Instagram as well as the hiking group called “Westport Hill Walkers” that are now potential clients who spotted him setting up his camera gear and drone on top of Mweelrea.

Some places that are high on his list for places to see include Carrantouhil (Kerry), Glendalough and Lough Tay (Wicklow), Mount Errigal and the Blue Stack Mountains (Donegal).

But Josh’s favourite place that he has have ever travelled abroad to is Myanmar.

“It was the only country in South-East Asia that I thoroughly enjoyed and was not destroyed by over-tourism,” he explains.

“Very friendly people, amazing culture, and incredible landscapes! I am always on the hunt for amazing experiences, whether it’s a sunrise 700m above sea level on top of a mountain, or swimming in a lake surrounded by a mountain range. I enjoy those experiences whether it’s on my own or with other people, but I almost always have my camera with me wherever I go. Though I do not let my camera ruin the experience I or anyone around me, is having.”

Josh’s favourite project is his video called “PASSION”, a breathtaking short film that he produced from his travels in South East Asia with a sprinkling of Ireland mixed in.

And in terms of who inspires him, he simply tells me that everyone is inspirational.

“I’ve met some incredible people in my life, each with their own stories and traits that inspire me to be a good human being doing whatever I love to do. The fact that I’ve combined what I love to do with something I can create a living from, is what keeps me doing what I do. I don’t care for being successful, or rich, or popular, I’m grateful for what I have and if I can make enough money to fund what I do and where I go and I get to show people that there’s so much more in this world, that’s more than enough for me”.

Did you enjoy hearing about Josh Nueva’s story? You can read about more interesting people on WeAreIrish by clicking here.