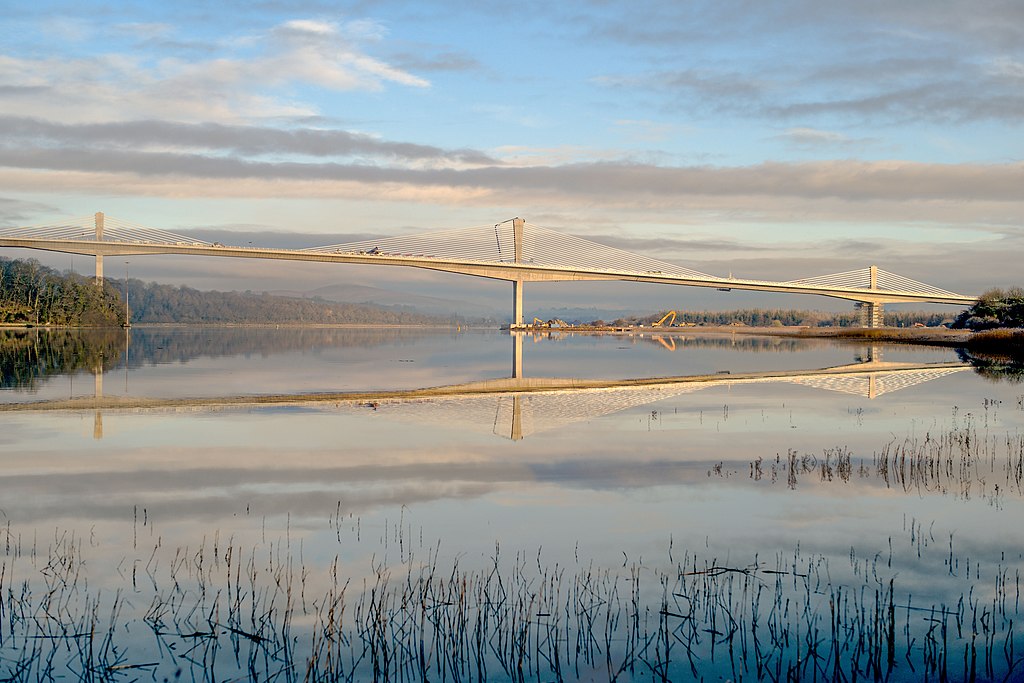 The Rose Fitzgerald Kennedy Bridge that spans between Co. Wexford and Co. Kilkenny has officially been opened.

The bridge is 887 metres long and overtakes the River Súir Bridge (230-metre main span) in Co. Waterford as the longest bridge in Ireland. This construction was part of €230 million upgrades to the N25 Newross bypass.

It’s quite fitting that the bridge honours the roots of the famous Irish-American Kennedys as nearby is the town of Dunganstown, the ancestral home of JFK. It’s hoped that this new bridge will significantly reduce the travel time between Cork and Rosslare Harbour thus creating a stronger link with mainland Europe.

Chairman of Wexford County Council Michael Sheehan said that the opening of this new bridge marks ‘a new chapter’ and now the region is ‘ripe for a new era of investment, industry and interest’.

Image via Wikimedia Commons/ An Dearthoir