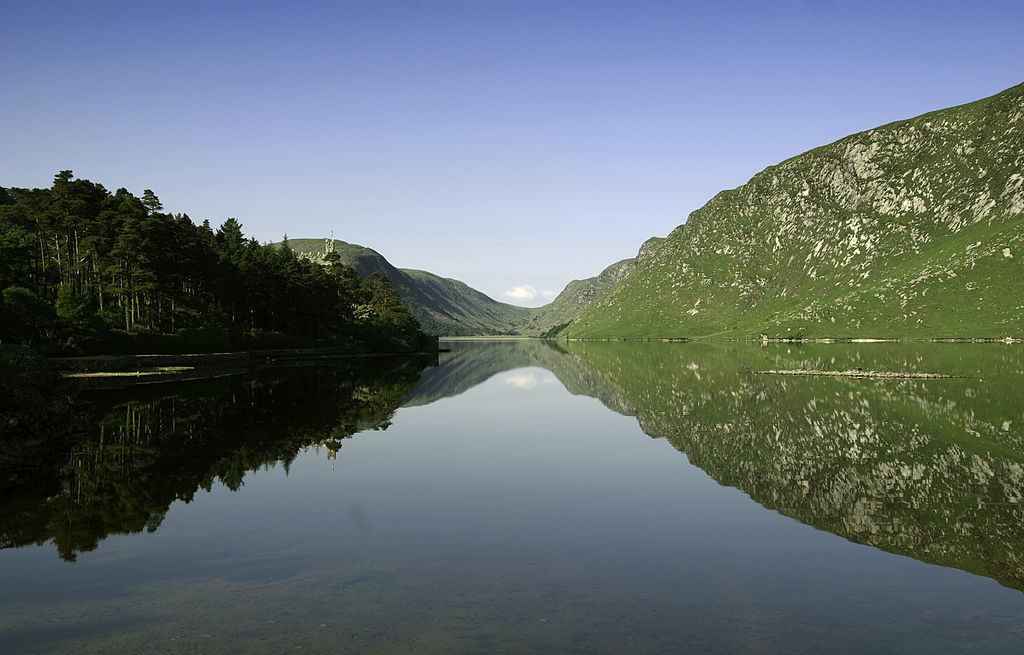 Leap headfirst into the countryside and traverse Ireland’s great outdoors.

We’re spoiled for choice when it comes to parks and woodland to walk through in Ireland, this is but a taster for the experience with hopefully a few unexpected locations to add to your must-visit list.

This stunning place is set in a deep U-shaped valley carved out of the mountains in West Cork at the end of the last Ice Age. Covering over 339 acres, it is within these hills that the River Lee rises.

Head to the edge of the lake to the island where St. Finbarr, the patron saint of Cork founded his early Christian monastery in the 6th century. It’s a park for all seasons and has six walking trails to suit all levels of fitness.

Perfect for all the family, Lough Key is the place to go for both young and old adventurers. It’s home to ‘Ireland’s only Tree Canopy Walk’ that immerses you in the history, flora, and fauna of the area.

Based in a 19th-century parkland comprising of land and islands, it’s also home to native woodland, bog garden, follies, and historical features from bridges to canals.

For walkers, the trails are graded with the length, expected duration, and whether the trail is linear or looped. For cyclists, there is about 8km of routeways to explore that is completely traffic-free.

It would be impossible to mention ‘Ireland’s great outdoors’ without talking about Glenveagh National Park. This remote park nestled into the wild ruggedness of Donegal is home to some of the most breathtaking scenery in Ireland.

At the heart of the park at the edge of Lough Veagh sits Glenveagh Castle a late 19th-century castellated mansion. A horticultural masterpiece, the gardens at the castle have been conserved to the highest standard with rare plants unique to Ireland.

Not a park per se but still an outdoor treasure that showcases truly sustainable living. This island is completely off-grid and unattached to the mainland. Utilising solar and wind energy for power, Lambay Island also has its own natural spring for water.

There are delightful walks, sandy shores for relaxing, swimming and a plethora of natural wildlife to be seen. A protected bird sanctuary, it’s also home to the largest breeding colony of Atlantic Great Grey Seals on the east coast of Ireland.

Tollymore was, in fact, the first state forest park in Northern Ireland. It covers a whopping 1600 acres with panoramic views of the Mourne Mountains. This park is open all year round and caters to campers, tours, walkers, and even those on horseback. For fans of Game of Thrones, you can also take tours of Tollymore and see where they filmed part of the series.

Each trail in this 500-acre park has varying lengths and showcases the best of what Avondale has the offer be it by foot or by bike. Head under the woodland canopy and through the trees and view everything over the Avonmore river valley.

Rich in wildlife, with a well-developed arboretum, the park hosts the home of Charles Stewart Parnell which was built in 1777 and is now the Parnell Museum.

Though the Derrycarne House was demolished in the 1950s, the surrounding lands provide a calm and pleasant walk route along the shore of Lough Boderg. Walk amongst a rich wood full of beech, oak, spruce, and cypress, or get onto the water where cruisers have access to the lake through the Shannon’s water system.

With nearly 5000 acres under its belt, there’s no doubt that Conamara is a must for lovers of Ireland’s great outdoors. Bogs, heaths, grasslands, and forests await those willing to venture into the wilderness, and visitors will be rewarded with unbelievable views from the famous Twelve Bens (Beanna Beola) range.

Animal lovers may spot Conamara ponies, red deer, and even peregrine falcons while history buffs can reflect on times gone by with ruined houses, ancient walls and former ice houses.

The visitor centre at the park is well known for featuring exhibitions in the surrounding area and is free of charge.

Head to the top of the 400-metre high Diamond Hill where on a good day you’ll be able to see the islands of Inishbofin, Inishturn and Inishshark.

Ballycroy has one of the largest expanses of peatland left in Europe with nearly 120km of Atlantic blanket bog thus making it a very special and protected place. The visitor centre has unbelievable panoramic views of both the park and Achill Island.

Experienced hillwalkers will probably enjoy Ballycroy the most and the park has multiple walking routes with its Claggan Mountain coastal boardwalk route connecting visitors to the wild. For those with a permit and who are on multi-day hikes, you can also camp in the designated areas with a ‘Leave no Trace’ policy.

Log bridges, mountain paths, lush meadows, lakes and waterfalls greet visitors to Gleninchaquin. This incredible valley was formed by glaciation approximately 70,000 years ago and makes for a fantastic day out for both experienced walkers and those who prefer a stroll.

Picnickers and those with a barbeque are welcome and if you have pets, they’re welcome to roam across the hundreds of acres.

The massive 140-metre waterfall is a sight to behold, especially after heavy rain when the water is torrenting down the side of the mountain. Six short walks and a nature trail are available to visitors which are both suitable for adults and children.

A version of this piece was originally written by me and published in Fórsa Trade Union Magazine. Want to see more of Ireland’s great outdoors? Check out the National Parks & Wildlife Service at npws.ie and coillte.ie to discover what’s in your area.