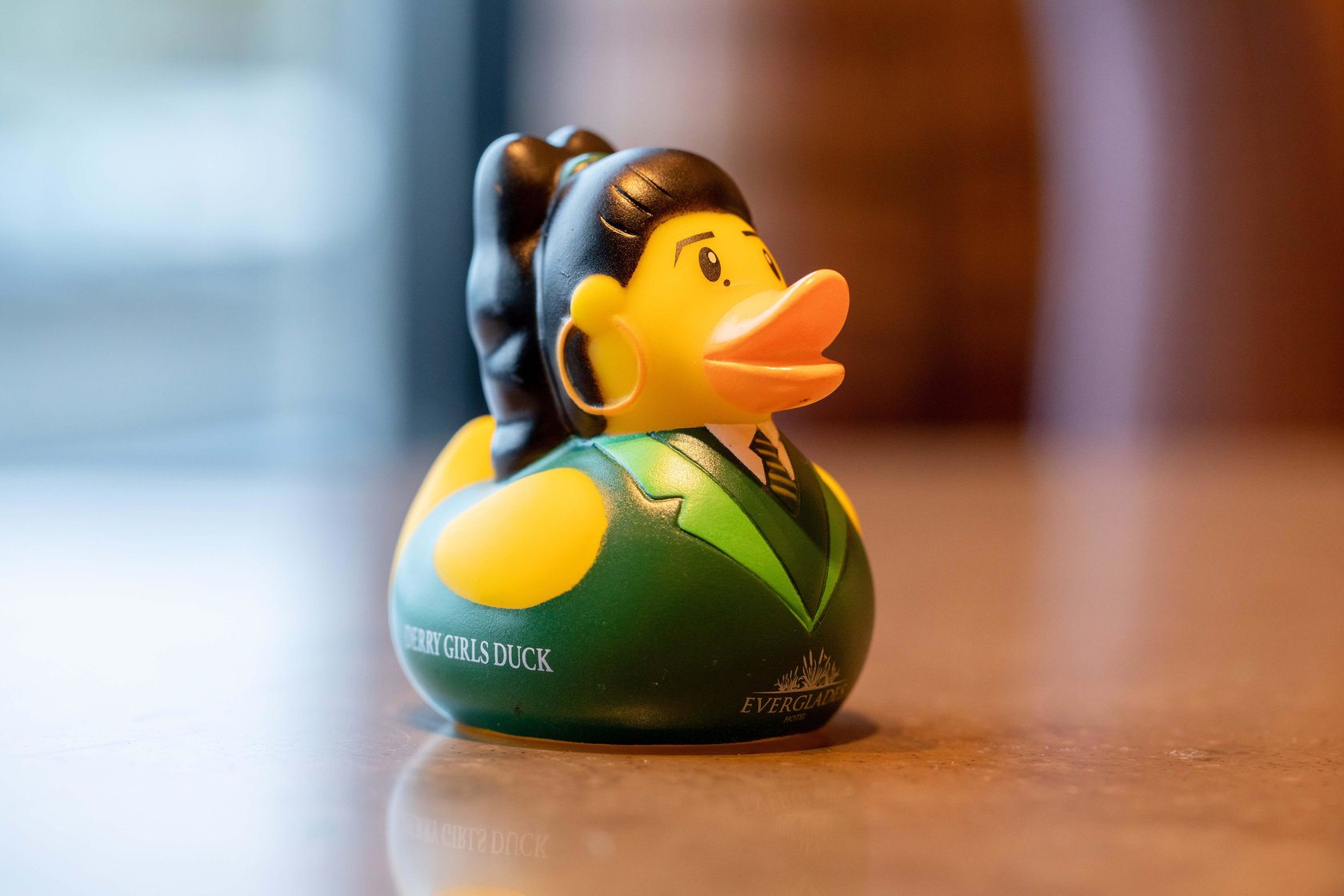 A tour of Derry with a twist, Derry Girls aficionados will be able to walk in the footsteps of Erin, Michelle, or even that wee English fella and visit key locations from the series like the Guildhall and Dennis’ Wee Shop.

The package with Hastings Everglades Hotel also includes a Derry Girls Afternoon Tea menu inspired by the Channel 4 hit show and features a cream horn, a cone of chips, the famous Derry sausage roll baps, a classic Tayto Cheese and Onion crisp sandwich and a cocktail.

The Hastings Hotels are famous for utilising their popular rubber ducks as a marketing quirk and also unveiled a Derry Girls duck modelled on Michelle which people can have as a memento with their afternoon tea.

A duck in the lobby of the Everglades Hotel has been transformed by designer Chris Suitor into a large fibreglass artwork with a Derry Girls uniform, curly brown hair and hooped earrings, just like Michelle.

‘The package also includes a Walled City Walking Tour where visitors can walk in the footsteps of a true Derry Girl around the city’s walls and the Bogside,’ said Julie Hastings, Marketing Director of Hastings Hotels.

‘Visitors can get their photo taken at Free Derry Corner and Dennis’s Wee Shop while hearing about life in the city during the troubles from an expert local guide. They can visit the city’s Pump Street and learn the difference between a cream horn and cream finger.’

‘And they can also explore Long Tower Church where the miracle of Our Lady occurred, followed by the Bishop’s Gate where Toto made a miraculous appearance. The walking tour will also bring visitors to the Guildhall, where President Clinton spoke as portrayed in the second season of the series.’

The tour finishes at the famous Derry Girls Mural where guests can take a selfie and be pledged as a Derry Girl, or Boy.

‘The duck has been central to Hastings Hotels for almost 30 years and are given to guests complimentary when they stay at any of Hastings Group’s seven hotels and we launch new versions regularly,’ added Julie.