From Fair City to Video Games: This is Devin John Doyle’s scriptwriting journey 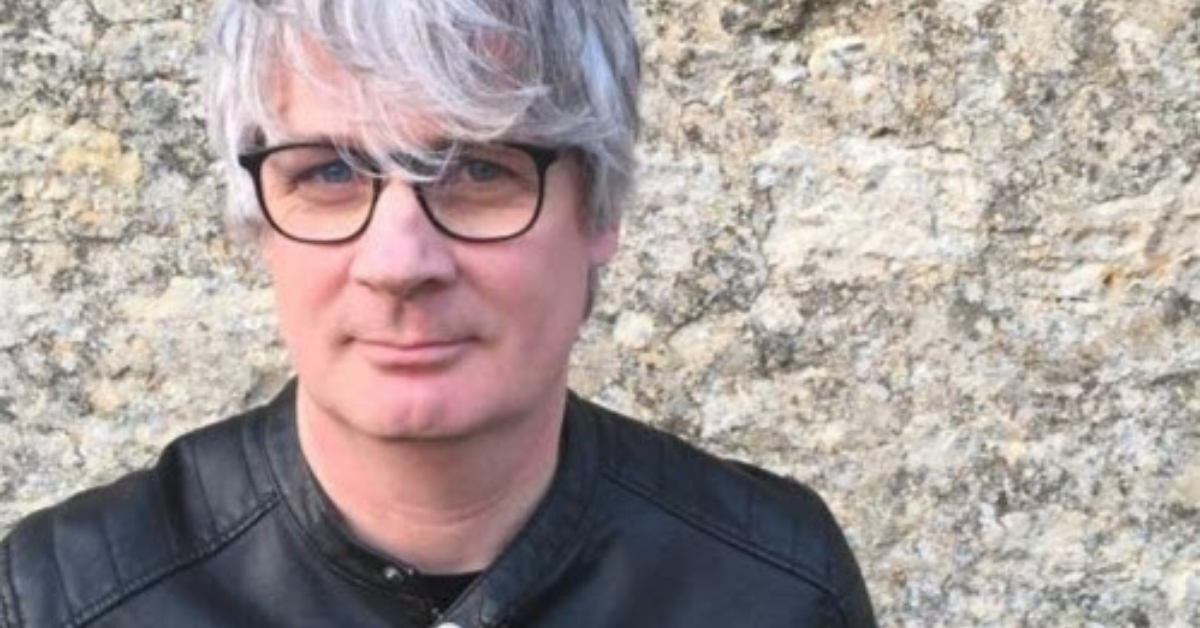 There are hundreds and thousands of writers out there that are part of your favourite works. They are the ones behind the scenes, at the computer, day in and out, working hard behind closed doors. And scriptwriter Devin John Doyle is one of them.

This award-winning writer has shared with me, with refreshing honesty, his story from his upbringing and his career to his journey that brought him to Paris. His advice for scriptwriters that he imparts is invaluable.

‘I was born in London to a middle-class mum from Sutton and a working-class dad from Howth village,’ Devin says.

‘We moved home when I was six months old, and I grew up in Portmarnock. There are worse places to have a childhood, but mine wasn’t great. No-one’s fault – apart maybe from conservative Catholics – but Ireland in the 80s wasn’t set up to cope with a young fella like me’.

Devin became a musician as he felt that that was the only career path for him to make a decent living.

‘Unfortunately, I wasn’t a very good one. I could keep time, but wasn’t particularly dextrous, and was too lazy to properly learn my instrument,’ he admits.

‘I looked good, though. Sex, drugs and rock n’ roll soon became sex and drugs, and then eventually just drugs.’ But despite Devin’s nature, he also found himself suddenly in a career that he was actually good at, advertising.

It was the late eighties and Devin was just 19. His dad had a company that did typesetting and make-up (basically assembling ads from type and images) for ad agencies. Apple Macs were just starting to take off, but no one knew how to use them.

‘I had a grounding in the old craft and was young enough to pick up the computers really quick,’ Devin explains.

‘I had an advantage over my peers in that I knew the old ways, and I had an advantage over the established people because I knew the computers. I followed the path of least resistance and kept doing it for 20 more years. It used to be that a finished artist (which is what they were called) was at the heart of print production, at the very centre of an agency’s main business. But then digital came, and by the 2010s it was a specialist job. If you didn’t have HTML and Flash and XML and whatever else, you couldn’t compete.’

Devin gave up the drugs and kept working in advertising, but it was from there that he found something else that he was good at, screenwriting.

‘I spent my 30s working in advertising and trying to break into film. I met and married a Frenchwoman, and while we were living in Sydney we had a baby and at the age of 40, realising that I was going nowhere if I didn’t plug some major gaps in my skillset, I went back to film school’ he says.

His career in advertising withered and so Devin worked hard at getting his start as a writer. It took the budding screenwriter three years to get paid for anything, but he persisted and finally, he got his break.

‘Suddenly things accelerated’ Davin says, ‘I had a Storyland produced for RTÉ, that got me into working on Fair City, and while I was doing my first proper two-week stint in Donnybrook I applied for a job writing on an RPG (roleplaying game), for Larian and got it. Suddenly I was a working writer with a salary and health insurance.’

Though Devin wasn’t the lead writer in DOS2, he was one of the five main writers working under the lead and director of writing, and they all worked closely together with the creative director who also happened to be the CEO.

‘While it was hugely challenging and I’d be horrified if I had to do it again, it was the making of me,’ he tells me. ‘I came out with a shipped game that was a massive hit with my name on it. This is crucial if you want to be in the industry’.

That was Devin’s moment. He was now established.

‘While we were in Dublin we’d been evicted from our house and my wife and kids had moved back to France. So, I started looking here [in Paris for work]’.

When a job at the French video game studio DONTИOD came up, Devin found himself well placed. He was a native English-speaker, experienced, spoke French, had good samples and a recommendation of a former colleague of his prospective boss.

‘I’d also just lucked out and won a big TV writing competition in the UK too,’ Devin says. ‘That always helps. People want to like you and your work but knowing that other people already like you and your work is a big help to persuading them that it’s okay to do the same. It’s part of what makes it so hard to break in.’

DONTИOD is the studio behind the critically acclaimed Life is Strange that was published by Square-Enix. Devin has been working at DONTИOD for over nine months so far and loves it.

Devin is currently working on a top-secret project but says that keeping things under wraps is easy for him. His advice for budding scriptwriters is as follows:

‘I’d highly recommend going to a really bloody good film school for the highest qualification you can get – not for the certificate, but for the education, and also for the network of peers,’ he says.

‘Write loads. Write scripts. Write Twine games. Meet developers and help them out with their projects – for free, at first. But limit the freebies: three is enough. After that, get paid.’

‘The good news is that while game-dev is still predominantly cishet-male, that’s changing fast, and the will is there for it to change. Diversity is in demand. My boss is a lot like me, 50-years-old, white, cishet, likes sci-fi, heavy metal, and black humour but if I’d had a female or non-binary competitor with similar qualifications and abilities, they’d have gotten the job before me.’

Unfortunately, there was not a single female applicant he says, adding that diverse points of view are highly valued in the company.

‘I admit this is only good news if you’re not a mediocre white man – like me as a musician – who’s used to getting things handed to them. And privilege does still come into play. Hiring processes can work against minority candidates because they’re not privy to the customs. A great candidate’s bad CV will still go in the bin because the CV was at fault, not the candidate.’

‘The bad news,’ he adds is that personality does come into it. DOS2 took a little over four years to complete from conception to publishing. The game Devin is currently working on is now is 18 months in, and it won’t be coming out for quite another while.

‘We work very closely together, for a very long time. We have to be sure when hiring that the person is going to be reliable, generous, and hopefully good company. This goes for film and TV, too – it all comes down to relationships. There are people I won’t work with again because the fit was wrong. And I’m sure there are people who feel the same about me. So not only is it harder to find your start, it’s harder to find the right start.’

‘The big one though, the one people don’t want to hear, is that most writers aren’t good enough,’ he says. ‘I’ve screened a lot of writers’ applications for writing or narrative jobs, and the figures are terrible. This goes for film scripts too, by the way: Maybe 2% of aspiring writers’ work shows the potential to make it.’

‘Of the other 98%, maybe a third have talent and can do what I did and get a really good education to fill in the gaps in their skillsets,’ he adds.

‘That means a massive two-thirds of writers just aren’t good enough – and never will be – to make a consistent living. Problem is that any aspiring writer reading this automatically assumes they’re in the top tier. You can’t all be. Two out of three of you aren’t.’

This may sound like bad news, but it isn’t, Devin says.

‘Because if you’re genuinely good, there’s a lot of crap around from which your little diamond will shine. The trick lies in pushing the diamond to the surface where its gleam can attract the right people. You only need one decision-maker to buy into what you’re selling. And if they take you on, they can not only give you your start but may teach you how to be better. Because breaking in is one thing. Staying in is another.’

Some of the books currently on his desk include The Writer’s Journey by Chris Vogler, Creating Emotion in Games by David Freeman, 45 Master Characters by Victoria Lynn Schmidt, On Writing by Stephen King and two that he says will teach you about life: Night Watch by Terry Pratchett and A Grief Observed by CS Lewis.

Devin is Irish, British and also holds Australian citizenship which he got following his time over in OZ in the nineties where he lived with his wife for a while.

‘I’m also eligible for French, and I’ll go for that when I get around to it,’ he muses.

‘Fundamentally, though, I’m Irish. I mean, I’ve never felt all that comfortable with my Irishness. Not until recently. My version of being Irish didn’t seem to jibe with the “official” version.

‘I’ve come to believe that my version of Irishness is as valid as anyone else’s’ he says. ‘And I also believe that I can embrace the other nationalities I hold to whatever degree I like. I suppose I’m 100% Irish but also 10% Australian and 15% British and 5% French (if they’ll have me).

‘And when the alt-right eejits on Twitter say “that’s more than 100%, how does that work?” all I can say is that life is full of paradoxes and human brains are very good at holding two counter-arguments at the same time and why am I explaining this to you morons anyway?’