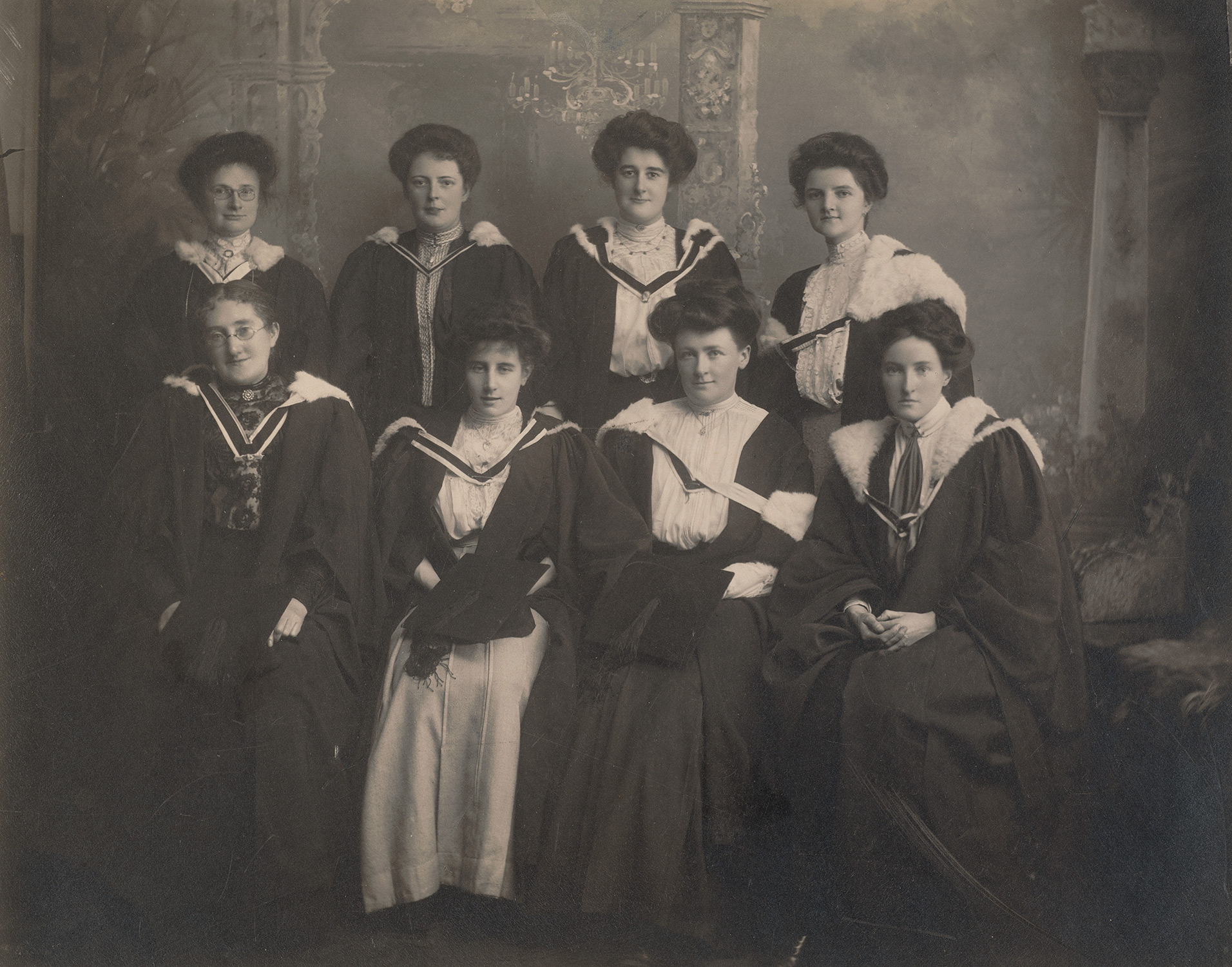 A new exhibition marks 100 years of Trinity Women Graduates and is inspired by the quote: “If a female had once passed the gate it would be practically impossible to watch what buildings or chambers she had entered or how long she might remain there.”

In 1895, the Board of Trinity College Dublin identified this as one of a number of dangers associated with admitting female students to the College.

Less than 10 years later and in the same month as the death of Provost George Salmon, who had famously proclaimed “over my dead body” will women enter the college, the first three female students were admitted to Trinity in January 1904.

Trinity was the first of the historic universities of Ireland and Britain to admit women.

This statement from the Board expounding on the risks of female students is one of the fascinating items featured in a new exhibition charting the story of women graduates of Trinity and their hard-fought victories to be acknowledged as equal citizens, students, academics and graduates.

The exhibition marks the centenary of the foundation of Trinity Women Graduates, in 1922.

Entitled ‘If a female had once passed the gate … ’: Trinity Women Graduates Centenary Exhibition 1922-2022, the exhibition is on display in the Long Room as part of the Book of Kells exhibition. It is also available as an online exhibition on the Trinity Library website and on Google Cultural Institute.

Developed in partnership with the Library of Trinity College Dublin, the exhibition features highlights of the Trinity Women Graduates archive.

Photographs, letters, administrative records and collected reminiscences trace the long campaign for admission, the achievements of early women graduates and the struggle for equality by female students and staff.

Highlights of the exhibition:

“The main aim of Trinity Women Graduates was to afford members an opportunity to stay connected with the university and each other. These records and reminiscences give a deeper insight into the lived experiences of these women and ensures that the voices and experiences of these women form part of the historical record of both Irish society in the twentieth century and Trinity College Dublin.”

“Once admitted female students were subject to strict regulations because their presence was judged to be a danger to the men.

“These rules and regulations did not deter women and by 1922 there were sufficient women in Trinity to warrant the foundation of an alumni society. A century later, 60% of the student body is female and the university is led by a woman.”