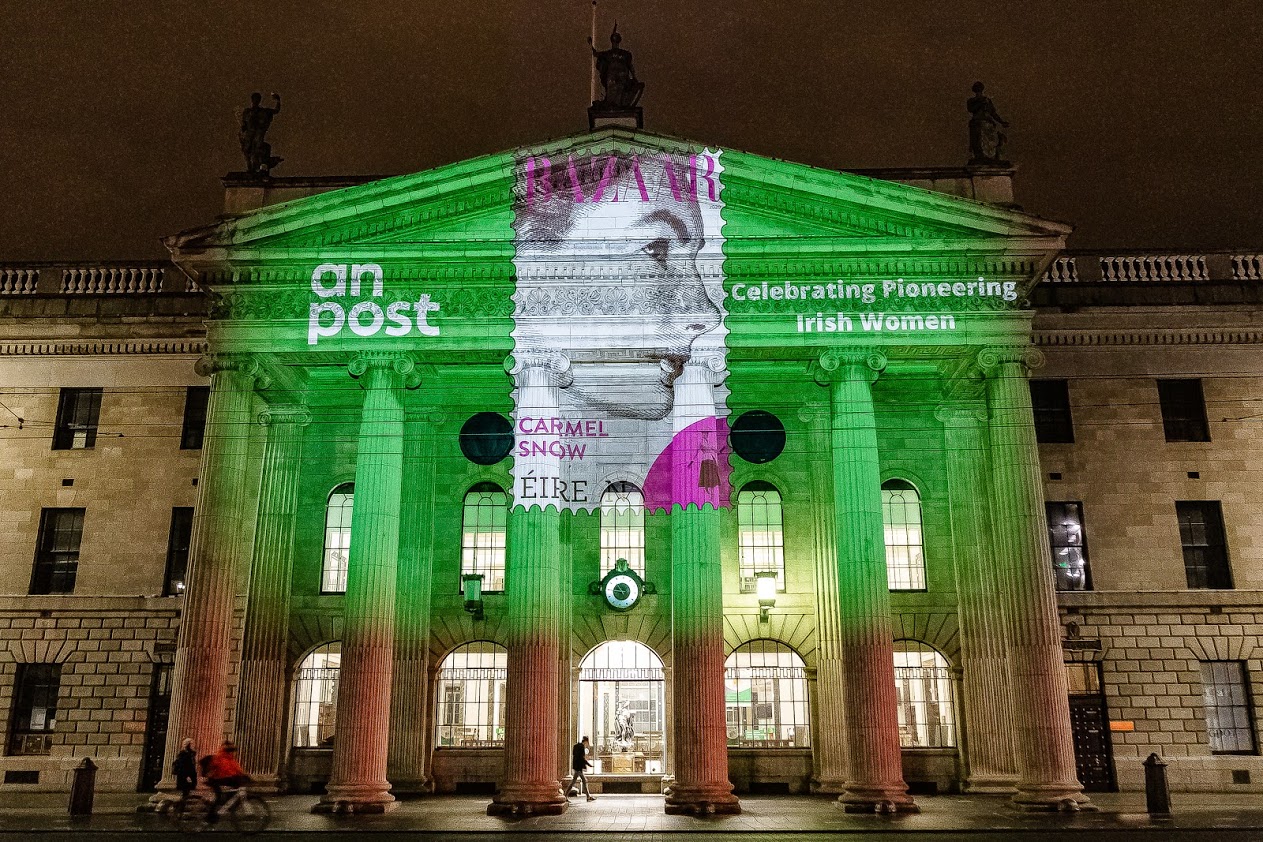 A selection of top pioneering Irish women have been celebrated in a series of new stamps by An Post. The stamps were issued just before International Women’s Day and feature women who achieved fame in Fashion, Film, Aviation, Athletics and Art.

In this set of colourful stamps, you will find: Carmel Snow, Editor-in-Chief of US ‘Harper’s Bazaar’ magazine from 1934 to 1958; Maureen O’Hara, renowned Hollywood film actress and recipient of an honorary Academy Award in 2014 and Lillian Bland, the first woman in the world to design, build and fly an aeroplane having built the ‘Mayfly’ in 1910, and who successfully completed her first flight that same year.

Also featured are Maeve Kyle, the first woman to represent Ireland at the Olympics in 1956, and also Ireland’s first triple Olympian and Sarah Purser, portraitist and stained-glass artist who was the first female member of the Royal Hibernian Academy in 1924.

‘Some of these women are practically unknown, their names strangely absent from the history books and rolls of honour,’ Debbie Byrne, Managing Director of An Post Retail said.

‘An Post is proud to shine a light on these women’s remarkable achievements so that men and women alike can be inspired by their courage and determination. These are the perfect stamps to post to the women we know who inspire, challenge and sustain us, and let them know we’re thinking of them.’