How Ola Majekodunmi is championing diversity and Gaeilge on the airwaves 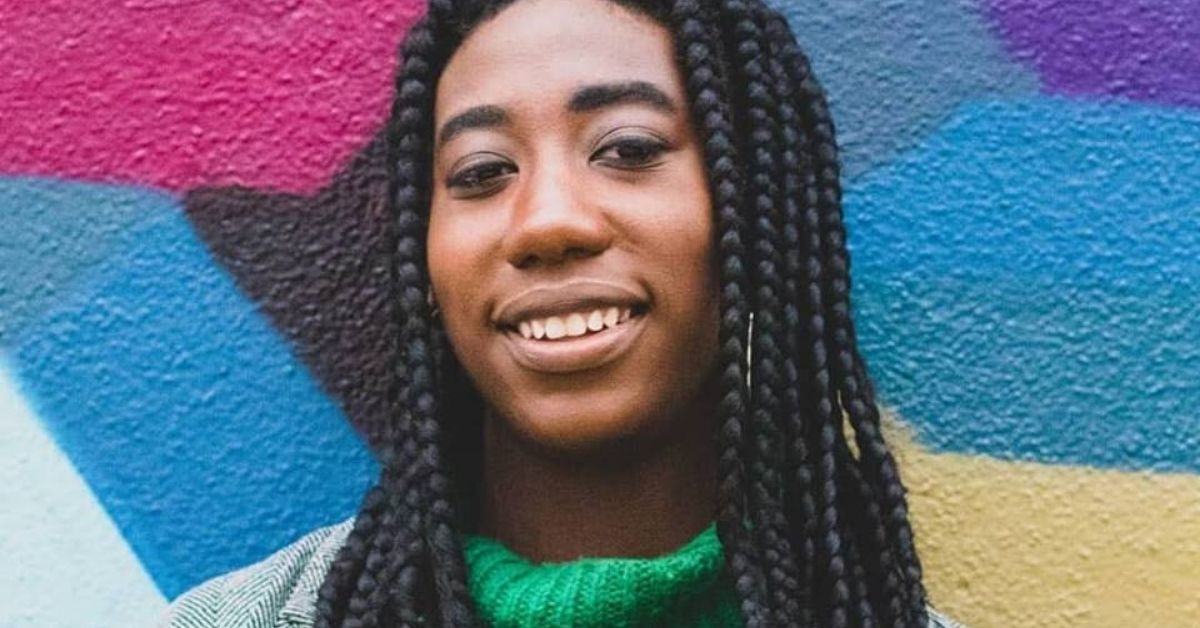 Ola Majekodunmi was just seven months old when she settled in Ranelagh, Dublin and it was there that her own journey with the Irish language began.

A flyer for registration in Gaelscoil Lios na nÓg was dropped in the door and her father Ladi saw it and thought ‘why, not?’. As it turns out, Ola didn’t need convincing and was always very interested in the Irish language. Not only that but both her father and mother attended classes as well in an attempt to pick up the cúpla focal (few words)!

During Ola’s childhood, she moved around a lot before finally settling in Dún Laoghaire and that’s where she’s been living for almost nine years now.

Ola attended Coláiste Íosgáin in Booterstown as a way to continue her love of the Irish language and it was in fifth and sixth year that her passion became particularly prevalent.

After studying Fill Arís by the acclaimed writer Seán Ó Ríordáin, Ola found herself really identifying with the sentiments. She saw parallels with the Yoruba people in Nigeria to the Irish people and their treatment under British rule.

In Fill Arís, a poem written in our native tongue, the poet urges the reader to leave behind the busy world and escape the heavy weight of history to the places that make us whole. In this instance, he’s referring to Corca Dhuibhne, West Kerry. The central theme is the richness of the Irish language and what it embodies.

As the years went by, Ola Majekodunmi found herself moving into the media sphere.

‘I first started volunteering with Dublin South FM when I was only 14 years old in 2011’ she tells me. ‘My mum had been volunteering with them previously through community work and introduced me to them. I worked there until 2013.’

‘In summer 2014, DSFM had unfortunately no longer any space for me to do work experience there and I really wanted to continue working in radio and learning more of the craft, so I contacted Raidió na Life 106.4FM.’

Ola had previously known about the Irish language station Raidió na Life from a course in transition year through Gael Linn. She started presenting ‘Meangadh Beag’ (Small Smile) and then went on to create her own show ‘Seinnliosta an tSathairn’ (Saturday Playlist). She presented that for five years.

Ola Majekodunmi has always been interested in the media and the arts (she was even a Billie Barry kid!), but right now sees feels like she’s still finding her feet professionally.

She now has a Master’s in Digital Broadcast Production from the National Film School in IADT and presents a show Raidió na Life every Saturday afternoon.

In 2018, Ola created a video called ‘What does “Irishness” look like?’. Its message was simple: ‘What is “Irishness”? And what do you think it looks like? Many have a stereotypical view of this when it comes to mind. However, there is no one way to look Irish, especially in 2018.’ Naturally, it quickly went viral.

‘I was so happy and grateful to my friends who helped me film and edit the video-documentary as well as the contributors who trusted me to share their story’ she says.

Ola was inundated with interview requests and the video catapulted her further into the public eye. It was premiered at an #IAMIRISH event at West Cork Literary Festival in July 2018 and was screened at festivals like the Belfast Film Festival, Belfast Feminist Film Festival and the Rathmullan Film Festival.

Unfortunately, the video despite its popularity also garnered attention from cowardly trolls.

‘I remember waking up the next morning after it had been uploaded and there were hundreds of terribly racist comments,’ she tells me. ‘It kept going like that till later that day and I had to block the comment section and likes as it was really getting out of hand. At this stage, there were over 800 comments and 1,000 dislikes.’

While there were some encouraging messages on YouTube these were overshadowed by the pure racism in the comment section. Despite the negativity, Ola persevered, and the video was a huge success. The racist comments proved the point that ignorance and racism were prevalent, and the video now has over 32,000 views.

In 2019, another idea sparked in Ola’s mind following a brunch with her cousin Jess Majekodunmi and her friend Zainab Boladale, a fellow journalist.

‘I remember we were having a conversation about not having many women of colour friends and a desire for this. So, we got our thinking caps on and we thought we could create an event that helps people get together and celebrate their achievements!’ Ola says.

Ola tells me that they were honestly so surprised by the response and didn’t expect it to be so popular.

They had Media, Beauty and Industry panels, as well as performances from artists, at the event. They have since been invited to speak at other events about the incredible initiative.

‘We decided to take into our own hands to make sure women of colour get that little bit more representation in Ireland. We have a few ideas for upcoming smaller events throughout the year but our annual Beyond Representation event will take place this coming September and will have a similar format like the last big event’.

‘Irish media could definitely do a lot better with representing the real Ireland today. We’re changing and it’s happening fast. Our media needs to keep up with that too. There’s so much talent out there that’s not being represented enough. We need to branch out and find them.’

In 2020, Ola Majekodunmi launched her new show on Raidió na Life called ‘Afra-Éire’. She had felt that it was time for a change and knew that she had the skills to tackle something new.

‘I had spoken with someone in the industry previously who told me he knew I had more to do than just a music show’ she tells me. And so, Ola bit the bullet. The show debuted on January 18th, 2020 and plans to be live every second week on Saturdays.

‘Afra-Éire’ is about celebrating the African-Irish community here in Ireland and African issues in general.

‘I want to help show Irish society we’re here and doing great things! I want to explore all kinds of things that relate to the theme from fashion, food, hair, music and more. It’s important to have shows like this as Ireland is a lot more diverse now and it’s great to showcase this on a platform I have.’

‘The response online for ‘Afra-Éire’ has been unbelievable! I’m really appreciative of everyone who has contributed one way or another to the show somehow. There’ll also be a podcast of the show on SoundCloud every second week on Saturdays.’

It’s clear that the sky’s the limit for Ola Majekodunmi and she says that she has great plans in store for 2020.

‘I’m already putting heads together to create another video-documentary that’ll centre around race in Ireland,’ she enthuses. ‘I’m also meeting up with people to help me collaborate on a project that’s based around mental health. And on top of that, I want to achieve my goals and get my dream job in the media!’

You find Ola Majekodunmi on Twitter here and on Soundcloud here. Read about more interesting Irish people on We Are Irish.