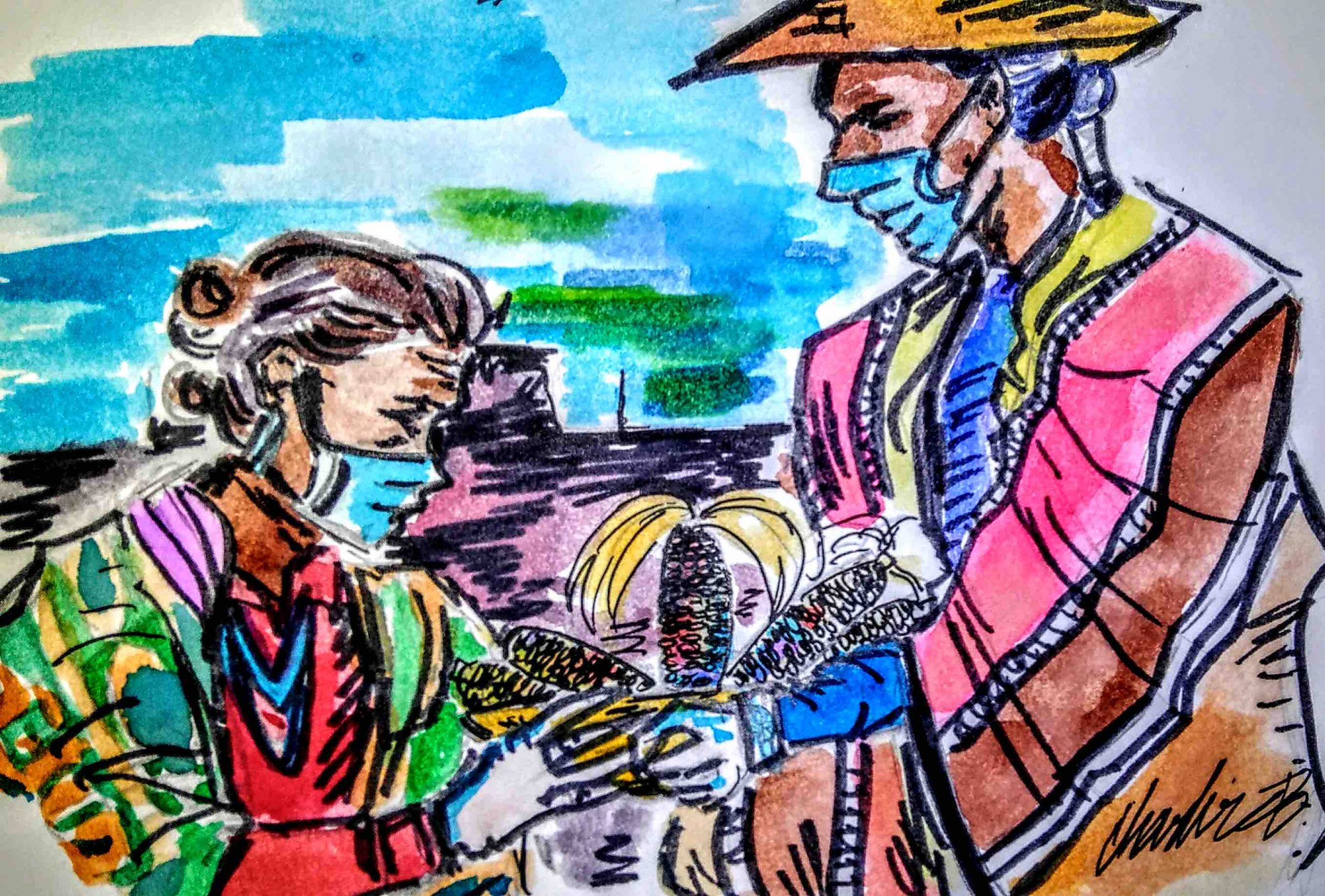 A significant number of Irish people are donating money to Native American tribes who have been affected by the COVID19 pandemic. At least 41 people in the Navajo Nation in Utah have been contracted with the virus.

Irish people are supporting a GoFundMe campaign providing relief to the Navajo and Hopi families which has so far raised more than $1.4 million.

During the Famine in 1847, the Choctaw Nation heard about Ireland’s plight and generously donated $170 (an incredibly significant amount back then and today the equivalent of about $5000) to support Irish people.

Not long before the Great Hunger, 60,000 Native Americans, including the Choctaw people suffered through the Trail of Tears and a huge loss of life. It is because of this that they had such empathy for the Irish people in their time of need. The Choctaw people dug deep for Irish people thousands of miles away who they had never heard of.

173 years later to today, the favour is being returned through generous donations from the Irish people to the Navajo Nation during their time of crisis.

The Navajo nation has lost so many of their sacred elders and youth to the pandemic.

‘In moments like these, we are so grateful for the love and support we have received from all around the world,’ writes one of the campaign’s organisers, Vanessa Tulley.

‘Acts of kindness from indigenous ancestors passed being reciprocated nearly 200 years later through blood memory and interconnectedness. Thank you, IRELAND, for showing solidarity and being here for us.’

The rise in cases is said to be partly linked to the lack of running water in a number of Navajo homes. It’s said that 40% of the funds raised will be going towards water supplies.

More than 250 food packages were delivered to Hopi Village on May 3rd as donations keep on flooding in.

You can donate and support these generous people, here.