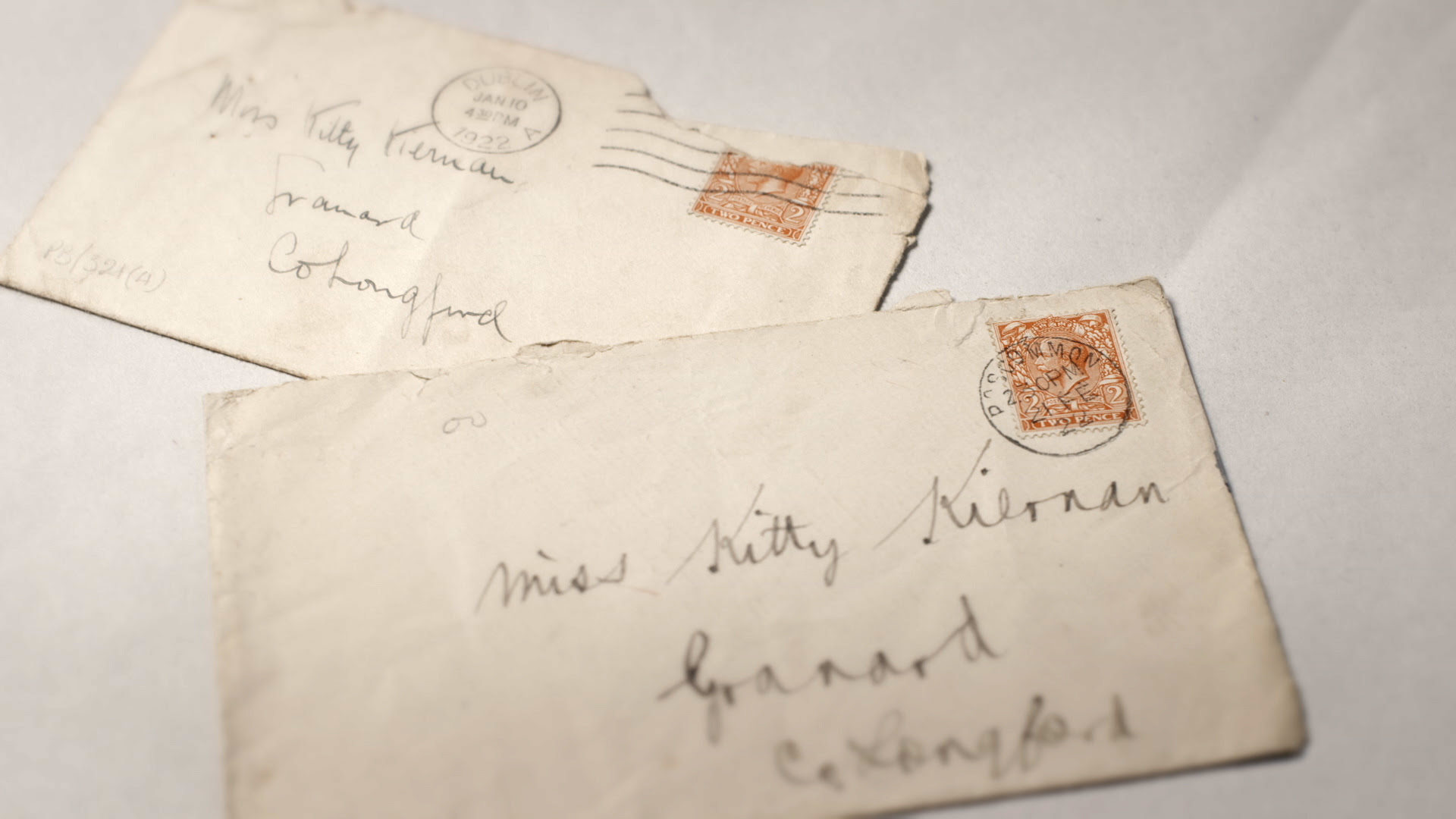 Scéalta Grá na hÉireann explores the most iconic love stories that have been told across Ireland’s history.

Ireland’s greatest love stories have played a major part in the formation of the country from the passionate Pirate Queen, Gráinne Mhaol to Oscar Wile’s affair with Lord Alfred Douglas.

Ireland’s greatest love stories reveals the greatest romances of the most iconic people to shape our nation.

Irish revolutionary Michael Collins and Kitty Kiernan kept their love alive through the 300 letters they exchanged between 1919 and 1922. Across the letters, one gets a fascinating insight into the tragic love story that took place during a harrowing period of violence.

The letters are lovingly preserved in the Cork Public Museum in Cork city.

“It’s an extraordinary archive, there’s nothing else like it in relation to a love story between such a well-known politician and his love,” Diarmaid Ferriter, Professor of History, UCD says.

Episode two examines the doomed love affair between Irish patriot Robert Emmet and Sarah Curran during the Irish rebellion of 1803.

Emmet’s fight for a free Ireland brought destruction to himself and to his beloved. He gifted Sarah a delicate brooch in the shape of a harp (see image above) which was to be a lasting symbol of his love for Ireland and his sweetheart.

The tragic lament outlines the life and murder of Art O’Laoghaire, an Irish Catholic who fought with the Hungarian Huzzars and returned home to stand up to the Protestant Penal Laws in Ireland.

Other emotional stories are documented in this great series which is sure to enthral people with an interest in Ireland’s history and those who want to hear about the love stories which shaped our nation.