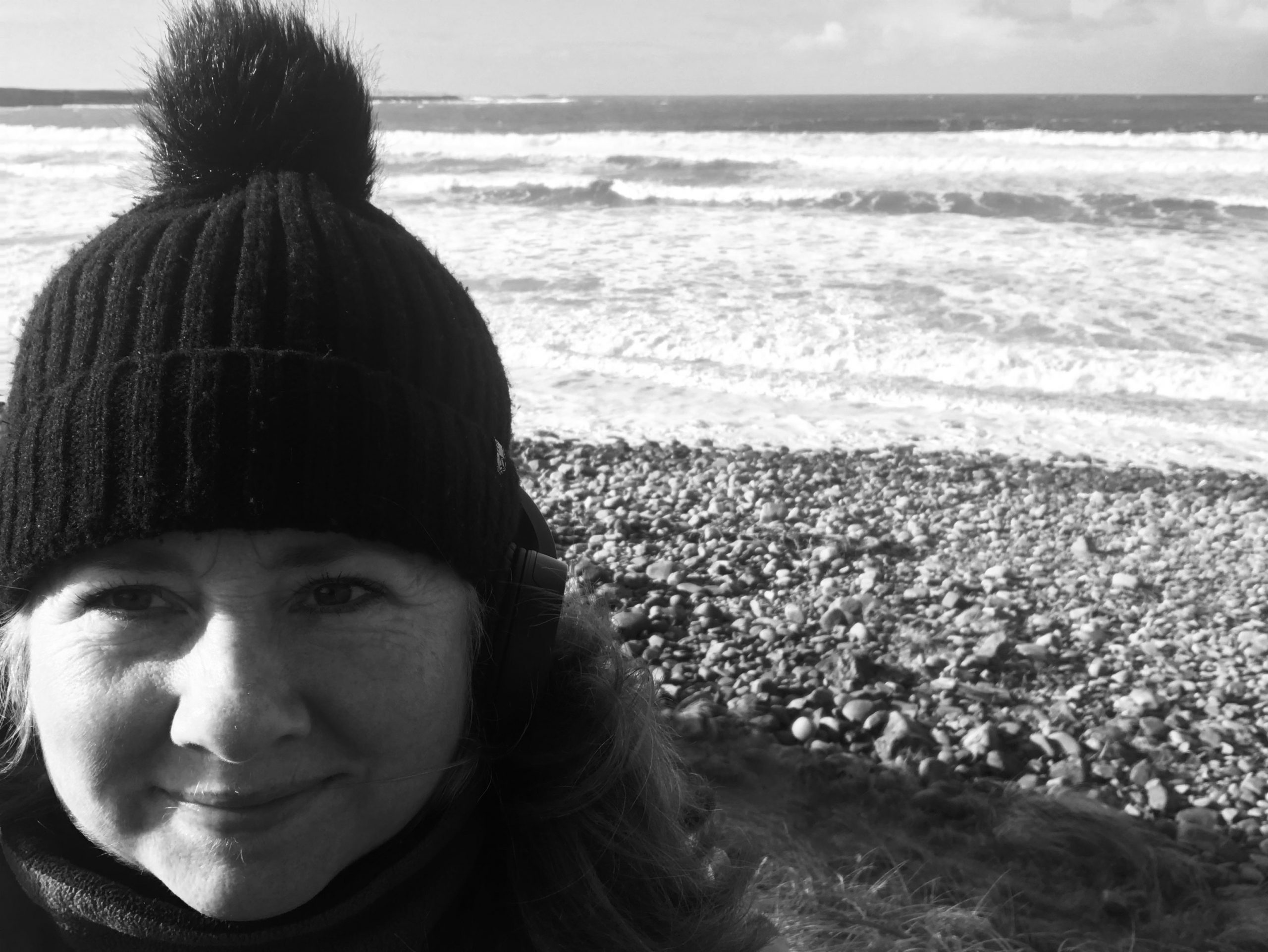 Irishwoman Áine Rynne is one of many kind and proactive individuals who find themselves working with people in Direct Provision. But she actually stumbled upon this kind of work by accident.

Áine is a creative arts professional who traditionally worked in the theatre and live-music scene. ‘I am a creative person, hugely passionate about music, love dabbling in art, writing and reading,’ she tells me. ‘Also being in nature is a balm for the soul these days.’

She grew up in West Clare and in 2018 after a long period of trying to stay afloat between the rental and housing crisis in Dublin, she returned home to see about making a go for herself back on her own turf.

‘In the summer of 2019, I began to doubt strongly ever being able to settle or find my feet in Clare both career and lifestyle-wise,’ Áine tells me.

‘Opportunities of employment are scarce and my efforts to find work – either voluntary or paid that fit in with my skills set were falling flat. That was until a few of us came together after learning about the new emergency Direct Provision centre in the town.’

Áine was drawn to this centre and had a strong sense that this would be something that she could contribute to.

For those who don’t know what Direct Provision is, it’s a system that was established back in 2000 to house asylum seekers entering Ireland in search of international protection. Originally described as an ‘interim’ system providing short-term accommodation, these days asylum seekers now find themselves trapped in Direct Provision for years while they await the outcome of their application.

Áine slowly began meeting and conversing with the residents in the emergency Direct Provision centre in Clare; 35 single men, all different ages, nationalities and all from varying circumstances. Many had left wives and children behind in their home countries to come to Ireland. She tells me that what began as a small group of volunteers has now evolved into a very strong, tight-knit community of around 20 locals.

She is one of two coordinators who are actively involved in setting up activities in the centre like dance classes, drumming workshops and English conversation groups but she says that organising these sessions are not always straightforward.

‘We have to take into consideration that many of the men are dealing with trauma on a scale we don’t fully understand. So, we try to encourage them to go to events or engage with our efforts as much as possible,’ Áine explains.

‘But there are some men who do not choose to get involved because of many complex reasons. We also have a very active WhatsApp group where we announce new events and activities for ‘the lads’ as we like to call them!’

The locals who support those in Direct Provision often bring the men to their homes, share their meals and help them as much as possible. Some even go above and beyond by giving them new clothes, food and other supplies as needed. Donations, Áine tells me, are of huge contribution to the men.

‘Our efforts have rejuvenated the town. More locals want to get to know the men, want to help them as best they can, and we are growing our efforts all the time,’ she says.

Áine says that the experience of working with those in Direct Provision has been hugely transformative for her and there have been many special moments that stood out from her experiences so far.

‘One of the biggest moments for us was when RTÉ came to film a segment relating to Direct Provision and our group was highlighted as a success story for integration,’ she says.

‘Two of the men have been learning and playing music for some months and performed Miltown’s anthem “Lovely Old Miltown” and the sense of pride and delight among us all was very clear to see.’

‘For me, personally to see such a huge swell of support and solidarity towards the men as they try to get on with their lives under very difficult circumstances has been so amazing,’ Áine tells me. ‘It has been a very eye-opening time for me as it has helped me hugely to connect back to the community and feel part of the local life in my hometown.’

Áine tells me that the issue surrounding self-isolation is a hugely contentious issue for them right now given the global pandemic.

‘We are extremely concerned about the wellbeing of our neighbours who not only cannot take social distancing measures but are also contending with substandard, cramped and unhygienic living conditions. So, the system? It is 100% not fit for purpose’.

According to Áine, Direct Provision needs to be scrapped and an entirely new approach to the housing and integration of asylum seekers to this country must be implemented. She says that it is an unjust system that belittles and degrades people to such a degree that it is practically unbearable.

Áine says that a new system should include independent, non-institutional own key accommodation for all asylum seekers and their families.

‘This is dignified and in keeping with human rights,’ she explains. ‘Workers’ rights need to be across the board for all. In this crisis we are in, medical professionals seeking asylum in this country have got to be given the same opportunity to tackle what our society is battling. Asylum seekers, when you get to know them on a personal level are incredibly resilient and all of them only want a better life where they can work, be educated and be part of Irish life with dignity and fairness.’

Áine’s passion for her community work shines through and on her birthday last November she was quite taken by the messages of love and friendship she received from the men who she says show her nothing but kindness and gratitude.

If you would like to support those in Direct Provision and stand in solidarity with those who need a voice, please consider looking at this list by the Irish Network Against Racism here.