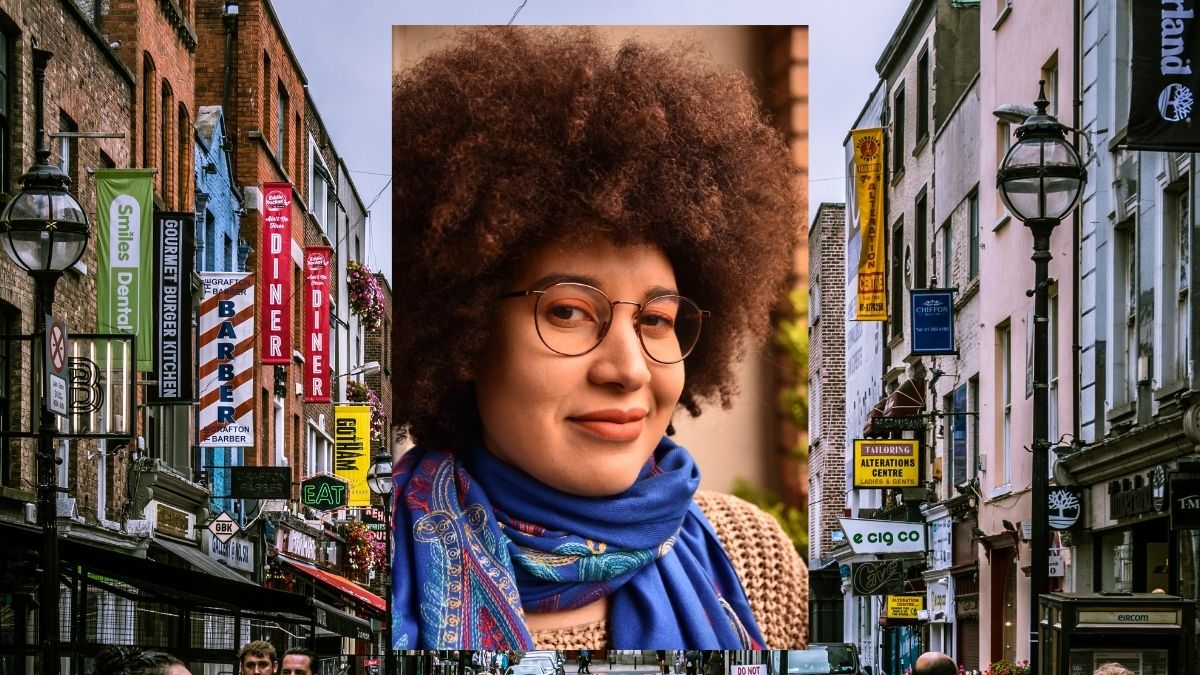 Author and illustrator Charlot Kristensen is originally from Denmark and grew up in a mixed family with a Danish dad and a Zimbabwean mom.

She found her artistic streak at the age of nine drawing cartoon characters, beginning with Disney but soon discovering the world of Anime and manga. Despite being at such a young age, Charlot knew that comics were her calling.

Charlot left Denmark for Ireland at 16 with her family and ended up in Belfast.

‘I definitely had a tough year adjusting in Belfast as a teenager. Leaving your friends back home to start all over at that difficult age was some of the toughest years I experienced but I now look back at it in a more positive way,’ she tells me.

‘I feel it’s taught me a lot about adapting and that you’ll always make new friends wherever you go. I also got to be around some artists for the first time ever so it had its good moments.’

Charlot spent four years in Belfast before moving to Dublin where she’s been since with the exception of studying in London for three years.

‘Today I’ve got a lot of communities around me and some really close friends that have made Dublin feel like home,’ she says.

Charlot focuses on work that empowers Black people and minorities and decided to explore this as she never saw herself represented in the media growing up.

‘Funny enough I only really drew white characters because that was all I really could see around me,’ she muses.

‘I didn’t know what a Black superhero looked like or how diverse and 3-dimensional we could be so I thought these were things that weren’t for us. Also, no one ever told me I could just draw Black people.’

It was in 2014, Charlot’s final year in University, that she decided to change that. This also coincided with the year that the Black Lives Matter movement began to gain traction.

‘And for the first time, I started paying attention to what was happening to my people and how my own experience as a Black person had affected me my whole life.’

Charlot joined the full-time freelancing world in February 2019 after years of working in IT customer service.

‘Juggling commissions on top of my day-job became too exhausting and I remember starting to feel like I either had to drop working as an artist or quitting my job, so I took the risk,’ she says.

‘It’s been a learning curve and definitely a strain on my financial income but it has also come with great benefits such as a healthier mind and more time to create.’

Charlot spent a lot of time building on her connections over on Twitter by interacting with other artists and noticed that her art was more well-received by a US audience and so began focused on connecting with artists living in the states.

Jumping on popular hashtags like #portfolioday, #visiblewomen and #drawingwhileblack helped a lot she tells and also led her to be noticed by clients who are interested in her art.

‘What We Don’t Talk About’ is Charlot’s latest project and it came about when her now publisher dropped her a line over on Twitter asking if she would be interested in working together.

‘I had never created a fully written/drawn graphic novel before so I was quite unaware of how much work and time it would take,’ Charlot says.

‘I remember working so many evenings into the early hours of the morning but I learned a lot. Especially that it’s okay to ask for help or rely on others more. All my art is created on my iPad on a program called Procreate using my Apple-pen.’

‘I love how easy it is to use this painting tool although it’s not ideal for comics. So when I’m done I usually finish up in Photoshop where I add the text and layout to my comics.’

Anime and manga still remain a strong influence in Charlot’s art. Artists such as Yoko Kamio, Hayao Miyazaki, Tomoko Ninomiya, Rumiko Takahashi and Ai Yazawa has had a great impact on her, especially when it comes to adding atmosphere and emotions as well as storytelling elements.

The talented artist just got a new book deal through her literary agent and will also be the illustrator for a graphic novel titled “CARLOS ALEJO HAS TO LOSE HIS CHICHOS” written by Mathew Rodriguez.

It’s set to be released in 2023. Apart from that Charlot is also developing her own new story which she hopes to work on in the future.