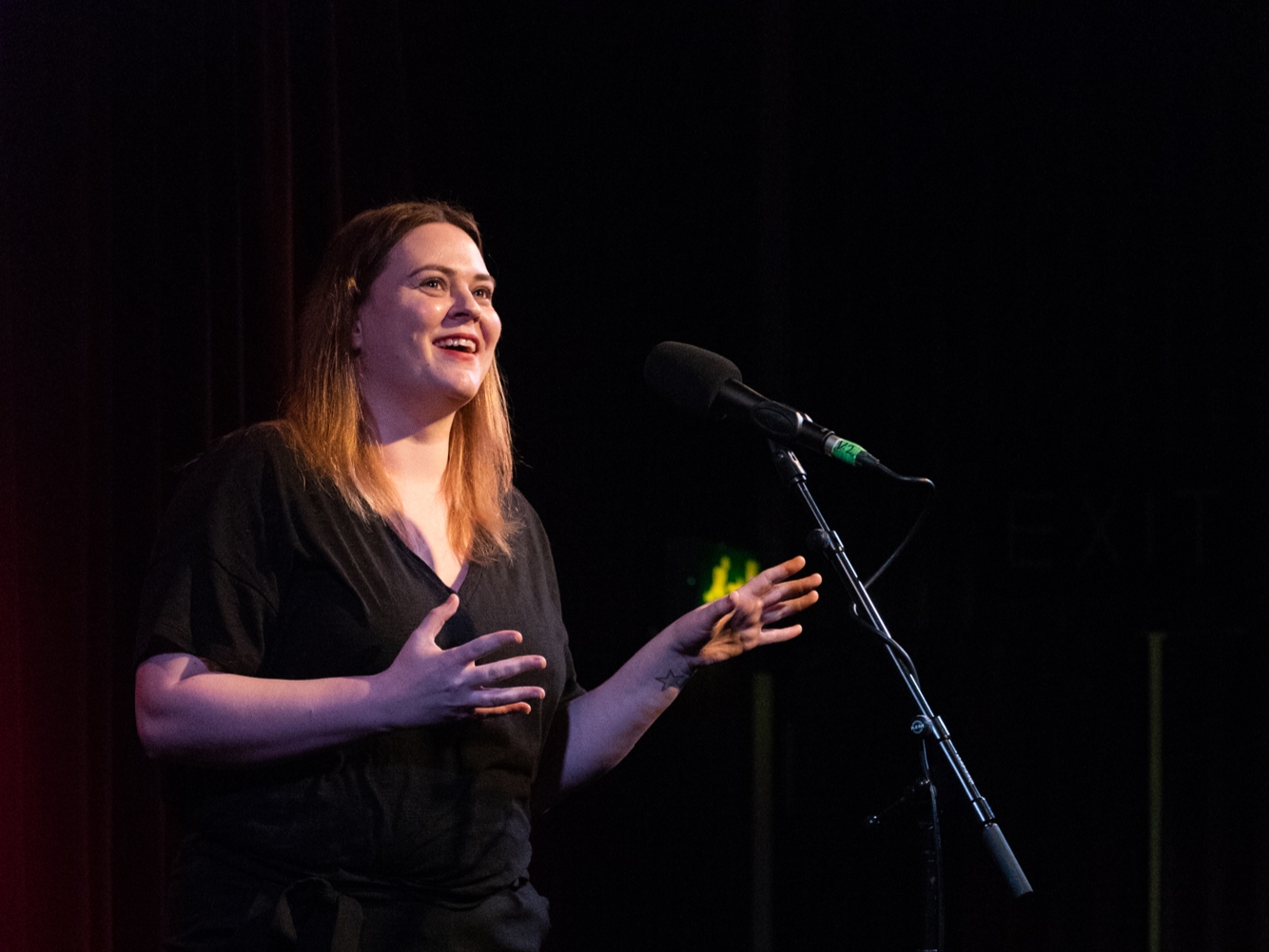 Dubliner Dr Caroline West is a DCU lecturer and an expert in her field with in-depth knowledge about sexuality studies here in Ireland. Originally from Ballybrack in South Dublin, this is her story and how she came to be one of the country’s few experts in all things to do with sex and sexuality.

Though from Dublin’s Southside, Caroline now lives on the Northside. ‘I guess I get my adventurous side from my dad, who definitely led by example!’ she muses.

As a young person, Caroline found herself volunteering with ALONE, a charity organization in Ireland which was set-up to highlight the issues facing older people living alone, and this is what she says influenced her degree.

Caroline studied social science intending to work with people in the future and following her degree she went in search of work in social care in the UK and Ireland.

‘I’ve worked with adults and children experiencing homelessness, women experiencing domestic violence, the elderly, and many more groups in a variety of roles,’ she tells me. ‘I decided I wanted to go back to college and ended up doing a Higher Diploma in Psychoanalysis.’

While studying for that diploma, Caroline began to look deeper into the topic of sexuality and female sexuality in particular.

‘Psychoanalysis was an early look at mental health, but it was already infused with misogyny, with Freud telling female psychoanalysts they were wrong about female sexuality and female orgasms,’ she explains.

‘This was interesting to me, as I had long been interested in why we were so interested in other people’s sexuality to a point where people would hate others for what they did in the bedroom’.

Caroline tells me that she feels that this interest partly stems from watching TV shows like Eurotrash as a young person, which showed Europeans doing all sorts of unusual and wild things.

‘This showed sex as being fun and silly and a good thing,’ she says. ‘Whereas in Ireland, sex was seen as something to be ashamed of, not be spoken about, and pleasure was not part of any public conversations about sex in Ireland – especially concerning female sexuality. What this led to is a lot of shame, stigma and trauma. When I was doing the HDip, I became aware of DCU launching a masters degree in sexuality studies, and I joined this in the second year’.

Unfortunately, the main findings focused on stigma and violence. The actors reported experiencing stigma from potential dating partners, from family, and wider society.  They also stigmatised colleagues who gave the industry a bad name through drugs or reckless behaviour.

Caroline has taught a range of topics including the history of sexuality in Ireland which she says is generally quite disheartening. In it, she covered the recent referendums, sex work, activism, sex shops and the Magdelene Laundries.

Her current module, however, covers sexuality, society (mainly through a queer lens), and topics like the retelling of classic fairy tales like Medusa, a queer history of glitter, artivism and more.

According to Caroline, one of the main things that need to change when it comes to her studies is the power dynamic in research which she says favours researchers but not the participant. She says that sex workers should be the ones to lead research on sex work.

‘The researcher does not face the same risk of being asked invasive questions, or having their story used against them, or taken out of context,’ she explains.

‘If we adopted a more egalitarian approach, the participants could decide on the method of research, the questions asked, and how the results are interpreted. Sex workers who speak up about their experiences are often dismissed about being non-representative, but sex workers are the experts in sex work, and sex work is a very diverse industry, and different across type, location, gender, race, disability, and many more intersections.’

Caroline believes that the people of Ireland are ready to have conversations about sex but that quite often it’s difficult to find calm conversations or conversations that are not influenced by just religion and are beyond a ten-minute slot in the media.

‘Stigma results from fear and ignorance, and both of these are a result of poor sex education, and our insecurities around sex and sexuality,’ Caroline says.

‘So we can reduce stigma by having open conversations and providing resources so that people can inform and empower themselves’.

Why is it that we often joke about it? Well, Caroline says that it this often stems from an insecurity within ourselves and laughter releases that nervousness and tension.

‘We still have the hangover of shame when it comes to sex, as historically we have viewed sex in very negative terms in Ireland. We need a new reality where sex is viewed as a fun thing to do, once it is consensual. This helps us in so many ways, such as having the confidence to ask for what we want in bed, or being able to explain to a GP if something feels wrong.’

Caroline believes that we also must listen to what students have been repeatedly saying both in the media and academic studies about the standard of sex education in Ireland as it’s also not inclusive of LGBT+ identities.

‘I think all genders find it easier to talk more openly about the performative aspects of sex like ‘oh yeah I banged three people last week’, but we are more hesitant to talk about authentic experiences of sex or the emotional side of sex,’ she says.

‘We are also a bit slower to talk about when sex goes wrong, and seek out help. This is sad as it means people can suffer in silence, or be willing to follow some dodgy advice that can make the issue worse.’

When it comes to pornography and information about sex online, Caroline says that the results can be beneficial but also not so much for online users.

For example, it can, she says, be used positively by sex educators to talk about sex and healthy relationships. But there are things that one must be aware of while browsing through the reams of pornography too.

Caroline’s students from DCU go into many different careers following their degrees and she has kept in touch with a few like Robbie Lawlor who is doing amazing work as an HIV advocate and Sarah Sproule who is a sex educator.

Some students might not focus on sexuality but might be more conscious of incorporating a gender/sexuality analysis into their research, such as being more questioning of statistics that may not be inclusive, either in demographics or language used.

Caroline’s new podcast Glow West has recently launched which she says is a very exciting thing and is part of a wider initiative of her sex education for adults. Caroline is hoping to host workshops, talks, art events, tours and says that now is the right time to get started.

‘I know lots of people are setting up podcasts now, but I swear it was planned for a while!’ she jokes. You can find out more about Glow West here.