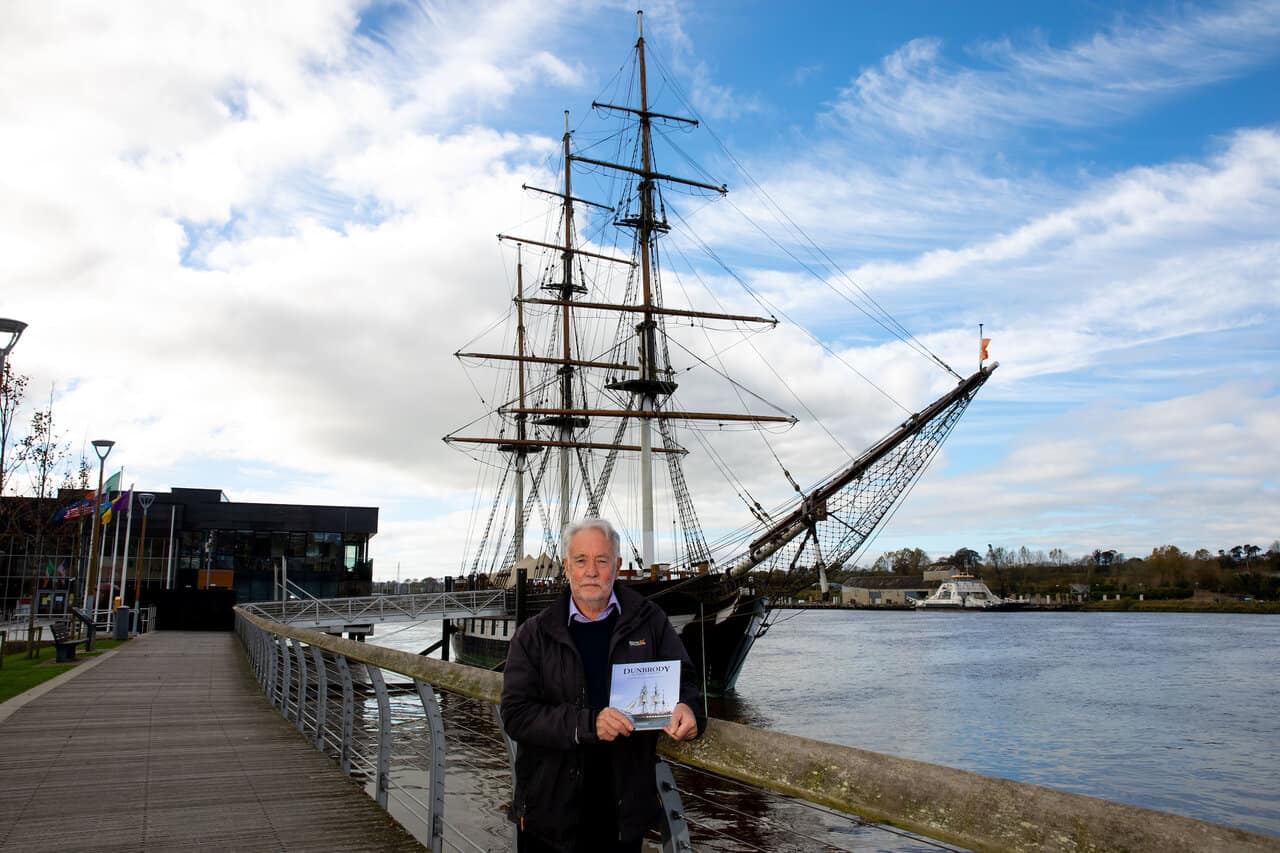 A newly published book, ‘Dunbrody, A Famine Odyssey – How JFK’s roots helped to revive an Irish town’, tells the story of how with thanks to the Kennedy family, a small Irish community in Wexford put itself onto the global tourism map.

The book covers the formation of an organisation founded to capitalise on the Kennedy family connection with New Ross, one man’s ambitious vision inspired by his boyhood hero and a town’s multimillion-euro gamble to lift it out of the 1980s deep recession.

“I am delighted to be sharing this incredible story; one of a town that came together and rallied to ensure its own future,” author Seán Reidy said.

Seán spent 23 years working to ensure the Kennedy family connection between Ireland and the US is the success that it is today and delivering on the building of a full-scale replica of the Dunbrody Famine Ship.

“The vision of building a full-scale replica Famine ship in 1991 was one some could call ‘crazy’ but it was a vision that the town got behind and helped to make happen,” he says.

“Those times are not unlike the present day, the need to rally together to ensure the future of each of our own small towns and our country. This story is one of hope and tenacity and showcases what can be achieved when we pull together.”

Seán was CEO of the JFK Trust from 1991 to 2014 when not only was the Dunbrody Famine Ship built but also its visitor centre, along with the Irish America Hall of Fame and the Irish Emigration History Centre.

He was also a key figure in the development of the new Kennedy Homestead Visitor Centre at the Kennedy family’s ancestral home a few kilometres outside of New Ross town.