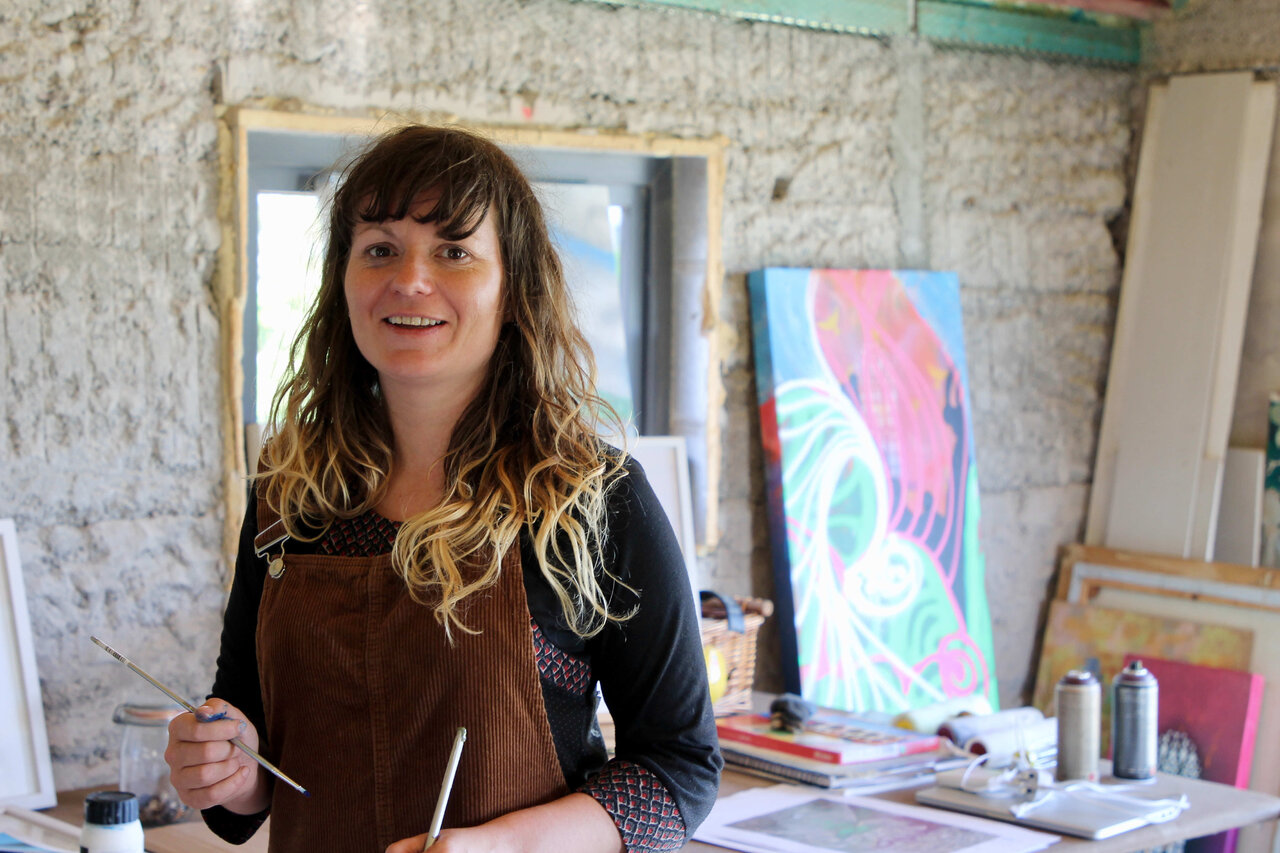 TG4 and Molscéal are celebrating Culture Night 2020 with Ealaín na Gaeltachta and as part of the celebration, a newly commissioned film Tearmann featuring artists from An Ghaeltacht will be broadcast on the night.

Tearmann explores how the landscape, local customs and Gaeltacht communities themselves continue to influence a new generation of artists.

Below is a blaisín or a teaser from the documentary.

And here are the artists who are involved in Tearmann:

Áine Ní Chíobháin is an artist born in Cork City with family roots in Corca Dhuibhne. She is living and working in Dingle, since 2007. Áine has a multidisciplinary approach to art, she draws, paints, etches, paints murals, films short-form videos, writes poetry and much more.

According to Áine artworks are enriched by back-stories, field trips and investigation into the meaning of people and place. With copperplate etchings, there is an element of surprise that Áine enjoys. As she develops her artistic processes she draws more and more from memory and imagination.

Siobhán Ní Dhuinnín is a dance artist from Cork.  Her work is primarily concerned with place and the interconnection of non-human and human.  She is currently Dance Artist in Residence at the Ionad Cultúrtha, Gaeltacht Mhúscraí providing a range of workshops, classes and performance projects to the community often in collaboration with local artists.

Johnny Óg Connolly is an internationally renowned traditional Irish musician and composer from Indreabhán in Connemara, who began playing the accordion at the age of nine. He learned from his father, the renowned box player Johnny Connolly, and from Micheál Ó Coistealbha, and began to win national awards by 11.

At 14 he joined Na h-Ancairí, fronted by the legendary Conamara singer, John Beag Ó Flatharta. In 1994 Johnny joined the Seán Keane Band and toured throughout Europe and North America. In 1998 he recorded Dreaming up the Tunes, an accordion/banjo duet album with Brian McGrath. The recording received much critical acclaim. In the same year, Johnny joined Michael Flatley’s Lord of the Dance and toured extensively in Europe, the Middle East and the Far East.

Cathal McGinley is from Inis Bó Finne; he was born whilst his family were still living on the island but was raised in Machaire Rabhartaigh overlooking his family’s home place. Cathal obtained his degree in Sligo and later his MAFA in University of Ulster. Throughout this formal education, Cathal maintained a ‘grá’ for his home place and its people, customs, and heritage.

This assimilation has happened over millennia, handed down, eventually reaching this artist who digests it and makes it visible through his own interpretation. His sensibility is that of an islander and this unique perspective is demonstrated here through his art. Cathal is a multidisciplinary artist; he paints, draws, sculpts and more.