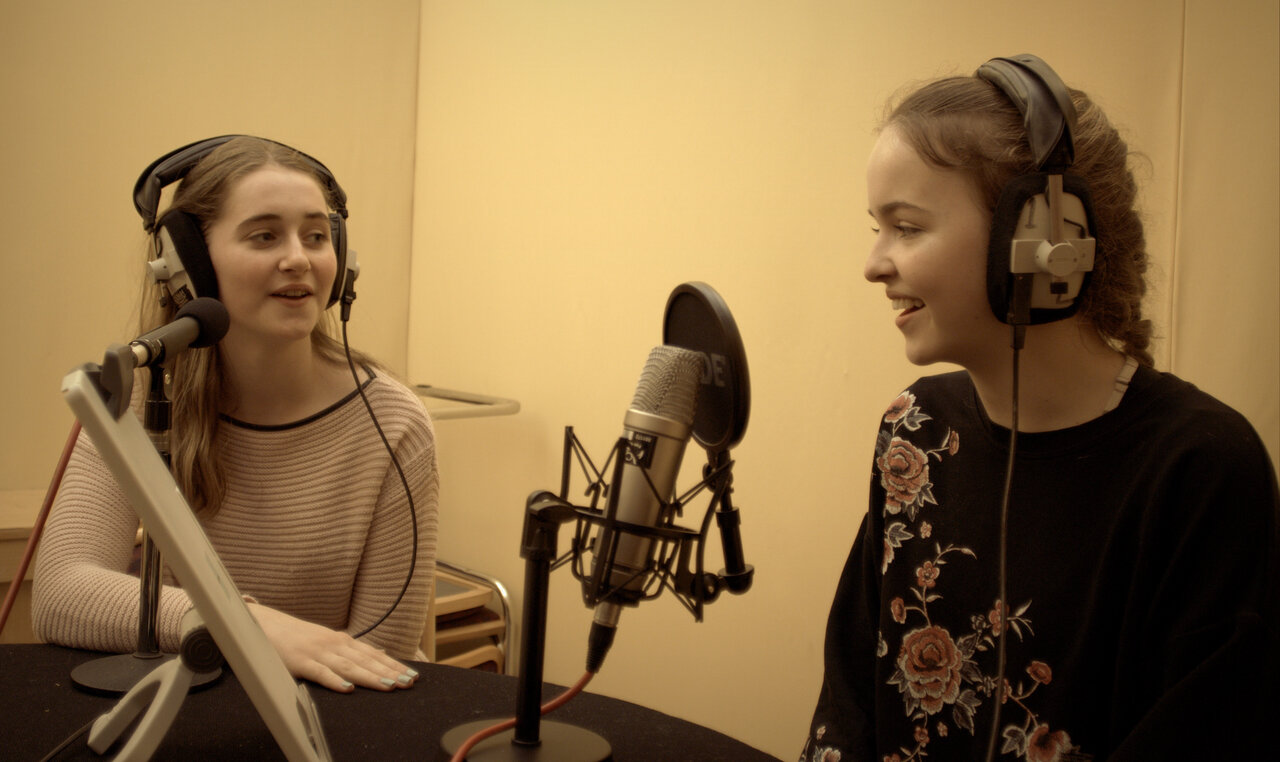 Transition Year students are being offered a great insight to journalism in an online course with thanks to NUIG, Nuacht RTÉ and TG4.

Some of Ireland’s finest television, radio and digital journalists and broadcasters will be teaching on this course which will cover many exciting aspects of the trade for budding journalists.

NUI Galway, Nuacht RTÉ and TG4 are running the week-long Iriseoirí an lae amárach programme in conjunction with An Chomhairle um Oideachas Gaeltachta agus Gaelscolaíochta (COGG) and the Department of Education.

The course is aimed at students in second-level schools in Gaeltacht and other Irish-medium secondary schools. It will be held via Zoom between 1–4 March 2021.

Each day a mix of material will be presented by a team drawn from NUI Galway’s media and communications courses and from journalists broadcasting on TG4, RTÉ Raidió na Gaeltachta and who are producing content online.

Award-winning video journalist and filmmaker, Seán Mac an tSíthigh will share his skills and experience in compiling stories of a cinematic quality for TG4 and RTÉ.

Television news anchors Eimear Ní Chonaola and Siún Nic Gearailt will speak of the joys the trials and the tribulations of daily live broadcasting.

Choosing and presenting stories for online platforms will be covered by Siún Ní Dhuinn of RTÉ Digiteach/Gaeilge.ie and Beo Ar Éigean.

The course will also give an insight into following a career path in media along with providing stories for a sporting nation on GAA, soccer and horseracing will also be outlined and discussed.

“The last few years, punctuated by the catch-cry of ‘fake news’, have made us all more conscious of the importance of quality journalism.  Iriseoirí an lae amárach enables Transition Year Students to see for themselves what journalism involves and it gives them experience that may help them decide if they wish to pursue a career in a field so vital to democracy and social justice,” Professor Breandán Mac Suibhne, Stiúrthóir Léinn, Acadamh na hOllscolaíochta Gaeilge, NUI Galway said.

Programme Director of the MA (Cleachtas Gairmiúil sna Meáin), NUI Galway, Aodh Ó Coileáin, said: “The European Court of Human Rights in Strasbourg has compared the vital role of journalists to that of ‘public watchdog’.  Accordingly, the Court has afforded the press the broadest scope of protection.  Freedom of the press is one of the great gifts of a democratic society.  Perhaps now more than at any point in our history, Ireland needs free, critical, impartial and independent media.”

“NUI Galway, Nuacht RTÉ and TG4 and An Chomhairle um Oideachas Gaeltachta agus Gaelscolaíochta hope that this vibrant new digital course will give an insight to students and perhaps encourage some to choose education in journalism or some aspect of media and broadcasting.  The truth always matters,” concluded Ó Coileáin.