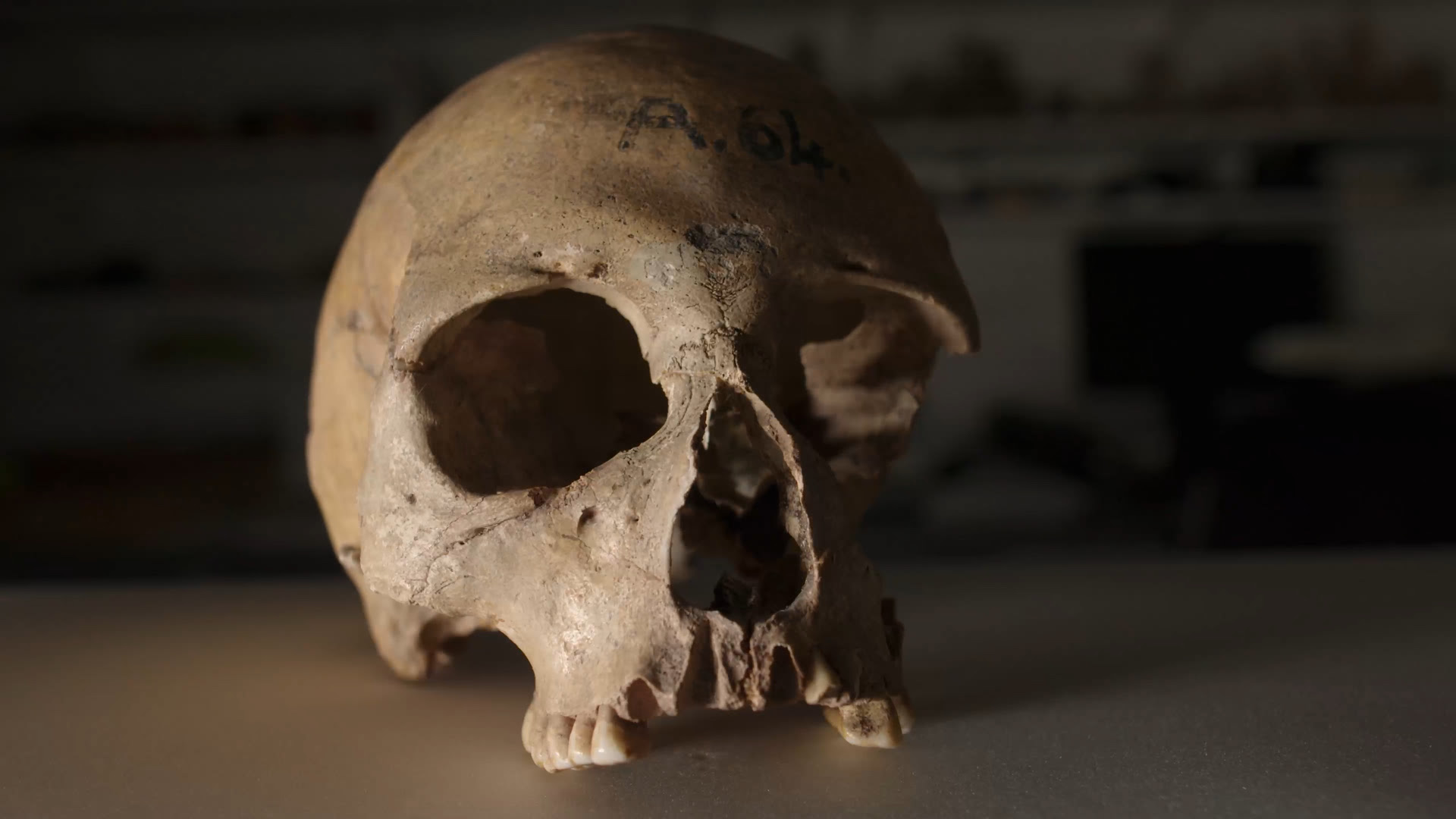 DNA Caillte, a new Irish language documentary series produced by Tile Films for TG4 is to air this September.

The fascinating series reveals shocking truths about the ancient and medieval inhabitants of Europe and how extreme weather influenced the most critical battle in Irish history.

In DNA Caillte a team of geneticists based at Trinity College Dublin look into the truth about ancient Europeans, from the hunter-gatherers who stalked and foraged in the wild, to the first farmers, who migrated from the Middle East.

In this dynamic new science/history series, presenter of DNA Caillte Manchán Magan explores the fascinating scientific evidence that is giving a new perspective on our past.

Brought to you over three weeks, beginning Wednesday, September 2nd at 9:30pm, Manchán travels around the country to visit archaeological sites, chats to historians and archaeologists, and ventures inside laboratories to watch scientists’ piece together the past using ancient bones and skulls.

In Episode One, Bunús he investigates the extraordinary new DNA evidence that reveals a dark secret in the heart of ancient Newgrange.

In Episode Two, Rúin na hUaighe, he discovers how DNA and other scientific evidence suggests that people practised paganism for centuries after the coming of Christianity.

And in Episode Three of DNA Caillte, In Aimsir Chogaidh, he explores extraordinary climate science to reveal how a volcanic eruption affected one of the most critical battles in Irish history, the Battle of Kinsale.

[Though DNA Caillte has previously aired, you can rewatch it on the TG4 Player here]