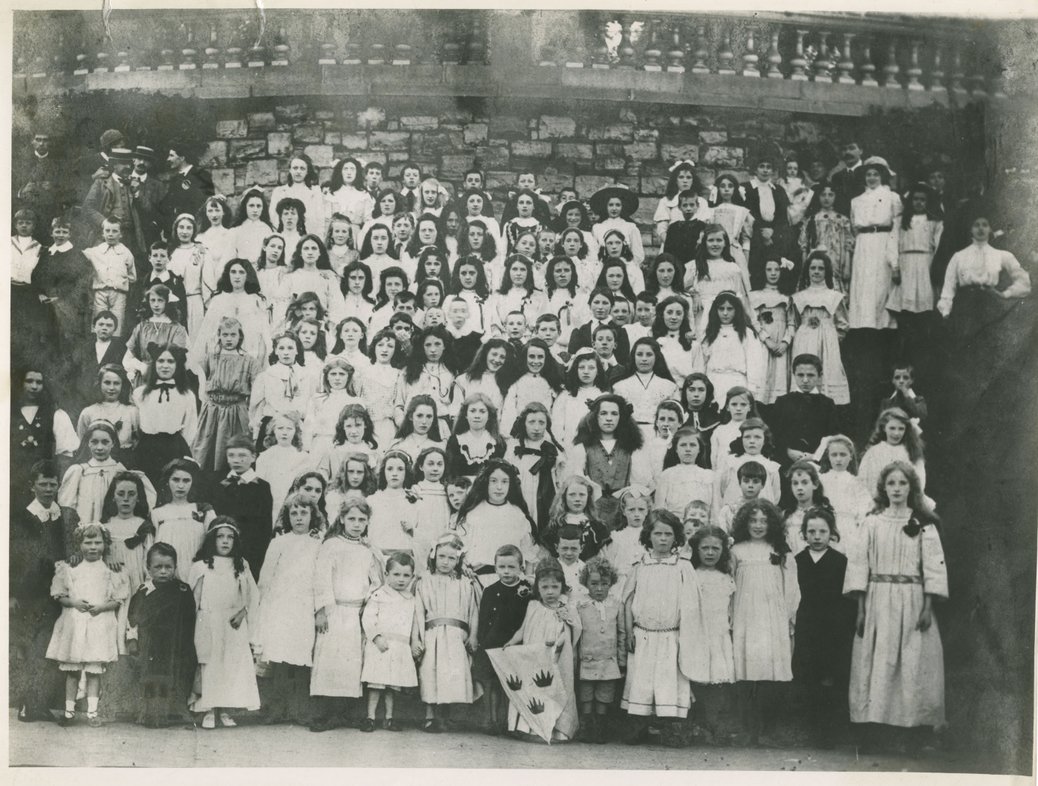 Conradh na Gaeilge (The Gaelic League) is an organisation which was founded way back in 1893 to promote the Irish language in Ireland and abroad. This fascinating digital collection encompasses material from this period through to 2018 when it was accessioned.

Archivist Niamh Ní Charra spoke to me about the digital archives and what the process was like to bring everything together.

‘I read a lovely description once that an archivist is a memory keeper, and in essence that is exactly what we do,’ Niamh tells me. ‘We preserve and keep records of things and events that happened for people to access in the future. This could be anything: receipt, a photograph, a report, a design, a contract. Many libraries have archives, but they exist elsewhere too’.

‘In terms of what I do, when a collection comes in there are lots of tasks that have to happen before it can be made accessible. I appraise a collection, remove what shouldn’t be there, make it safe, arrange it into a more manageable structure, catalogue it, assess for GDPR issues, digitise where necessary and where funds allow, then make it available.’

The main body of material in this online collection features records from the Conradh na Gaeilge headquarters and material returned by branches in Ireland and abroad, notably the London Branch.

Covering the revolutionary years of the War of Independence, The Civil War and the foundation of the Irish Free State as well as more modern turbulent times like the Troubles, this archive gives a unique insight into Ireland’s history through the eyes of the Conradh.

With an unwavering focus on the Irish language, over the years staff in the Conradh were actively involved with promoting and using Irish in all aspects of everyday activities. The archives also cover classes, events, Seachtain na Gaeilge, the Oireachtas and so much more.

The process began in 2018 when Conradh na Gaeilge celebrated its 125th birthday. Leading up to that momentous anniversary it was decided that all the records should all be properly archived and preserved for the future.

That year the collection was transferred to NUIG to be processed and stored, and Niamh began to get to work.

‘I was contracted as the project archivist and project manager and am essentially the sole person responsible for processing the collection. Covid-19 delays aside the work is earmarked to be complete by March 2021,’ she tells me.

It was far from an easy task Niamh says. The equivalent of 850 bankers’ boxes arrived which was the biggest collection to make its way to NUIG to date. They covered a multitude of topics generated over 125 years, which also covered 32 presidents over 32 terms.

‘The hardest part of my task was coming up with an arrangement that made sense of all of these various topics, that gave the collection a structure and made items in the collection as discoverable as possible for researchers, students and the general public,’ Niamh says.

‘Only when everything has been made safe, and put into this arrangement can you start on cataloguing. That started in October but rather wait until the end of the project for people to have access to the material, I am releasing the material in ten tranches. At this point 30% of the collection is open to the public to access.’

Niamh tells me that archivists are usually just involved with one or two aspects of the whole process so it was a great honour to be working on the whole thing as well as project managing the archive. The material is safely stored in archive boxes on shelves in a climate-controlled storeroom.

‘For me, it also was the chance to work with something in the Irish language – not many archivists have good enough Irish to allow them to deal with such a bulk of material, much of it in the seanchló, so I suppose it was a way to showcase that skill.’

There were lots of wonderful discoveries like a cheque to Patrick Pearse for his school which he endorsed on the back and many amazing photographs including one of Fleadh na Leanbh (lead image) which was part of the Oireachtas competition in 1909.

There were also posters of concerts, flyers for a campaign to have Irish language programming for children, and multilingual wrappers for lots of things including a Welsh bag of Dragon crisps.

But this project isn’t complete, and its work is still ongoing.

The purpose of this digital exhibition is to allow people to become familiar with the collection while it is still being catalogued.

Right now, 13 of 45 categories of material have been released, but with the exhibition, people can see what the other 32 categories are and get to learn about Conradh na Gaeilge itself and the collection as a whole. The exhibition includes 45 images, one per series (or category).

Down the line, there will probably be sections of the collection that will be digitised but this depends on resources (including funding) and the important job first is to get everything catalogued.

Many thanks to Niamh for speaking to me about these archives. You can read more about the process of pulling this archive together here and of course, see the exhibition here.