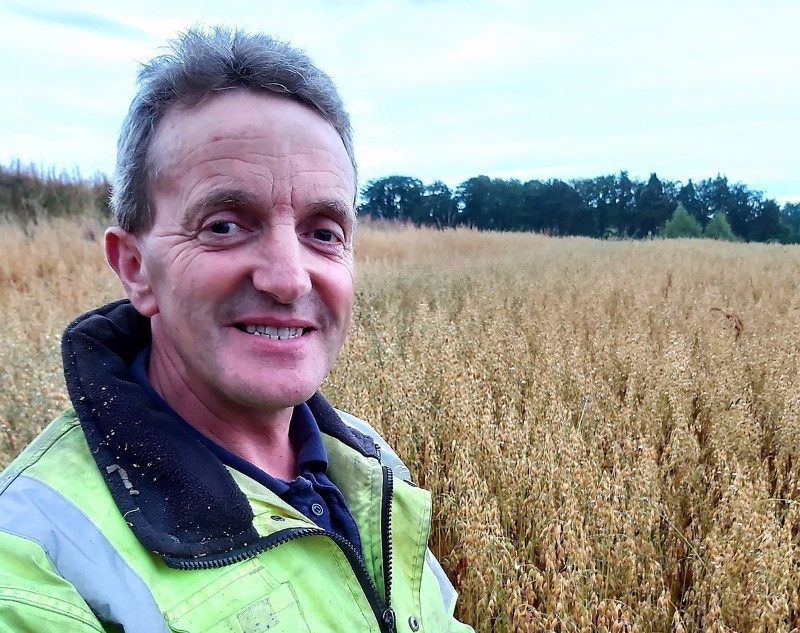 Puy lentils are often associated with warmer climates like those of Puy-en-Velay in South West France, but North Cork arable farmer Tom Fouhy has just harvested three tonnes of the protein-rich pulses.

The former Farming For Nature ambassador has been going against the grain to figure out what pulses and speciality crops he can grow organically on his 84-acre farm in Castletownroche.

This year, he has grown lentils, fava (broad) beans and lupin beans, a popular staple food across Egypt and the Middle East.

Tom Fouhy’s hunch that pulses are going to feature more on Irish plates and in Irish fields in the coming decades shows he’s the one with his finger on the pulse of Irish agribusiness and this was proven true at the launch of FoodVision 2030, Ireland’s agripolicy until 2030, at Dublin Castle recently.

A “low supply of pulses” has in fact been identified as one of the challenges Ireland faces to its food security and the availability of nutritious foods in the future.

So said Lawrence Haddad of GAIN (the Global Alliance for Improved Nutrition), speaking at the launch of FoodVision 2030 earlier this month.

Ireland needs to “redirect agriculture subsidies from staple crops to increasing production of nutritious foods,” according to the “Food Systems Dashboard” that Lawrence Haddad helped to design. Many fascinating statistics on Irish food and agriculture can be found in the online resource.

Bitesize talks on the future of food

Join Tom Fouhy and other speakers for a selection of bitesize talks on their vision for the future of food at The Crawford Art Gallery at Food Futures, the closing event at Meat and Potatoes, the food-themed exhibition which has been on display in the gallery since July.

A series of TED-style talks will feature Tom’s take on the Irish potential to grow pulses, space-age solutions to urban farming with Jenny Twomey from Green Towers, European Farm to Fork strategy with Dr Barbara Doyle Prestwich from UCC’s School of BEES, and the latest research on potato blight resistance with Dr John Mackrill of UCC’s Department of Physiology.

The evening will be hosted by food policy expert Ruth Hegarty. Join Ruth and our speakers for this informal event that will also feature a host of interesting nibbles and leave time for a last look at the Meat and Potatoes exhibition, which comes to a close on Sunday, November 6th.