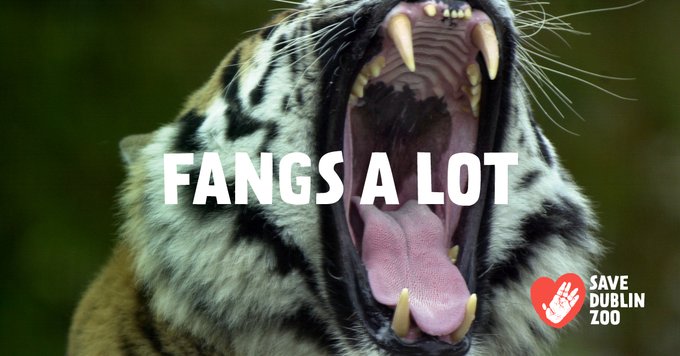 Dublin Zoo, one the city’s most loved attractions to tourists and locals alike is at risk of permanent closure. Located in Phoenix Park, the popular zoo was forced to close under the governmental restrictions making it extremely difficult to operate.

In a plea to the public, members of Dublin Zoo said that they may have to shut their doors permanently due to the large running costs it has in terms of caring for the animals.

It costs half a million euro per month to maintain the famous zoo but they noted that the emergency cash reserves are beginning to run out. Although Dublin Zoo is currently closed, the animal care team must still provide world-class levels of care to over 400 animals.

With the plea announced yesterday, the campaign has already managed to raise over €1 million which will cover the costs for two months.

People have been opting to “adopt” animals at the zoo to support their welfare with donations flowing in.

People are encouraged to Donate and Fundraise or if they cannot contribute right now to share the campaign.

Dublin Zoo works in partnership with other zoos worldwide.

Their goal is to make a significant contribution to the conservation of biodiversity all across the globe.

“We are in serious financial difficulty because of Covid-19 and are launching the Save Dublin Zoo campaign to raise much-needed funds to help care for the animals here at the Zoo”,  Director of Dublin Zoo, Dr Christoph Schwitzer said.

“We understand this is a challenging time for everyone, so we are asking people to only give what they can – every donation counts no matter the size. We have relied on our emergency cash reserves to remain open when allowed, but even then, visitor number restrictions due to social distancing have made it near impossible to generate enough revenue to just break even.”