Vote now! Irish Tree in the Running to be the European Tree of the Year 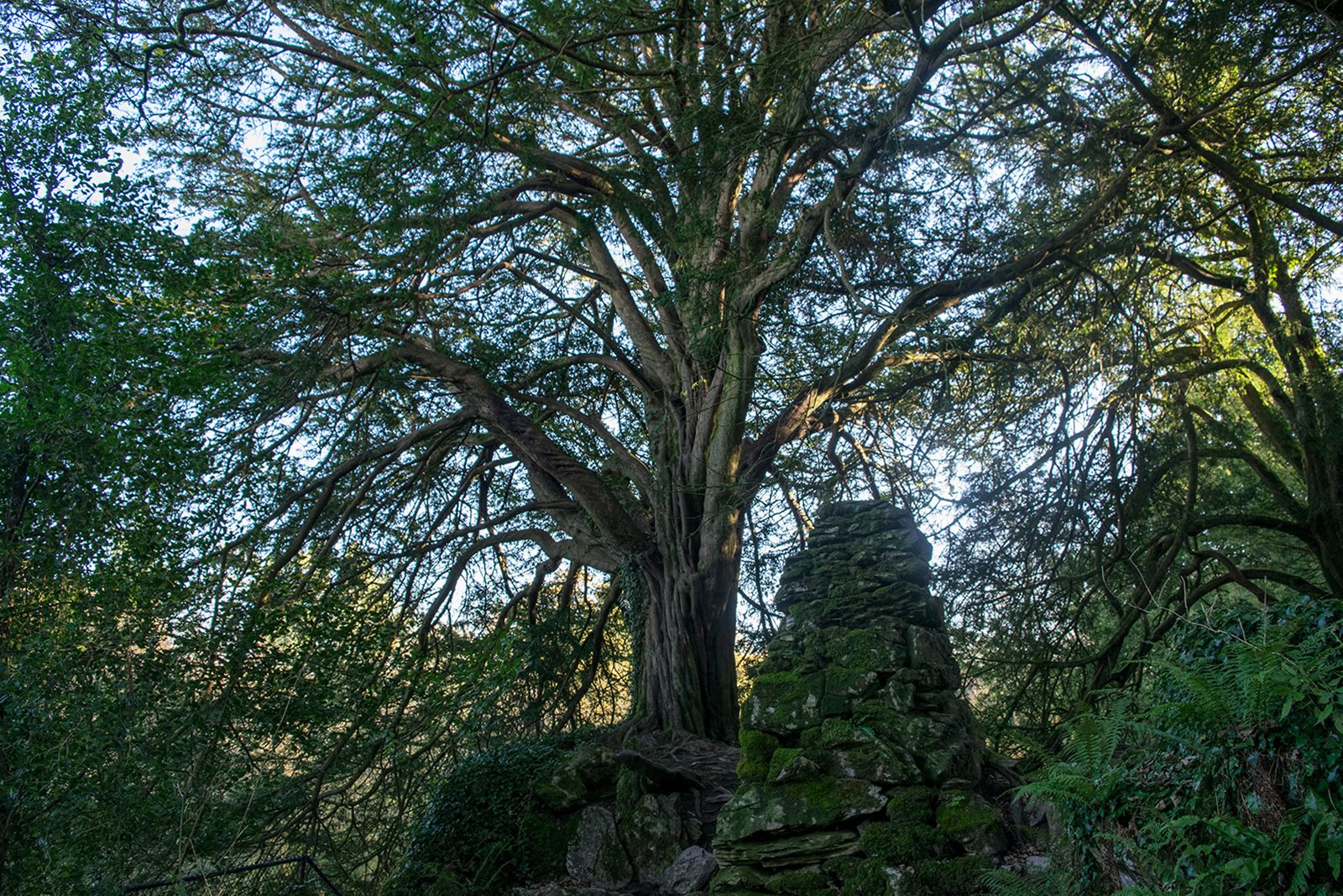 The Tree Council of Ireland needs our help to vote the Witch’s Yew in Blarney, Cork as European Tree of the Year. Voting closes on February 29, Leap Day. Click here to vote for the Irish yew.

This Yew Tree, Taxus baccata, situated in the Rock Close on the grounds of Blarney Castle Estate, has been estimated by experts to be in excess of 600 years old!

‘For Ireland to win the European Tree of the Year would be a great honour. It would generate publicity across Europe and would encourage people in Ireland to get involved and submit trees in future competitions,’ Brendan Fitzsimons CEO of the Tree Council of Ireland told me.

‘It would give a boost to the Tree Council of Ireland’s mission of fostering an awareness of the importance of trees and help the development of a tree culture in Ireland. For historical reasons Ireland lacks a general appreciation and knowledge of trees – to win, or do well in this contest would be a major boost to developing our tree culture.’

The story behind this magnificent tree is as follows:

A folly, The Witch’s Kitchen, was built by the Jeffreyes family under the already existing yew tree in the 1750s as part of the famous Rock Close gardens.

Legend has it, the area is the home of the Blarney Witch, who first told mortals of the Blarney Stone’s magic powers i.e. the gift of eloquence. The Witch, imprisoned by day in the Witch Stone, is released after nightfall, only to be banished to the witch stone again at dawn. Some early morning visitors have claimed to have seen dying embers of a fire in her kitchen.

With its huge crown, deeply furrowed bole, and zigzagging roots carpeting the stone mound under which exists a cave, this is one magnificently ‘monstrous’ Yew Tree. In its awe-inspiring formidable presence, one can easily understand how, over the centuries, such a tree and setting have sparked people’s imaginations and led to the emergence of many magical and otherworldly legends.

The winner of ‘Tree of the Year’ will be announced on Tuesday 17th March!

#Tree of the Year #Yew