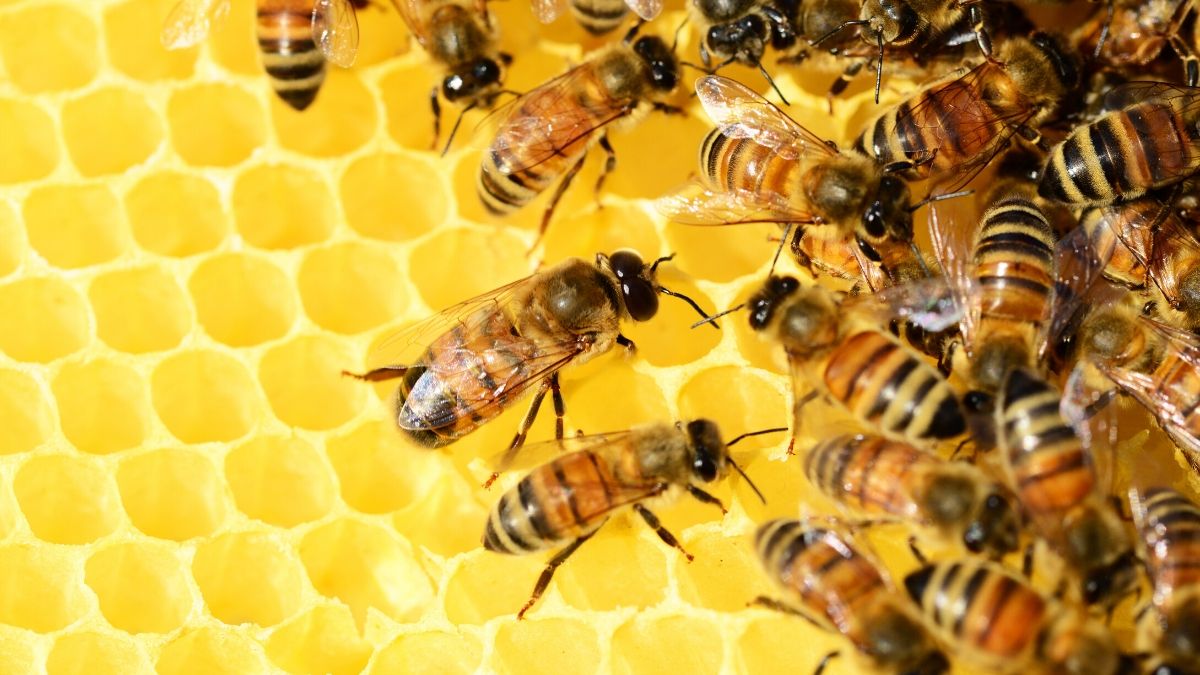 Irish beekeeper, Ruairí O Leocháin, based in Athlone has spent his quarantine building a colourful, elaborate and fully functioning hive made from Lego blocks.

Ruairí, a wildlife activist and a busy beekeeper, runs Athlone’s Wildlife Apiaries and has said that beekeepers from all over the world have been in contact with him for guides on how to use the Lego blocks as he has.

‘I built it for the craic!’ Ruairí tells me. ‘It holds up fairly well as long as you keep crossing the bricks. The real test will be the weight of the honey in there as it builds up! The bees will propolis it to make it stronger.’

Propolis or bee glue is a resinous mixture that bees produce by mixing saliva and beeswax with exudate gathered from things like tree buds and sap flows. Ruairí hopes that this will be the glue that keeps it together.

It took Ruairí around eight weeks to build his Lego masterpiece and worked on it by comparing it side-by-side to a real hive. This colourful and innovative hive is now home to around 30,000 native Irish black bees.

The population of bees is expected to double during the peak of the summer and the wildlife activist is currently raising money on GoFundMe to help him along.

‘I didn’t plan to use it in raising funds, but it got so much attention so why not!’ he says.

‘I’m raising funds to set up apiaries from which I hope to develop a chemical-free varroa resistant bee. Also, any funds raised from honey will go to the voluntary work I do in wildlife rescue and rehab. ‘