A Kerrywoman’s curious quest to become a beekeeper 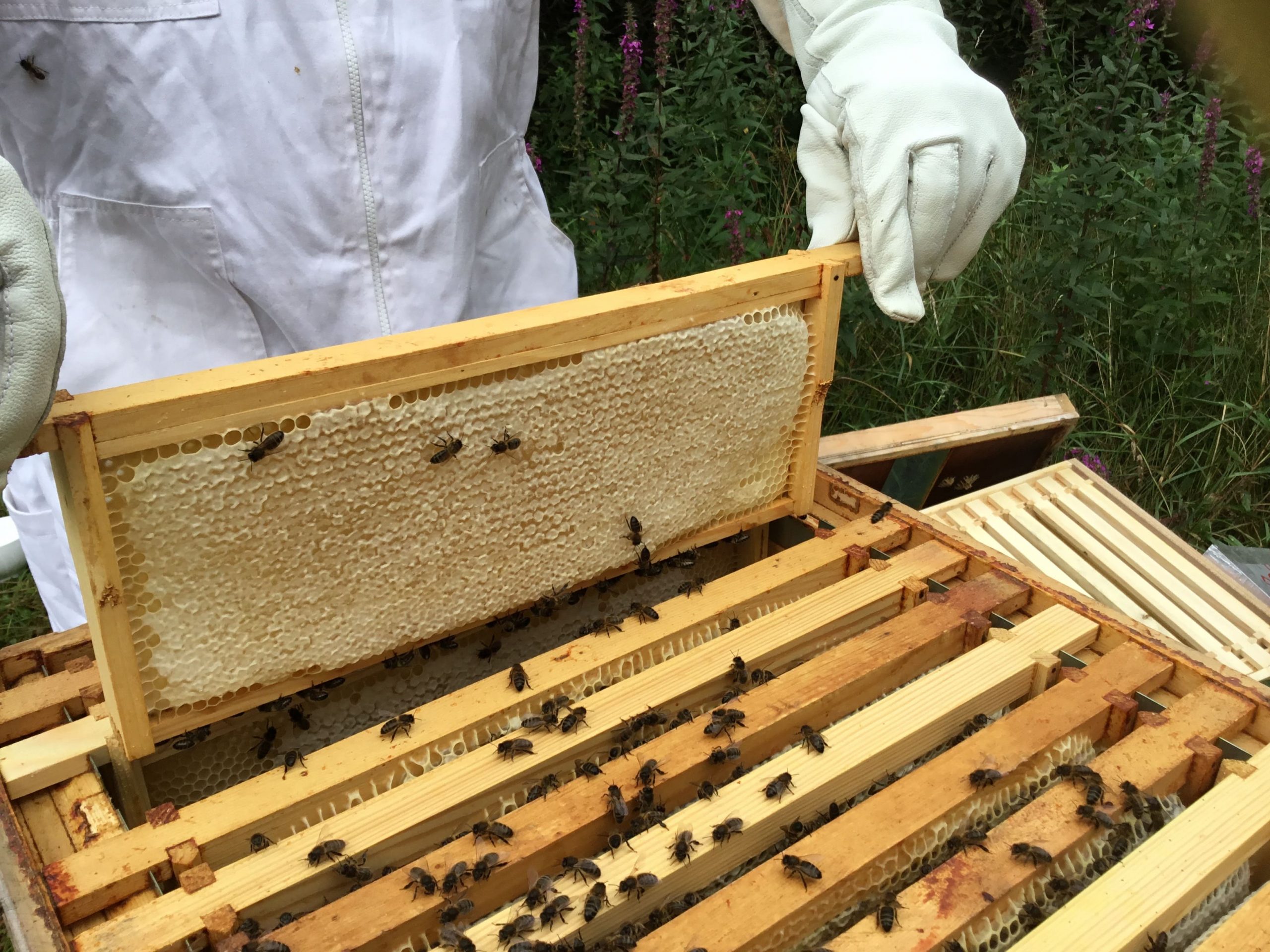 Anna McQuinn, now a beekeeper, is a self-made publisher from Castleisland in Co. Kerry who began her journey into the editing world while in University College Cork where she read English. Following her studies, she did a Higher Diploma and taught English in Cork city for a while before returning to do an MA.

It was here that her interest in publishing was sparked but like many Irish people in the 1980s, Anna emigrated in search of work. She eventually started her own company Alanna Max and concentrated on inclusive books for small children as well as working part-time with families in a very deprived area of London.

‘My mother sadly passed away in 2015 leaving my Dad on his own after over 50 years of marriage and I started spending even more time in Kerry’ Anna tells me.

‘Brexit also focussed our minds in 2016 and at the end of that year, we started plans to move back. We made the big move in August 2018 – almost 30 years after we left!’

Anna sold her company to two friends but continued to work in the publishing world and in sales from home. She was content. ‘But how on earth did she get into beekeeping?’ I hear you ask, well it all started with a conversation with her cousin, a beekeeper called Tom O’Sullivan.

A hobby beekeeper himself who has recently gone full-time, he asked Anna if he could put a bait hive in her new house in Waterville to attract new guests. And, on the day he came to take it back, he discovered that a swarm of bees had moved in!

Tom took the hive away to his home in Banna to protect it over the winter and Anna’s curiosity was piqued.

‘We then did an Introduction to Beekeeping course in Tralee, so we were able to offer to take the bees back in spring. The most exciting bit was Tom said we could name the Queen [bee],’ Anna says. They decided to call her Caesar (Cessair) after Noah’s granddaughter who apparently landed her own ark in Ireland to escape the Flood.

Anna wasn’t quite sure what it was about bees that were so appealing yet there was something about their origin in her home that made it special.

‘I had been to my cousin’s to help out with the honey harvest once before, but there’s something romantic about the fact that a swarm came to us,’ the fledging beekeeper says.

Anna’s not sure what type of bees they are but suspects that they’re European Dark Honeybees. A working hive has about 60,000 bees with almost all female workers in it. This is about how many Anna estimates that she currently has (though less in winter). In South Kerry she says, it’s mild and wildflowers are in bloom early and so, they thrive. Anna’s hoping to split the hive into two this summer.

Though many do not react well to the sight of swarming bees, Anna was confident in her approach with them especially now that she has a proper bee suit.

‘It’s like a magic cloak – you feel completely invincible in it! Bees can land on you and you don’t worry. Our bees were actually very calm, and I often check on their comings and goings without suiting up – though of course, I wear the suit if we’re taking the top off the hive.’

Despite the protection of the suit, Anna admits that there have been times when things have gotten hairy. ‘Our own hive swarmed in July (2019) and that was totally scary,’ she tells me.

‘We rang my cousin and he advised catching the swarm and putting it in a box! Fortunately, they were in a big pineapple-shaped mound on a branch of a willow and we had lots of big storage boxes left from our move, so my husband cut the branch they were on and I caught them in the box. I was so sorry we didn’t have video footage of this – we were very brave even in the suits!’

Anna’s cousin Tom advised her to leave the bees alone as much as possible to keep them happy. They were content in doing their own thing all summer long and Anna would check them every second week to make sure they didn’t need another honey ‘super’ to go on top. A honey super is part of the beehive that’s used to collect the honey. It consists of a box in which frames are hung.

‘We were late in spotting that they were full to bursting last year and that’s why about one-third of them swarmed off in search of another hive,’ she says.

‘This year we’ll be more vigilant and ready with more Supers. In late autumn they need feeding and in winter they need to be treated once for varroa mite – their biggest enemy, but other than that they get on with it’.

Anna loves to hear them buzzing in the garden, it brings her joy that she has been able to nurture a hive. According to the apiarist, the main problem in Ireland is the temperamental weather – if the bees are caught out in the rain it can kill them.

‘There are plenty of wildflowers and fuchsia hedges and furze and willow, so they do well. In the US and Canada, I think most of the hive dies in the cold winter but here they can build up enough stores of honey to see them through the mild weather.’

In fact, Anna believes that as a beekeeper she is more in tune with nature and the environment, particularly when it comes to the damage that pesticides cause.

‘If bees visit a flower on a weed that has been sprayed it will kill them, and sometimes they bring it back to the hive and it kills other bees. I would have been cautious about the use in the past, but now I’m totally anti [pesticide] especially when people use them unnecessarily’.

Inspiring no doubt, Anna has shown that it’s not that daunting to take up beekeeping, but it does take time and effort to maintain it. For budding beekeepers, Anna notes that if she was to start the process all over again, she would be more prepared.

‘My cousin preaches this – have the equipment and extra hives and Supers always ready. We didn’t and we had the swarm. Hopefully this year I’ll be ready for anything!’

You can find out more about Anna and her writing on her website here. Read about more interesting Irish people here.