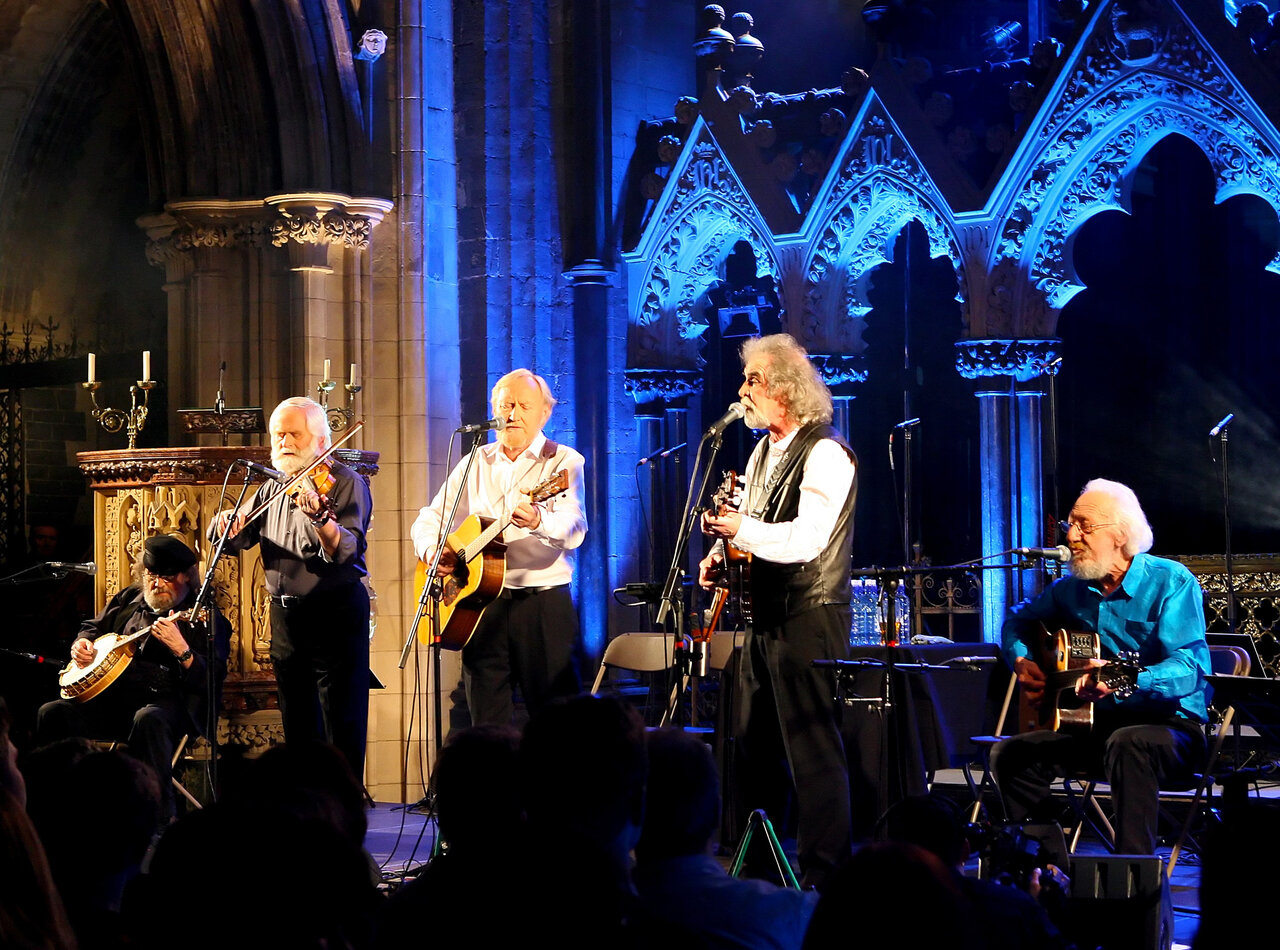 After 50 years of music-making, The Dubliners take to the stage for their final performance in Dublin’s Christ Church Cathedral.

The special show recorded in 2012 will be aired on TG4 Christmas Day at 9:55 pm and can be viewed worldwide on TG4.ie.

The audio recordings were lost and didn’t reappear until last year when a sound engineer found unlabelled tapes whilst clearing out his studio and decided to press play.

This remarkable concert will air for the very first time on TG4 and celebrates the life, music and legacy of one of Ireland’s most iconic bands.

The Dubliners’ story has many twists and turns and this final chapter is no different. Just days before the concert musician John Sheahan decided to hire a film crew to capture what would be their final performance in Dublin.

The Dubliners, which now included Sean Cannon, Eamonn Campbell and Patsy Watchorn was set for a unique and memorable night inside the architectural splendour of Dublin’s Christ Church Cathedral.

On a special night in January 2012, their melodic magic once again filled the air during what was to be their final performance in Dublin. But recordings disappeared until they were rediscovered last year.

As fate would have it, it was also to be the last recording of “Banjo” Barney McKenna, who unexpectedly died just two months later, in April 2012.

This legendary folk group was for years blessed with the iconic voices of Ronnie Drew and Luke Kelly and gifted with the musicality of Barney McKenna, John Sheahan and Ciaran Burke.

They were an Irish musical brotherhood that entertained millions of fans with their unique brand of songs, tunes, stories and, of course, mighty craic.

The Dubliners are a huge part of our musical heritage.

In this special show, you will hear a moving version of “The Auld Triangle” with the Dublin Gospel Choir, as well “Molly Malone” and a very special rendition of Barney singing “I wish I had someone to love me”.

A moment in time that was almost lost forever, promises to live long in the memory. Tune into TG4 on Christmas Day.