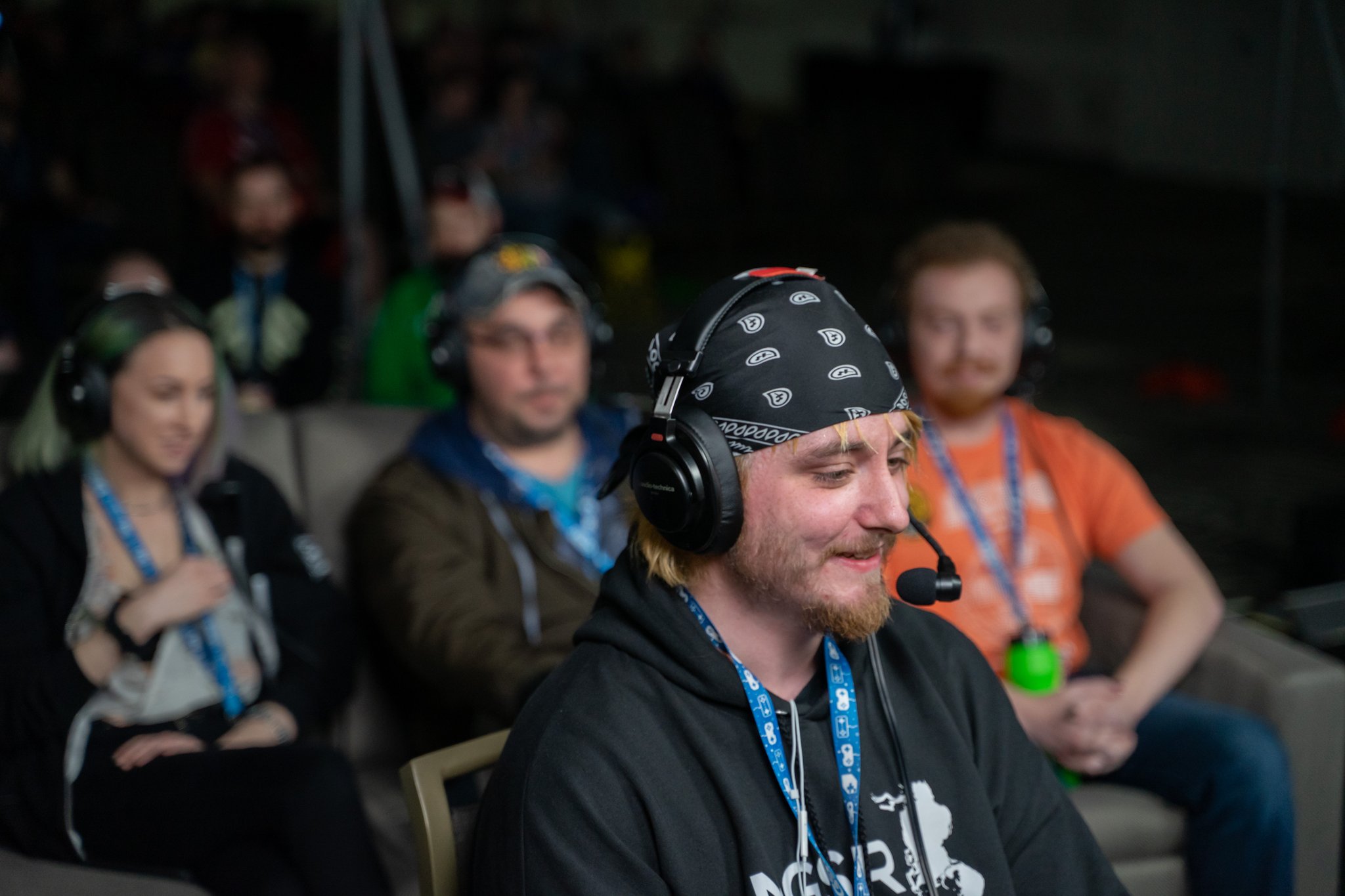 Metal Gear is arguably the most iconic video games series ever created and is largely considered the progenitor of the stealth game genre. Making its first appearance way back in 1987, the action-adventure stealth series has garnered millions of loyal players.

But for one Irish gamer, having Metal Gear Solid (MGS) in his name is also a badge of honour. 24-year-old RaichuMGS (who prefers to go by his pseudonym) is an MGS speedrunner from Co. Wexford.

Speedrunning, in the gaming world, involves finishing a game as quickly as possible. That’s it in its most simplistic form but running games requires a lot of skill, patience and often runs (as they’re known) are done within certain constrictions.

Raichu is currently the best speedrunner in the world in his speedrun category for Metal Gear Solid 3: Snake Eater on European Extreme (EuEx) NG+ (New Game Plus). EuEx is the hardest difficulty in MGS3 where if you’re spotted by the enemy it’s an immediate Game Over. He also boasts a spot on multiple top ten lists in other categories and games and holds the top spot for Metal Gear Solid: Peacewalker on True Ending (NG+ Solo) as well.

But how did Raichu get into gaming in the first place? Back in the nineties, his sister owned a PlayStation. Each week his father would rent a video game for them to play but the moment that sticks out most in Raichu’s mind is the night they rented 007: The World is Not Enough.  After watching his father play after a while, Raichu was given the reins.

‘I think I played for about five minutes, got killed and the blood filling the screen scared me half to death!’ he says. ‘But I was hooked, honestly. Sometime after I played Crash Bandicoot 2 and onwards and upwards my love for video games went.’

With the multitude of resources now available for gamers, it’s unsurprising that Raichu went on to become a ‘streamer’, live broadcasting his experiences for others to enjoy.

‘I first did a PS4 Stream of Dark Souls II,’ he says. ‘No one watched but I just did it because I could! I’d never thought much about Twitch or anything before that. It was just an interesting feature the PS4 had.’ Raichu considers his first ‘actual’ stream to have been in 2016.

‘I started off using a Toshiba Satellite laptop which didn’t even have a working screen! I used to connect it to my TV as an external monitor. Eventually, I built my first PC, a Ryzen 5 2600 and a Sapphire RX 580’ – this is the set-up that he uses to this day.

Raichu’s first experience of speedrunning was as he was browsing YouTube and when he came across AGDQ 2014. Awesome Games Done Quick (AGDQ) is a bi-annual charity gaming event hosted in the US. It celebrates speedrunners and showcases a whole plethora of games by raising as much money as possible for charities like Médecins Sans Frontières. This year they managed to raise over US $3.1 million and in total, counting 25 marathons they’ve raised over US $25.6 million.

Raichu was in awe of Slade’s run at AGDQ 2014 where he ran Metal Gear Solid on ‘Extreme’ mode. He was already a huge fan of the series and had just finished MGSV a few months previously. It was from there that he sought out more speedrunners over on Twitch. A streamer called Forensic_ invited him to be part of the community (Metal Gear Speedrunners – MGSR) and from there he learned how to do runs himself.

‘I learned MGS2 because my PS3 was broken at the time. Learning the route was actually pretty easy since I was very familiar with MGS2 having played it for years at this point and loved it.’  Jaguar_King’s MGS2 run from AGDQ 2017 was invaluable as a learning resource for the budding speedrunner.

‘While learning though I didn’t find too many challenges initially, I found that the real challenge came after a few months when I decided, for some reason, to learn the route on MGS2: Sons of Liberty on ‘European Extreme’, the hardest difficulty. The guards have a much longer range of vision, you die in three hits and there are no health recovery items at all. Raichu calls this the single-handedly worst few weeks of his speedrunning career.

‘Of course, these days I sort of take it in stride and don’t find it too difficult anymore. It’s also a pretty nice thing to be able to do, right? It’s impressive to most people’ he muses.

‘I felt the same thing with MGS3 when I decided to learn EuEx. But I definitely feel like I picked that up much easier, despite being a harder run, in my opinion. But I’m glad I persisted with them both and I’m really happy I was able to show off MGS3 at AGDQ’.

In late 2019 RaichuMGS was invited to attend AGDQ 2020 to showcase his run of MGS3 on EuEx. As a speedrunner, this is often seen as an incredible honour. Preparing for it months in advance was nerve-racking though as Raichu had never been to an event of this scale and indeed to America.

The event took place in the DoubleTree by Hilton Hotel in Orlando from January 5th – 12th, 2020. ‘Once I left the airport I was in awe of the whole thing’ he says. ‘I arrived Saturday (January 4th) to pick-up my badge and wandered around the event space, which was relatively quiet that day’.

Sunday is when everything kicked off and Raichu tells me that coming from his hotel room to the convention centre with over 3000 attendees was daunting since he had some anxiety about crowds. Of priority though, in the days leading up the event and the first day was: practice.

Occasionally Raichu left to explore Orlando but didn’t stray too far from the hotel. His run was scheduled to air on January 9th (Thursday) and naturally, he wanted to perform well and make it entertaining.

A staple at the speedruns at AGDQ is your ‘couch’ where the runner usually invites friends or fellow runners up to help with the commentary throughout. For Raichu’s run, he enlisted LT_Humphrey, ATeaTree, KatLink and TheFiz.

‘I taught them the run as much as I could in the short time allotted and I think everything went well, they definitely did a really good job, even on short notice and with even less time to actually prepare notes and whatnot.’

Understandably, all the overwhelm of being in AGDQ on this massive global platform took its toll in the form of anxiety – It was a huge deal for Raichu to be there.

‘The entire day before and day of my run, I was a mess’ he admits. ‘I barely slept and was just panicked. I was actually trying to eat all day and couldn’t and went out to walk around and try to drink something at least beforehand.’ The panic began to subside for him when Sumi (the director of marketing and business development at AGDQ) called him over to the green room. And it was from there that the adrenaline kicked in though admittedly he was still quite nervous.

‘The stylist thought she was hurting me when applying the anti-shine make-up because I almost jumped out of the chair!’ he muses. ‘Once I was on stage though and I got into the run I started to calm down dramatically. I know for a fact I was nervous talking because I was speaking way too fast at first, but I just zoned out eventually and did what I’ve been doing for months.’

Even though Raichu admits that he made some mistakes early on in the run, what helped him get through the experience was just being able to laugh it off with the audience who were on his side.

‘Overall everything went incredibly smooth,’ he says. ‘I seriously could not have asked things to go better.’

Below is Raichu’s run from AGDQ 2020 and it’s a phenomenal achievement to be on such a global stage. You can tell that he knows exactly what he’s doing having completed this type of run hundreds of times:

Raichu is now back in Ireland but he wishes that there were both more Irish speedrunners and streamers for him to connect with. ‘Unfortunately, I think given the size of Ireland as a whole, finding speedrunners and what not becomes a lot more difficult than overseas, especially in the US where they have things like AGDQ and SGDQ (Summer Games Done Quick) alongside other high-profile events like NASA (North American Speedrunner Assembly). ‘

‘I’ve never really met too many Irish speedrunners or Twitch streamers. I can name two, Yunitex and Pac_ (the owner of Speedrun.com). I’m sure there are many more and it would be great to meet them.’

‘Obviously, I spent a lot of time within the MGSR community as a speedrunner, so I don’t know too many people outside it but I’ve made a point to branch into other communities and meet new people. AGDQ definitely helped with that end too! I do admittedly get a little excited when I see a streamer who’s Irish though.’

The world of speedrunning may seem to be a tough one to hop into but Raichu says that in the beginning, one must really be patient.

‘You might join a community and be an instant hit or you might be constantly playing catch up’ he says. I’ve witnessed runners who came in and just dismantled the place and runners who could barely break their own PB (personal best) but it doesn’t matter what progress you make as long as you’re enjoying yourself, that’s the important part.’

Raichu didn’t begin running to gain every World Record imaginable but did it because he loved MGS2 and wanted to find a new way to play it.

‘Don’t watch a high-level runner and think “I can never do that!”, because the matter of fact is, you can do that. Not today and probably not tomorrow but you can.’

He stresses that it’s important to note that many of the runners, himself included has had months and often years of practicing Metal Gear runs. It has taken them hours to get where they are today.

‘I used to watch GDQ and think I’d never be one of those guys, but yet here I am, talking to you as a past runner of AGDQ. We can always get where we want to be with enough energy and time. Be patient, be willing to listen and learn. Senior members of a community, the guys who’ve been there for years will always have good advice to part with and you should be always willing to listen. But most of all, no matter what your goals are, just have fun.’

‘Once you stop having fun, it’s time to stop running.’