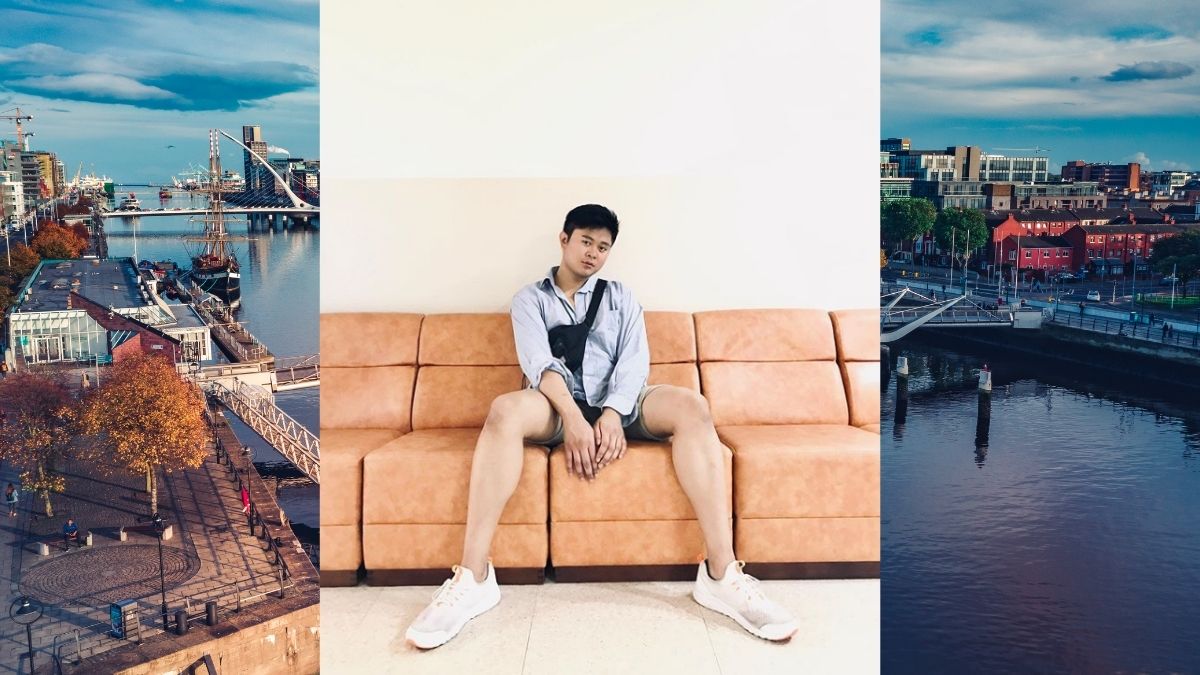 Have you met the winner of the K-Pop World Festival? Over the past few years, K-Pop (also known as Korean pop) has taken the world by storm. Though the medium itself has been around since the mid-90s, it’s only recently that it’s come to Ireland.

Sodem Solana is one such Irish person who was captivated by the energy involved with K-Pop culture and his story begins in Dublin.

Sodem grew up on James Street and was always interested in dancing and acting. He started training for dance at the age of 11 where he broke into various styles such as street jazz, hip hop and even ballroom dancing.

His talents earned the attention of many fans and as he got older he got to perform on bigger stages such as in the Helix, the National Arena and the Tallaght Arena.

‘This was such an important time in my childhood because my decision of choosing dance as a hobby impacted my decision of going to college and furthering my career,’ Sodem tells me.

Sodem chose acting and musical theatre as his course in college and loved every bit of it.

‘It definitely enhanced my skill set with movement, vocals and expressions,’ he explains.

‘I gained more confidence in myself which helped me shape the kind of person I am now and also definitely helped me prepare for the K-pop competition in South Korea. Dancing has always been part of me and will always be with me until I grow old. I love it so much and I’m happy it inspires people!’

Sodem started listening to K-Pop back in 2008 on YouTube. He was captivated by the language, dancing and the visual spectacle that was surrounding the genre.

‘It was surreal and could not be seen in the Western media,’ he says.

‘I fell in love with K-Pop groups such as Big Bang, 2ne1 and Girls Generation. I loved how girl groups and boy groups were a huge thing in South Korea’.

Sodem says that it’s the mixture of incredible beats, vocals and rap in each K-Pop song is what lures new audiences.

‘What really makes it special is that you can know more of these K-Pop idols through different platforms and really fall in love with their personas. The more you watch them the more you get interested in their daily life, their interactions with fans, their stories and knowing what makes them wholesome as not only a K-Pop idol but also as a person’ – Sodem Solana

In fact, the person who inspires Sodem right now is CL from 2ne1 who was part of a group before they disbanded.

‘I’ve been listening to her since 2008 and she always encourages her audiences to be themselves and to always bring out the best of their personality through her music,’ Sodem says.

‘That no matter how many people may put you down, you still can still strive to success even when you’re alone and I love that. She also has leadership material and baddie energy which I definitely picked up on when I was younger!’

When it comes to learning a K-Pop dance Sodem explains what he usually does is look up the performance version a certain song and then its mirrored version.

‘It’s a lot easier to learn it and it’s just like looking at yourself in the mirror so you don’t get confused,’ he says.

People also look up tutorial videos for certain K-Pop songs they like and learn through that.

Some end up going to K-Pop classes which Sodem, in fact, used to teach weekly before quarantine, something which he hopes will be back soon when restrictions die down.

So how did Sodem Solana end up in South Korea representing Ireland? It was all down to his sheer talent and determination.

The K-Pop World Festival is a yearly K-Pop competition around the world and only the final chosen 13 countries that are invited to South Korea to compete in the finals.

Sodem chose to use music from a K-Pop artist, Jennie, from the girl group BLACKPINK who at that time just released her empowering new solo single.

‘I had gathered and led a team to compete in the regionals here in Ireland as in the original music video there are back up dancers for the soloist,’ Sodem explains.

‘We knew that if you won here in Ireland you get a chance to be considered for the finals in South Korea. The team ended up winning and I was also very happy when I got the call to be able to represent Ireland in South Korea!’

The brilliant performer was sent to South Korea for two weeks with all expenses paid by KBS – a Korean television channel hosting this competition.

‘I met the other contestants from all over the world, rehearsed non-stop, visited touristy places and ate lots of delicious Korean food,’ Sodem muses.

‘I was so thankful that I won that I even ended up splitting my winning prize equally to the team that I asked to do it with me back in Ireland.’

Sodem admits that he was really nervous going on stage in front of 30,000 people in Changwon and to beat over 6400 other contestants from around the world was an exceptional achievement.

Throughout Sodem’s performance he continued to maintain focus. The determination shone in his eyes. He wanted to show off his skills to the world.

‘I knew that I just had to try my hardest, have fun and just be myself and I would be happy if I ever did get awarded for my efforts. Which I actually did and not only an award but the Grand Prize! I was stoked!’

‘I could not believe it and I was so happy when they announced Ireland as I started waving the Irish flag in front of everyone on stage! I even forgot there were K-Pop idols on stage with me handing my award as I was super shocked. I was very happy I could give honour and recognition to our Ireland and I was thankful for that.’ – Sodem Solana

Though K-Pop fandom is rapidly getting larger in Ireland Sodem believes that there is plenty more room for growth.

With that in mind, the innovative performer has created even more content on YouTube to help spread the world. Sodem created a K-Pop group, the ‘Savage Family Dance Crew’ to entice people to take up the moves.

‘I’m happy a lot of people were on board with the idea and I’m getting so many applications from K-Pop fans now of wanting to be in the dance group which is amazing!’ he explains.

‘I’m planning to have more K-Pop events in the future hoping to pave a way for the Irish K-Pop fans and hopefully have a normalised K-Pop scene here in Ireland.’

For those who are looking to start their own journey, Sodem first advises that you open yourself up to the culture and everything that comes with it something he says involves acknowledging the craft that comes with the music and the artists.

‘My advice to someone who might not be confident in dancing is that always be comfortable with yourself’.

Sodem stresses that you should always know why you’re doing K-Pop and why you love doing it.

‘A part of K-Pop is always about enjoying yourself with these dances that go with the music. Have fun and always be you! If any questions about K-Pop related you could always message me on my socials.’