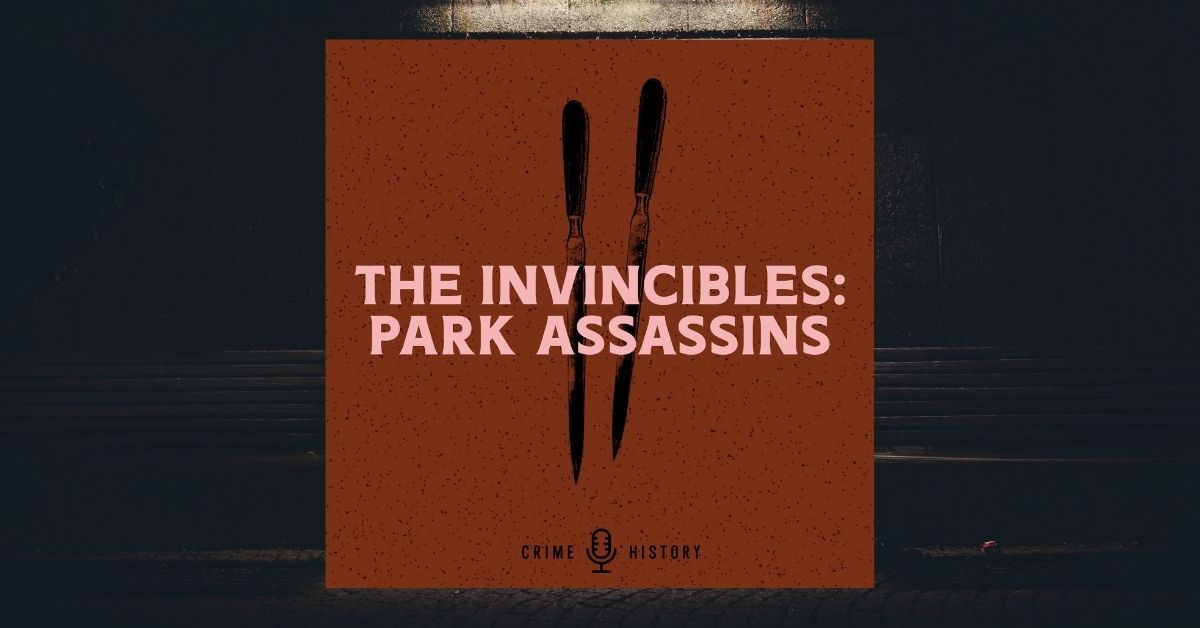 Have you ever heard the story of Ireland’s first assassination squad? Did you even know we had one? The Invincibles: Park Assassins is an eight-part Irish true-crime podcast series that has just launched online.

Written by Roisin Jones of Amblegloom Productions, the series transports listeners back to a squalid and turbulent Victorian era Dublin.

Though the injustice of corrupt landlords, the violence of police and mistrust of politicians may be quite familiar to modern audiences, the secret assassination squad set up in order to fight British rule by its own violent means, has largely been forgotten.

“The idea for this series comes from a desire to collaborate on a project with a historian friend of mine by the name of Gerard Shannon,” Roisin tells me.

“I had just finished a Masters in Applied Digital Media and was interested in using the audio world to tell a story. I listen to podcasts far more than music these days and as a writer trying to find a way of affordably getting content to an audience, it seemed like a no brainer. Gerard, who first introduced me to the story of The Invincibles had to leave the project before it fully kicked off but the seed was planted and the story too interesting to abandon.”

This fascinating podcast on Ireland’s first assassination squad features interviews with expert historians and academics with audio reconstructions by actors. Combined with tense original music, this series is hoped to appeal to fans of true crime and history.

The Invincibles: Park Assassins follows the formation of ‘The Invincibles’ and their pledge to “make history” by disposing of British officials.

“Their bloody success in the Phoenix Park would cause the British Prime Minister to shed tears in the House of Commons. The crown would set up a new police force to track down the culprits. Sunday papers would print in Ireland for the first time ever to cover the story. Detective Inspector John Mallon would utilise his web of informers and a series of mind-games to bring him closer to the guilty parties.”

“There were challenges in producing the series in terms of balance,” Roisin tells me.

“Not just balancing a passion project with paid work or collaborations when the pandemic struck but also in terms of content”.

Roisin says that there’s more of this story that didn’t make it into the eight episodes but that the core of it is captured.

“There’s always fascinating extras that eventually get axed in the edit, especially when you’re editing and doing post-production on your own. I’ve hopefully got 8 episodes that will appeal to both true crime fans and historians and if it really takes off, maybe some of the extra material will find its way into a future special…”

Three historians were interviewed for this series on Ireland’s first assassination squad.

Donal McCracken is a prolific author and his book ‘Inspector Mallon’ was an important source for this series. He is currently Professor Emeritus at the University of KwaZulu-Natal, South Africa.

Mícheál Ó Doibhilín is a historian, author and the Managing Director of Kilmainham Tales Teo. He publishes, edits and writes for the Kilmainham Tales series, a role he previously filled when he founded and organised the inhouse magazine for Kilmainham Gaol.

Felix M. Larkin is a former academic director of the Parnell Summer School, and a co-founder and former chairman of the Newspaper and Periodical History Forum of Ireland. He has written extensively on the press in Ireland in the late 19th and early 20th centuries and has had a particular interest in historical cartoons.