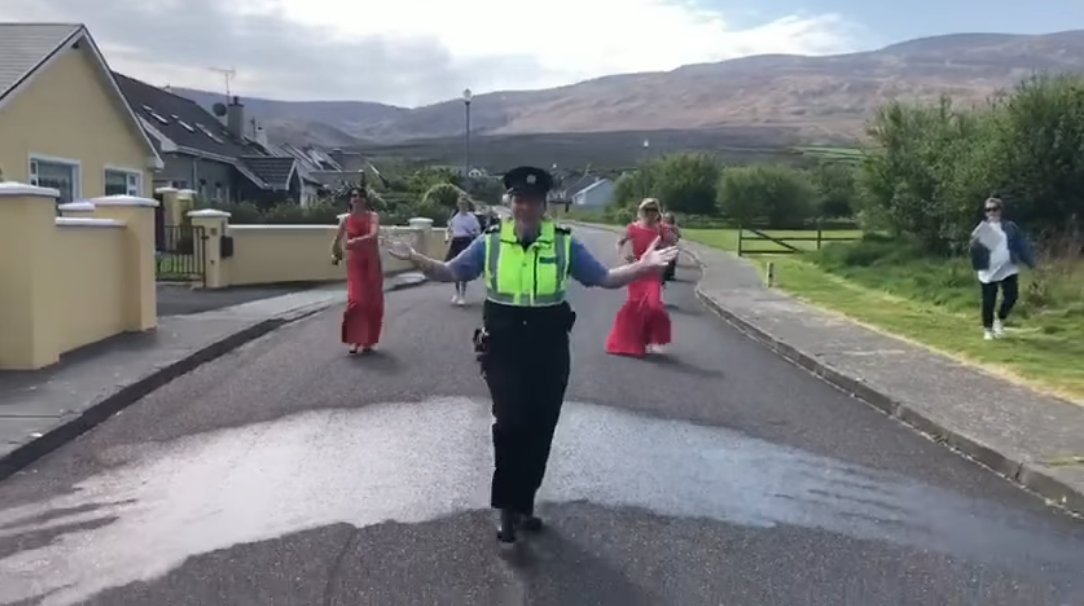 As a Garda, you just never know what you’ll get involved in while on duty. Tralee Community Garda Mary Gardiner is the star of a new viral video from Tonevane residents in Kerry who are raising money for Dan Donoher.

Do it for Dan is a campaign for Dan, a one-year-old boy who requires treatment for Spinal Muscular Atrophy (SMA) Type One and Scoliosis. Dancing to Amarillo by Tony Christie, Mary Gardiner guides the residents through the motions as they make their way (at a social distance) down the street!

Raising money for a particularly important cause, it’s clear that the community are having great fun with this one.

‘Mary is the heart of any community she is stationed at, brilliant well done to everyone,’ one person on Facebook wrote.

‘I remember Mary from doing my nights on the door, great craic but more importantly an excellent guard!’ another person wrote.

The life expectancy of an SMA type 1 child is 18-24 months. As Dan has the most severe type of SMA, this damages the muscles used for swallowing, speaking and breathing along with requiring ventilatory support. Dan’s muscles are too weak for a strong cough. A common cold could end his life.

A ground-breaking treatment called Zolgensma is currently only available in the US and costs $2.1 million for a once-off infusion. Studies show that Zolgensma can substantially improve quality of life and survival of this horrific disease. The campaign is currently at €1.9 million raised.

You can donate to Dan here.