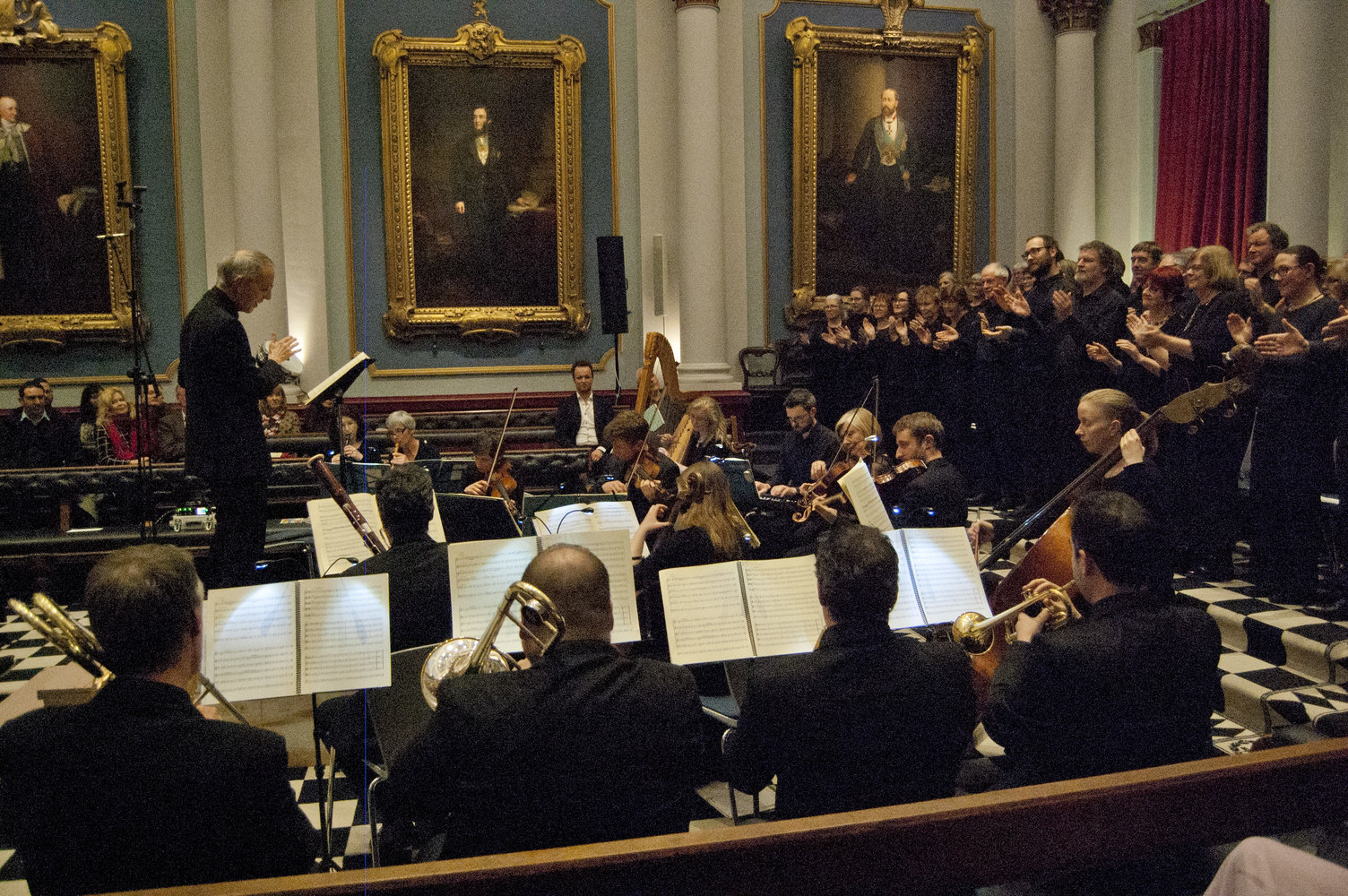 With regret, The Goethe Choir, the Earlsfort Brass Quintet and the Provost of Trinity College are announcing that owing to Covid-19 virus management plans, the scheduled concert to celebrate Early Music Day on March 22nd in the Public Theatre in Trinity College Dublin will no longer go ahead on that date.

We will be in touch again once a new date has been confirmed and very much look forward to celebrating Early Music Day, later this year.

Beginning at 5pm, a highlight to the concert will be hearing the magnificent organ which was built in 1684 and took an excess of €450,000 to restore.

The special organ will be played by Professors Andrew Johnstone and Werner Blau. Both will be accompanied by the Goethe Choir, under Director John Dexter and Earlsfort Brass, a quintet of Ireland’s finest brass players that includes members of the RTÉ Concert and RTÉ National Symphony Orchestra.

Proceeds of this historic musical event will go to the housing and homeless charity, the Peter McVerry Trust and the programme will include music from a wide range of European composers and well-known works by Johann Sebastian Bach.

Not only that but the European Early Music Day will also see the world premiere of a recent reconstruction of English composer William Byrd’s song ‘Look and Bow Down’ by Professor Andrew Johnstone of the TCD Music Department, with words attributed to Queen Elizabeth the first.

Tickets cost €15 and are available at the door. Early Music Day is a celebration of more than a millennium of music, through concerts and events taking place simultaneously across Europe.

It’s hoped that events like these will help modern audiences to rediscover music from these eras going back more than 1000 years.