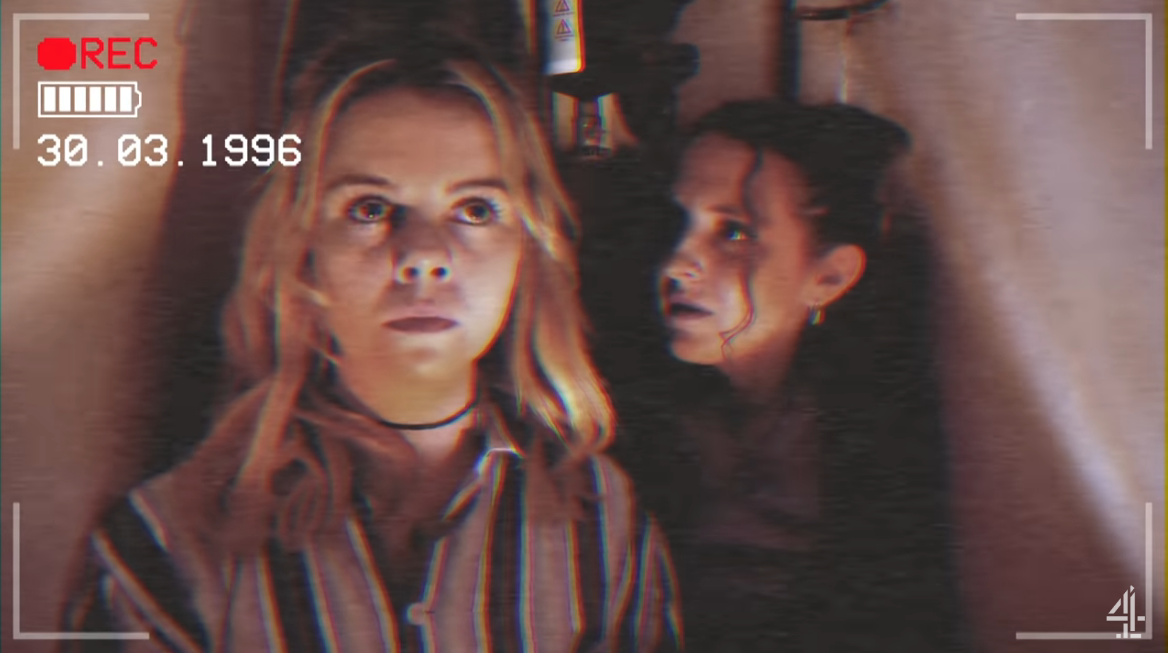 Derry Girls‘ Erin (Saoirse-Monica Jackson) and Orla (Louisa Harland) have been keeping peoples’ spirits up with a brilliant new clip from their ‘bunker’.

Encouraging people to #StayHome, the pair from the hit TV comedy show posted out a hilarious video of themselves from their own homes based in the nineties.

’This is huge. This is the most important thing we’ve ever had to do. It’s just such a massive responsibility,’ Erin (played by Saoirse) says in the clip. Completely in character, herself and Orla (played by Louise) act out the scene as if in 1996’s Derry.

Erin explains that she and Orla, who are concerned for ‘their own safety,’ have constructed a ‘bunker,’ which Orla clarifies is just the two of them sitting inside the upstairs airing cabinet while the rest of the family watches television downstairs.

Louisa and Saoirse live together and so were able to record the clip.

Similarly, the show’s creator Lisa McGee has been chronicling her experience being in isolation:

Warm, funny and honest, Derry Girls is a comedy from the acclaimed writer Lisa McGee who has mined her own experiences to create a candid, family-centred comedy set against the spectre of The Troubles.

You can find the first two seasons of Derry Girls on Netflix, Channel 4 on Demand or there are mountains of clips to be found on Channel 4’s YouTube page.