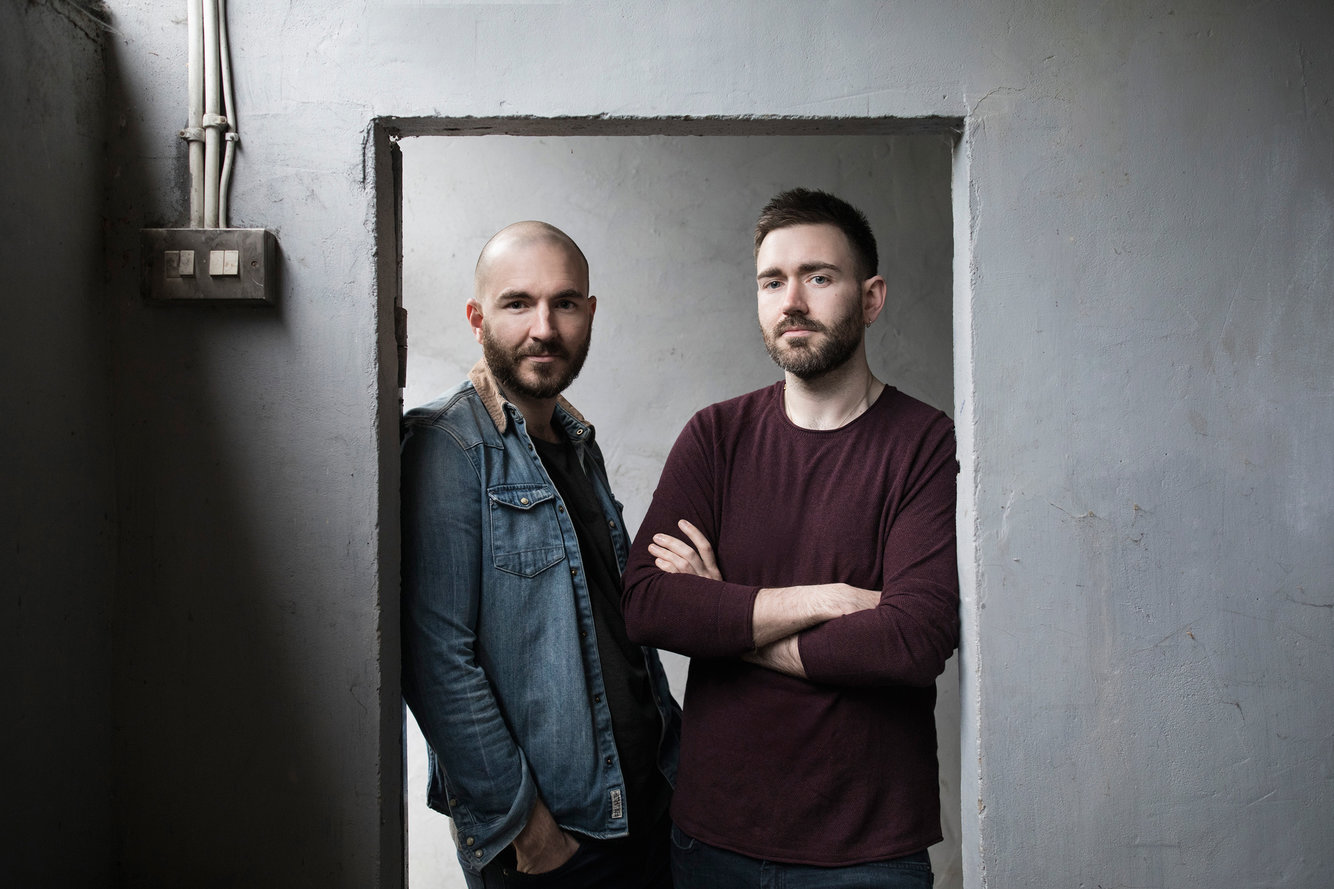 Dublin brothers Jamie and Richie Martin aka Cry Monster Cry are set to release a new documentary which follows their journey through the Swiss Alps to play a sold-out show in a clifftop cabin. Titled ‘When The Snow Falls I’ll Be Gone’, it will be released on March 14th.

Located 2200 metres above sea level, it took the duo a whopping 10 hours to reach the cabin carrying their instruments on their backs. They embarked on the journey to Switzerland last September and it was easily the most challenging show that they had to face!

‘Initially, we had been invited over to Switzerland to play two music festivals by this guy René Reusser,’ Jamie tells me. ‘He puts on shows in Brienz. We really hit it off while we were there and he ended up mentioning this gig in the alps idea to us.’

‘When we heard about it it sounded like something that is right up our alley. It’s was exciting, scary and unique and a new challenge. We believe music is about shared experiences and life is about building memories, so we knew we wanted to do it.’

‘We prepared by hitting the gym as much as possible, I had never done anything like that before in terms of hiking. I really doubted myself but once I got there and was immersed in the beautiful scenery I knew I could do it.’

The pair rose before dawn and set off through the Swiss fog making their way through breathtaking forests, ridges and steep ravines led by guides René Reusser and Mirjam Huber.

Finally, when they had completed their journey, they played an intimate gig for a group of hikers who had also made their way to the remote cabin.

The 30-minute documentary was produced and directed by Elijah Egan of Seven Figure Films. There will be a special screening of the documentary in Dublin in the Irish Film Institute on March 14th.

Cry Monster Cry has come a long way since they released their EP The Fallen back in 2012. They have performed live on television on The Late Late Show, Other Voices, played a string of sold-out events across Ireland and Europe.

And, they’re no strangers to playing in unusual places either. See their video filmed in a canoe on Lake Brienz in Switzerland below: