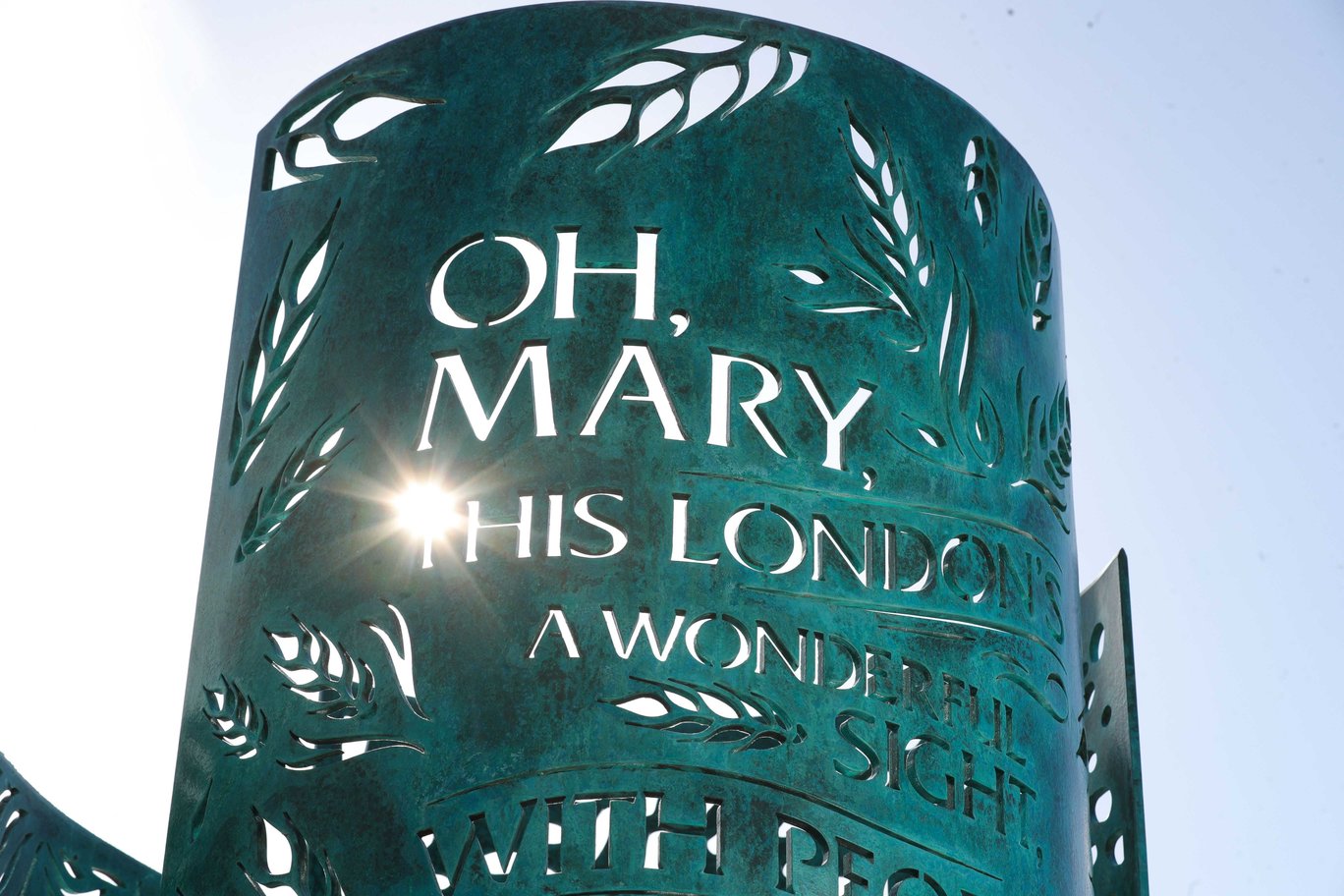 County Down commemorated the centenary of the death of Percy French recently by unveiling an installation in his honour. The installation is set where the Mourne Mountains sweep majestically into the sea at the Slieve Donard Hotel in Newcastle.

Known as one of Ireland’s greatest songwriters and entertainers, French is best remembered for the humorous songs such as Phil The Fluther’s Ball, Slattery’s Mounted Foot, Are You Right There Michael?, Come Back Paddy Reilly to Ballyjamesduff and The Mountains of Mourne.

Designed by Andrew Todd of Tandem Design who worked on Titanic Belfast and King John’s Castle in Limerick, the piece was commissioned by Hastings Hotels who own Slieve Donard.

Words from The Mountains of Mourne are interwoven on the piece, which was unveiled by Pulitzer Prize-winning poet Paul Muldoon, a renowned French fan. Perforated with Percy French’s lyrical work and decorated with illustrative motifs, this creative installation is the focal point – a typographic sculpture, inspired by music sheet cover lettering from the great man’s day. It is the perfect place for contemplation and reflection.

The project employed a range of materials and techniques including granite etching, stone sandblasting and copper patination. The copper panels were finished with an anti-seabird poop natural beeswax coating – just in case!

The sculpture is bordered by four locally-sourced granite seats dedicated to Percy French’s second wife and daughters with way markers to famous French locations such as his birthplace in Roscommon, Ballyjamesduff, Drumcolligher in Co Limerick and Formby where he died and London.

French had a long history with County Down and his first wife, who died in childbirth, was a sister of Countess Annesley whose family owned land on the Mountains of Mourne.