Enter the fascinating world of medieval re-enactments in Ireland 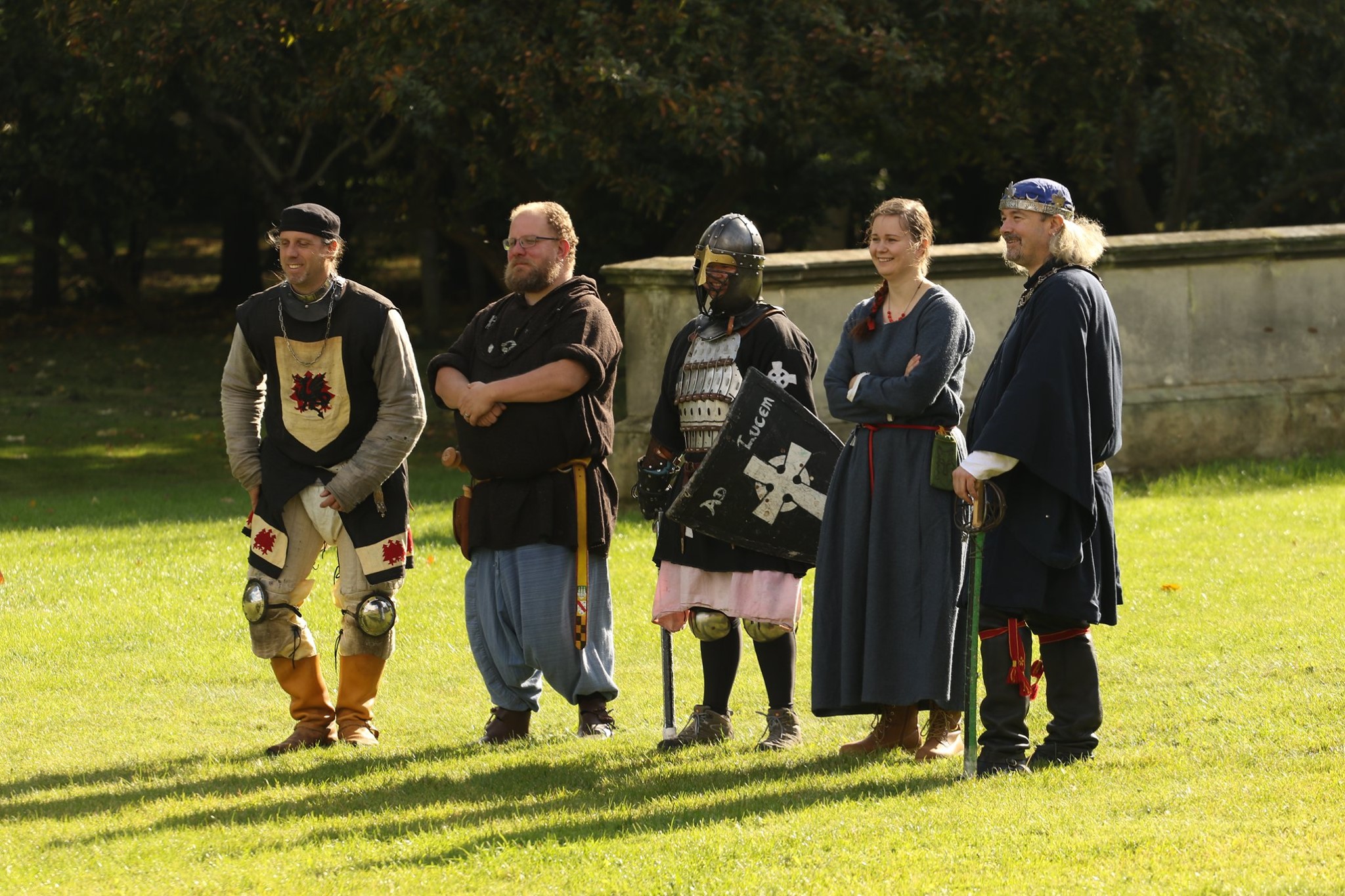 When one thinks of medieval times one may conjure up an image of castles, knights in shining armour and the rich in glamorous attire but did you know that there’s a community of Irish people who engage in medieval activities on a regular basis? Welcome to the curious world of medieval re-enactments and meet one of its Irish members, Aodh.

Drew Shiel who also uses a medieval name ‘Aodh Ó Siadhail’ is a reenactor from Bunclody, Co. Wexford. He’s a big reader of science fiction, fantasy and comics and plays tabletop RPGs like Dungeons and Dragons.

Like many, he headed to Dublin to attend university when he was 19 but dropped out a year later and pursued a job in web development. He now works in Google Ads optimisation but more importantly, he’s also a proud member of the Society for Creative Anachronism (SCA).

The SCA is a global organisation of 21 ‘Kingdoms’ across Europe, the US, Canada, Australia, New Zealand, South Africa to name a few and its members seek to recreate all aspects of medieval life. Most of their gatherings are like medieval-themed festivals sometimes involving camping in tents.

‘We have medieval combat like fencing, archery, a variety of competitions, and the Princes/Princesses of our Principalities and Kings/Queens of our kingdoms are decided every so often by combat tournaments,’ Aodh tells me.

‘We cook, brew, make furniture, make clothes, make weapons and armour, and try to behave like the members of a medieval court would have, allowing for a thousand years and a few continents of ‘medieval’, which is pretty broad!’

Aodh is the chair of his local group in Dublin called Dun in Mara. It’s his job to ensure that everything runs smoothly be it running events or marshalling armoured sessions. There are currently four groups in Ireland: Dun in Mara, as mentioned, in Dublin and the East Coast, Glen Rathlin that covers Ulster, and Eplaheimr which covers the rest of the country.

‘Each of those is a Shire, one of the smaller branches. There’s also a College, Kinges Lake, in the Institute of Technology, Athlone, and it will be joining Eplaheimr this summer to form a Barony, the next-upward size of a branch,’ he tells me.

‘All of these, the Shire of Klakavirki in Iceland, and eight shires in the UK form the Principality of Insulae Draconis, and Insuale Draconis is a part of the Kingdom of Drachenwald, together with the Baronies of Knight’s Crossing (Germany) and Aarnimetsa (Finland) and the Principality of Nordmark (Sweden), along with a few more Shires scatter across Europe, Russia, the Middle East, and South Africa.’

Overall, it’s a large community and the branches in Ireland connect often with each other as well as with branches abroad. Aodh heads to events in the UK and Finland almost every year through the community and in the past two years has visited Sweden, Germany, the Netherlands and Bulgaria.

‘My wife is going to a big event in Arizona next month; she’s one of the up-and-coming armoured fighters of the Principality, and she’ll be travelling there with a few other people’ he says proudly.

Aodh chose his medieval name because he says he wanted a ‘good, solid, medieval sound.’

‘I was going to go for ‘Iarfhlaith’ until it was pointed out that nobody off this island would ever be able to pronounce it, and then chose ‘Aodh’ instead, thinking it’d be easier’ he muses.

‘I didn’t realise then that most people off the island – except for Icelanders – have trouble with the ‘dh’ sound too. So I get called ‘Aid’ a lot, or even ‘Ed’, and the Aarnimetsans (Finland) mostly say something like ‘Owd’. But I recognise all of those sounds as me by now. ‘Ó Siadhail’ is just my own surname in Irish because I like the name. Siadhail is itself also a solid medieval Irish name; there are records of it basically as far back as they go.’

According to Aodh, these are all documentable medieval names from across the kingdoms. You can even see an online dictionary on the topic here.

The contrast between Irish and American people is stark enough when it comes to viewing the SCA from the outside.

‘Mostly people just think we’re weird,’ Aodh says. ‘The reaction for the American groups is often ‘oh, can I try?’ we have less of that here, and need to recruit more actively.’

He puts the differences down to the fact that we have far more of an abundance of medieval-related things in Europe and it is more of a novelty for people in the US (as seen below in a video from Pennsylvania).

Aodh tells me that there are a few issues facing Dun in Mara including ongoing recruitment for people to help run things and finding event sites.

‘Our combination of needing a big hall, lots of beds, a sizable kitchen, and ideally not a completely modern looking building – although we can work around that – is difficult to achieve without paying ludicrous amounts of money’ he says.

‘And many of the venues that did offer those in the 2000s are now doing weddings instead, with the accompanying ten times the price increase. We currently have a very good practice space at the school in Synge Street, but in the longer term I’d love to find a place we can use every evening, and where we could store stuff and have a workshop – armour repair is tough going in suburban sheds!’

It is through the Dun in Mara community that Aodh experiences what he calls special moments when he really feels like he’s in the Middle Ages.

‘There’s firelight and castle walls or the canvas walls of big medieval tents. People are in garb with bread and meat and mug of ale and maybe there’s someone demonstrating fighting moves or playing chess or even a torchlit tournament, someone’s playing a lute or singing, and you could really be there and then.’ This is something to be celebrated.

At the heart of the SCA is inclusivity. They have women who fight in armour with steel, men who do embroidery and cook, people of all genders and none and many LGBTQ+ people in their ranks.

‘We’ll do our level best to include differently-abled people in as many activities as possible. We’ve got a few archers who need to shoot from sitting, and while I don’t promise we’d be able to have someone in a wheelchair do armoured combat, we’d give it a damn good try if they wanted. We want people to have fun!’

You can find out more about Aodh’s Dun in Mara community here.