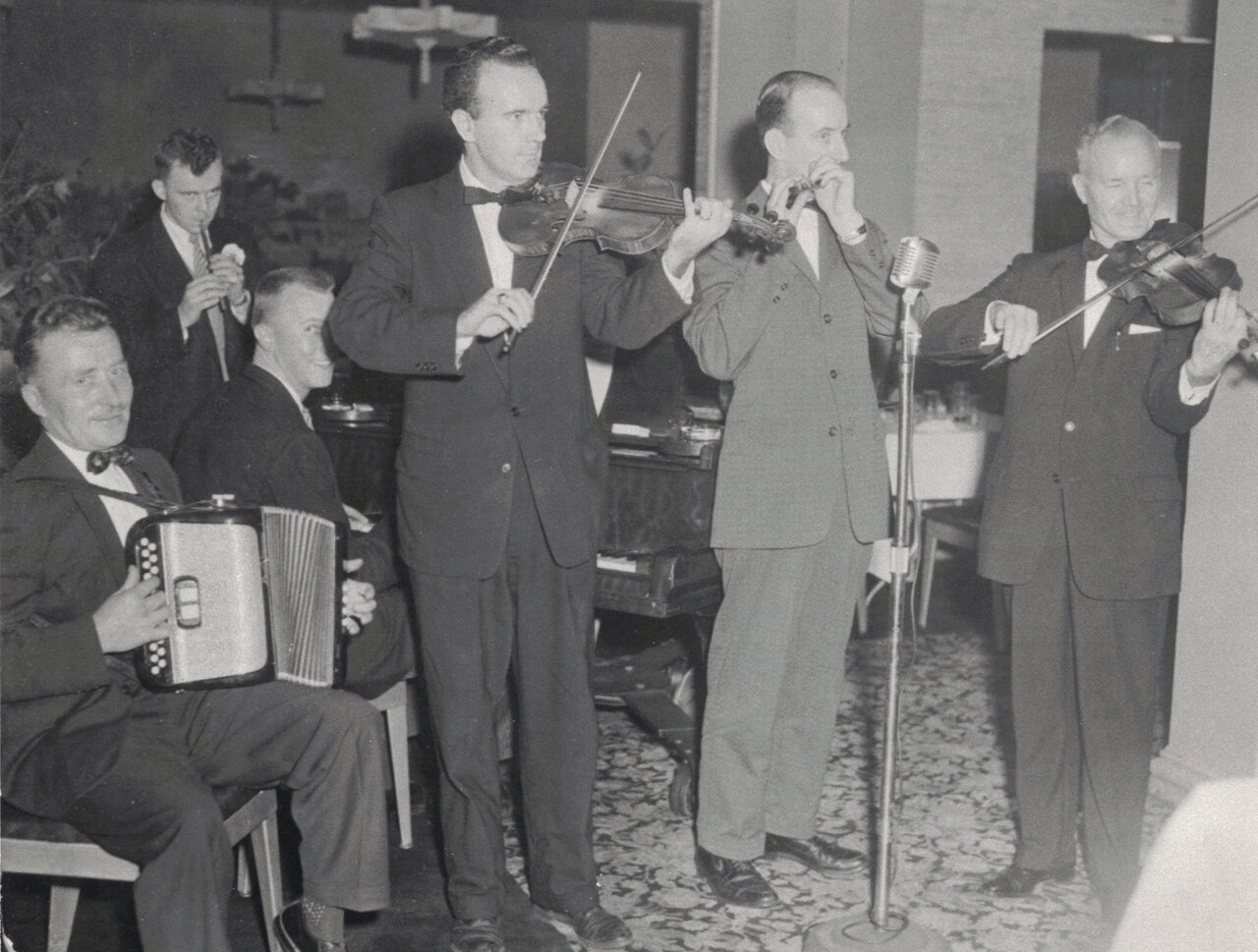 For centuries waves of Irish emigrants have carried their local song, music and dance heritage across the Atlantic from rural homes all over the island of Ireland.

Disembarking at Castle Garden, Ellis Island, and JFK airport they dispersed to establish new lives throughout the United States but also settled in New York City and its environs.

‘From the Bridge’ opens a window to traditional music, from the 1870s to the present day, played socially in the homes and bars of New York, as well as commercially, on stage and in recording studios.

The microsite features over 370 specially selected sound and video recordings, 190 images, as well as engaging and informative biographies of the musicians, and contextual introductions.

The user can focus on a particular musician, browse through galleries and playlists, or follow a musical timeline to discover new sounds and stories.

While drawing on material from the existing ITMA collection, this project has been generously and richly enhanced by the donation of previously unheard recordings and unseen images from private collections held by New York families.

Through digitisation and digital preservation, these at-risk materials have been preserved by ITMA and are now freely accessible to a global audience.

Irish traditional music recorded in New York forms part of an invaluable cultural treasure of national and international significance. The story of how the tradition migrated from rural Ireland to the USA is central to our cultural history. This unique project will help renew the deep cultural bonds between Ireland and the USA through increased digital connectedness and meaningful engagement.

As a valuable learning resource, it provides a bridge between the thriving creative traditional arts sector in Ireland and those increasingly disparate groups who identify with Irish heritage and culture in New York.

Check out the exhibition here.