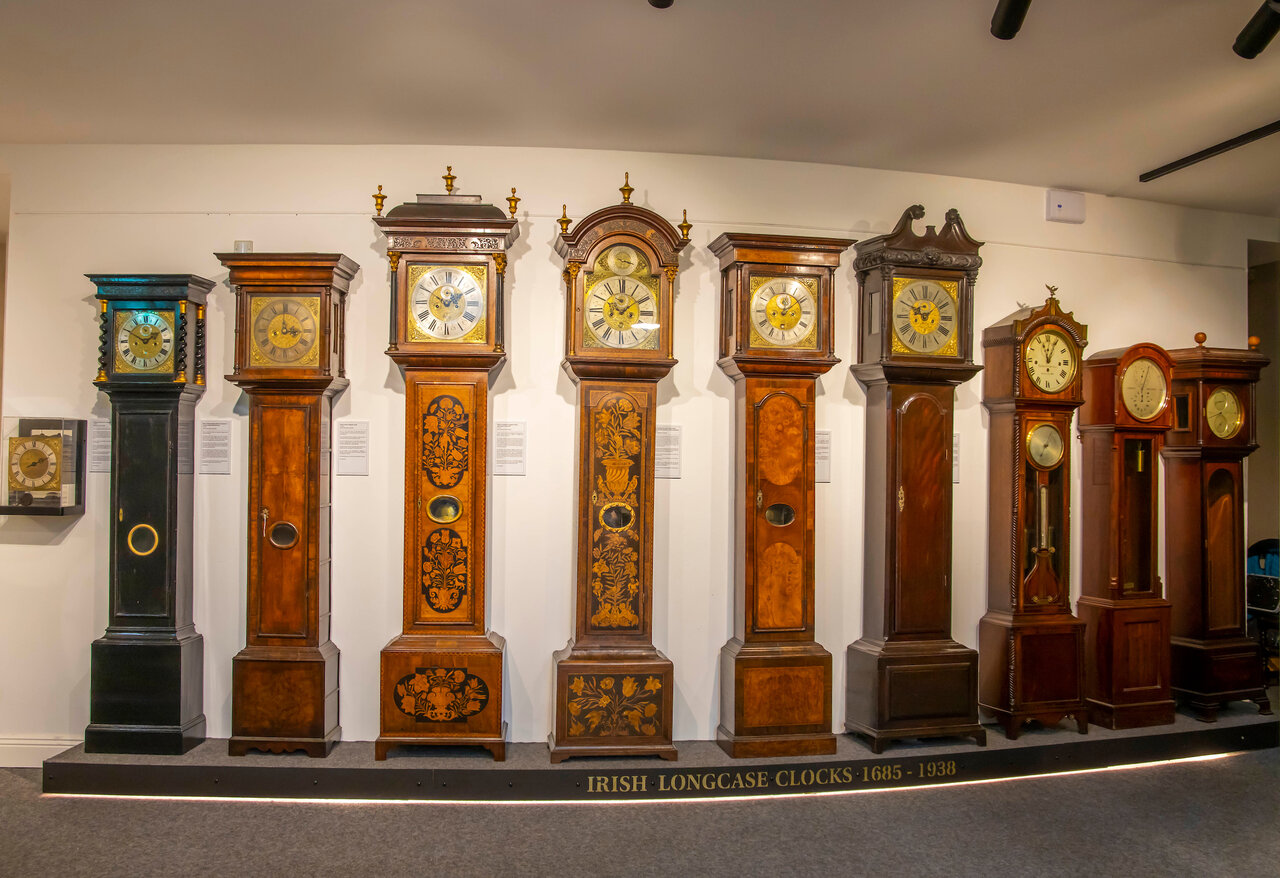 Waterford Treasures has received very exciting news this week that The Irish Museum of Time has been nominated for the prestigious British Guild of Travel Writers International Tourism Awards 2022.

The British Guild of Travel Writers is the UK’s leading organisation of travel media professionals, established in 1960. The criteria for membership in the guild are incredibly tough – and every single one of the guild’s 270 members has to satisfy an annual audit to retain Guild membership.

Only Guild members can nominate tourism attractions and destinations for the annual awards and the award-winning global travel writer and guild member Isabel Conway selected to nominate The Irish Museum of Time following her visit to the museum earlier this summer.

In her nomination, Isabel describes the Museum of Time as featuring “Rare and beautiful old clocks and timepieces, from all over Ireland and around the globe displayed in a swirl of dials, chimes and beautiful craftsmanship. Most of the collection of over 600 superb exhibits were donated by two avid Irish horologists – whose homes were heaving with the ticking treasures they had collected over a lifetime.

Wander ancient Waterford’s medieval laneways around its multi-award-winning Viking Triangle and you’ll find The Irish Museum of Time that traces Ireland’s long history of horology, all gathered in a Gothic Revival church that celebrates the skills of clock and timepieces makers, dating back to the sixteenth century. The oldest Irish longcase clocks still in existence stand like sentinels and a highlight of the collection is the London-made William Clement clock from 1663, the earliest example in the world of his invention that transformed accurate timepiece-making.”

She also includes details of the museum’s contributions to the local economy, creating local employment, how it was funded by philanthropy and has created jobs along with driving further visitor numbers to the other museums by way of the ‘Freedom of Waterford’ all-in-one museum ticket and indeed to surrounding businesses.

The Irish Museum of Time will now move to the next stage of the awards journey where the guild members vote on the attractions that should move forward to the shortlisting stage and then onto the finalist stage if selected.

The British Guild of Travel Writers International Tourism Awards finale is a very high-profile awards ceremony in London each November on the eve of World Travel Market – the largest global gathering for the tourism and hospitality industry.

The British Travel Writers Guild Awards provide the first opportunity for around 340 ambassadors, ministers of state, travel & tourism CEOs and their top executives, PRs and key travel editors, journalists and bloggers, to get together and network as they arrive in London for the world tourism event.

The Irish Museum of Time opened to visitors in 2021 and it is the fifth museum as part of the Waterford Treasures suite in Waterford. Visitors can enjoy a ‘Freedom of Waterford’ ticket enabling them to access all of the museums and a guided walking tour under one ticket price 7 days per week.