Meet the Irish folklorist preserving our stories for future generations 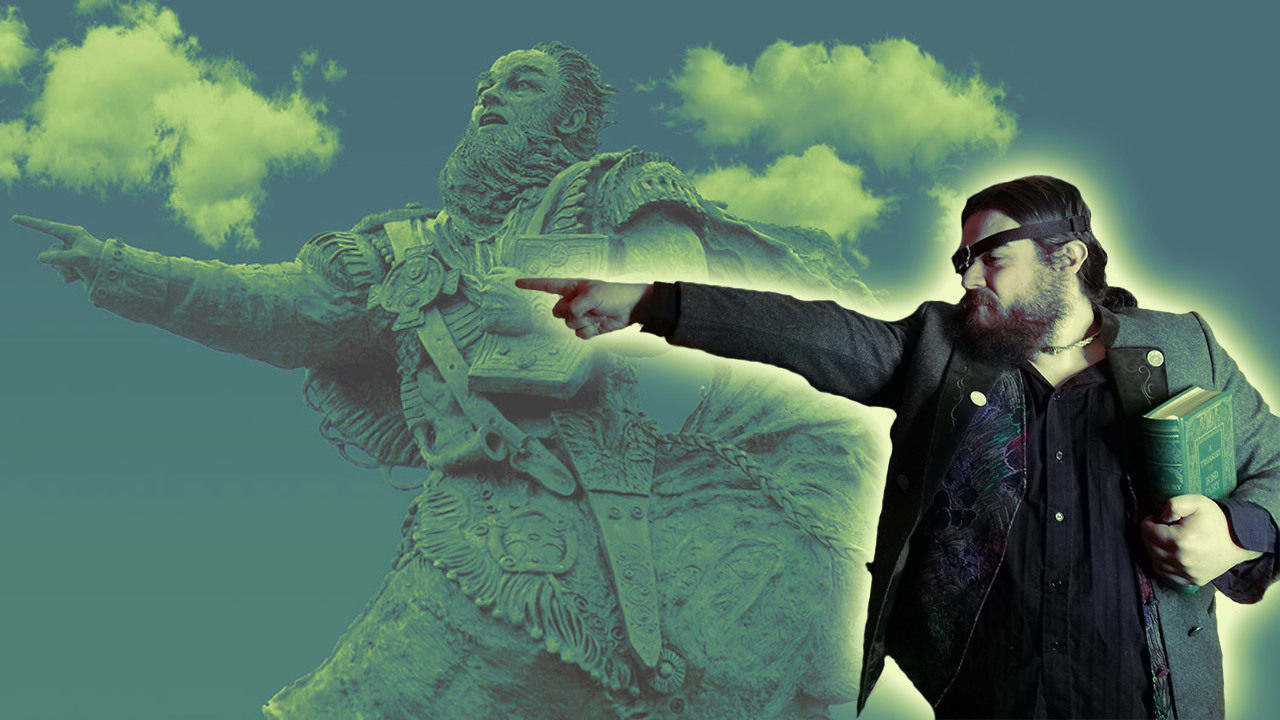 If you grew up in Ireland, then chances are that you’ve heard about the wondrous tales of the likes of The Children of Lír and The Salmon of Knowledge, but our impressive folklore goes far beyond that. Meet Stephen Jack Cullen (also known as Hog And Dice), a jack of trades but also a keen folklorist who loves sharing the many stories and traditions from Irish mythology.

Stephen grew up both in Dublin and Laois, and though they’re an impressive folklorist now, they didn’t have much exposure to it apart from what they learned in school.

‘I read all the basics in primary School; Setanta and the Hound, the Children of Lír, the Giant’s Causeway all of that stuff’, they tell me.

‘It can be quite hard to find books that go past that. But I always had a strong interest in history and mythology from around the world which was easier to get hold of in libraries and the like.’

Stephen always enjoyed breaking down words and sayings to see where they came from which they say feeds into some of the less obvious aspects of folklore.

‘Growing up I wanted to be everything. A palaeontologist, a writer, a radio host, a filmmaker, an artist, a prop builder; I’ve dabbled in all of them and just need to cross palaeontologist off the list now,’ they say.

Stephen went to study in UCD, switching focus a lot while trying to figure out their career path. After taking a few electives in Irish Folklore, they knew that they had finally found the right niche for them. The folklorist was inspired.

‘It was at the same time that the Slenderman first became a thing on the internet and that fascinated me,’ Stephen says. Slenderman is a fictional supernatural character that originated as a meme. He is depicted as a thin, unnaturally tall humanoid wearing a suit and with a featureless face.

‘It was obviously folklore, it was developing the same way, but was doing it incredibly fast and that amazed me,’ Stephen says.

‘I saw all of the media that was being created and wanted to do something similar with Irish Folklore. So, I created a found footage style horror series based on Irish Folklore. That was the start of Hog And Dice.’

Hog And Dice is named after Stephen’s apartment (they ate a lot of pork and played a lot of Tabletop Roleplaying Games (TTRPGS)). Stephen transitioned from there into telling and analysing stories as a way to do their part in preserving these great stories.

Their former lecturer Dáithí Ó hÓgáin helped design the tour of the National Leprechaun Museum in 2010 and encouraged students to visit. Stephen fell in love with the place and subsequently ended up working there.

‘Folklore provides so much insight into cultural attitudes and beliefs, I feel like it provides important cultural context for both history and archaeology,’ Stephen says.

‘The stories people tell, the proverbs and sayings they hang onto tell you a lot about what they value and how they think. Irish folklore in particular tends to be very bittersweet; there’s very few happy endings, but the tragedies are always treated with a sense of humour.’

When it comes to lesser-known Irish tales that people should know about, Stephen says that this is a topic which they could talk about all day.

‘The King Cycle should be required reading for anyone going into government. Brehon Law has some great stuff, there’s an entire section on the proper treatment of woodlands that would be a great guide on reducing Ireland’s carbon footprint already written out for us,’ they say.

‘We also have so many wonderful creatures other than just the commonly known things like Leprechauns and Banshees.’

Research takes up a good lot of the Irish folklorist’s time and they have a decent collection of books on folklore, mythology, history and music build up over the years including one archaeological journal from the 1940s. They also use the digitised folklore archive on dúchas.ie and search for the subject on Google Scholar as well for good measure.

Sourcing and referencing are hugely important for this folklorist and they try to include at least three book references per video with between 7 – 15 general sources as well.

Asked if they had the choice to bring some of their folklore knowledge into the school curriculum, Stephen says that Bardic poetry would be at the top of their list.

‘Bardic poetry is so much more engaging and interesting than the Irish poems I covered in school,’ they say. ‘The language would have to be modernised a little, but I think it would go a long way to helping children love their language.’

The Hog And Dice channel is currently undergoing a lot of changes but Stephen is open to adaptation and is happy to keep on seeing what works best. In fact, they’re planning on relaunching the channel while in lockdown.

‘Basically, I now do alternating videos. One with a story and the next analysing the themes and characters of that story and their relevance in Irish culture. I used to keep both things in the one video’.

The videos are filmed in their sitting room which has been designed to look like a cross between a Hobbit hole, a professor’s study and a fever dream.

‘And I have channel composed by Thomas O’Boyle who completely nailed the “If Tom Waits made music in a shack in Offaly” feel I asked for. It’s all put together to try and echo the subject matter; dark but not taking itself too seriously,’ Stephen muses.

For those who are looking to get into folklore, Stephen recommends talking to older people in your own community as most will have stories that they were told when they were young.

‘Ask about every odd turn of phrase or weird piece of bric’o’brac. Sometimes you get really lucky and someone will share some absolute gold,’ Stephen says.

‘Like when my friend’s father told me about the time, he saw the Death Coach!’

After that, the Irish folklorist recommends heading along to Dúchas.ie and picking up Dáithí Ó hÓgáin’s The Lore of Ireland saying that it will give you a decent grounding in most things and has an extensive bibliography to find further research.

Stephen’s most popular video was on Leannan Sídhe, a creature similar to the Banshee (see below). She’s a fairy woman who inspires poets but then drains them of their life force.

‘But when I researched it, I found it had been completely made up by W.B. Yeats and wasn’t actually a part of our folklore,’ Stephen tells me.

‘I ended up going on a long rant about Yeats which people seemed to find entertaining. And my friend and fellow YouTuber Azrai, dressed herself as a Leannan Sídhe for cutaways. I’ve been wanting to revisit the topic; I have thoughts on where Yeats got the idea!’

Fingers crossed we’ll get to see that follow-up video from this folklorist in the near future. If you’d like to read about more fascinating Irish people and their stories, click here.