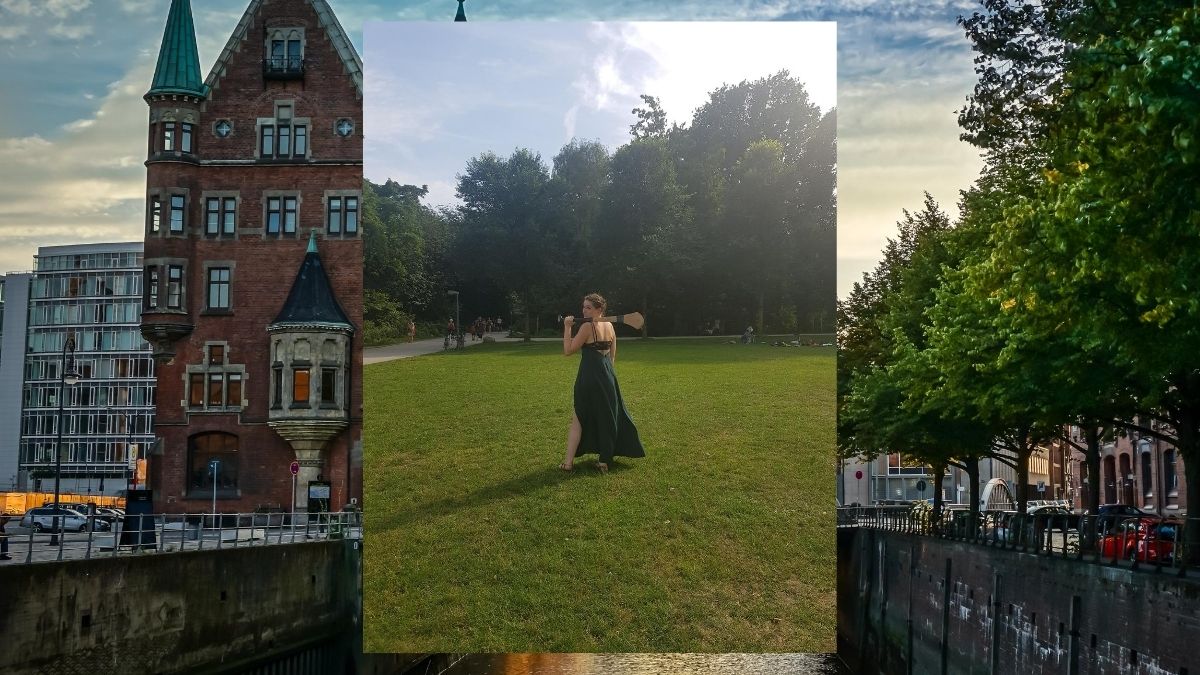 The feeling that one gets from being part of a GAA community is quite special. It’s something that unites people across the globe no matter their race, gender, background or identity.

Meet Erin Duffin from Winchester, a small town in Virginia in the United States, who has always been interested in Ireland and Irish culture.

‘Growing up, I spent a lot of my time in dance lessons,’ Erin tells me. ‘I was in the studio four to six days a week and took classes in many different styles: from ballet to tap to folk dancing. I’ve always been an avid reader, and I’ve also always been interested in Ireland and Irish culture, so now playing camogie and taking Irish lessons seems like a natural progression for me.’

Erin graduated with a degree with English literature and a degree in German and worked as an au pair in Stuttgart in Germany. She moved there for a year and enjoyed living there so much that she decided to stay.

‘I then moved to Berlin for two years, and when I got together with my boyfriend – who I originally met in Stuttgart – I moved to Hamburg to be with him. I’ve just passed my three-year anniversary in Hamburg, and I’m coming up on my six-year anniversary of living in Germany in August!’

Erin now works as a researcher for politics and government for a large statistics company as well as a yoga teacher who teach classes over on Zoom.

‘I have to say, I was never really interested in sport until I joined Hamburg GAA, so it took a lot of persuading to get me to attend my first training session,’ she admits.

‘A friend of mine from my Irish class and I were out for drinks, and he ended up convincing me that I would enjoy the sport and that I should at the very least come to one training session. After my first training session, I was hooked. There’s so much that I love about camogie. It’s fast, dynamic, physical, and you have to think quickly and under pressure.’

The club was founded in 2015 and Erin tells me that it’s the team spirit that brings her back week after week.

‘When you live abroad, you’re obviously not around the community you grew up with anymore. Your family and friends that you’ve known all your life are far away, and so you essentially have to build up your own community and your own adopted family from scratch.’

‘Hamburg GAA is an awesome community to be part of. It really is like its own little family. There are so many different nationalities and so many people with completely different backgrounds, and many of us have only picked up the sport since moving to Hamburg. There’s always someone willing to grab a coffee or a drink or lend a hand.’

The enthusiastic sportswoman tells me that the best aspect of the Hamburg club is the focus on mental health and the support they give each other.

‘You can always reach out to someone if you feel that you need some support, or if you don’t show up to training for a while, someone will reach out to you asking if you’re ok or if you need anything,’ she explains.

‘We have a lot of resources on our website to help support the mental health of players, and some of our members put together an International Mental Health Awareness training at the Irish embassy in Berlin last year.’

The dedication, the love for the sport, and the love for each other and their community makes Erin extremely proud to be a part of Hamburg GAA.

But it’s not only sport where Erin has connected with Ireland but also through our native language.

‘I connected with the Irish language when I met my best friend,’ she says.

‘He was one of the first native Irish speakers I had ever met, and he really encouraged me to learn more about my Irish heritage and connect with that part of my family history. When I first moved to Hamburg, I was looking for friends and things to do, so I decided to see if there was a chapter of Conradh na Gaeilge.’

It turned out that Conradh na Gaeilge Hamburg offered Irish courses in the evening, so Erin signed up.

‘Unfortunately, I’ve been too busy lately to continue with classes for the moment, but I’m trying to keep up my learning on my own. I took a week-long Irish course in Donegal last summer, which I wrote about for NÓS, and I hope after COVID I’ll be able to go back and keep learning. I can’t say much at the moment, but I really want to get better!’

With the Irish language under her belt, Erin is now the Language and Culture Officer with Hamburg GAA, something she says is a lot of fun.

‘Because we are a very international club and I work mostly to foster a sense of community within it. We want to keep the welcoming aspect of Irish culture in our club, so we work to make newcomers and seasoned members alike feel welcome and at home,’ she says.

Erin is also in charge of planning social events for the club, which they try to have once a month. These events can be anything from meeting up for a drink as a team after training to grilling together in the park, and also includes their larger annual events such as the an Awards Night and skills competition every January, as well as a Halloween party and Christmas party.

This year marks the club’s five-year anniversary though given COVID’s restrictions they’re not 100% sure what kind of celebrations they may have.

‘I’m sure no matter what happens, we’ll find a way to enjoy the occasion together. Additionally, in celebration of our anniversary, we had a jersey design competition about a month or two ago, where members were able to submit designs for a special 5th-anniversary training jersey and we all voted on our favourite.

‘Above all, though, we’re training hard and working on our skills in preparation for tournament season next year!’

You can find out more about Hamburg GAA on their website here.