An Irish artist’s journey to celebrate the female body 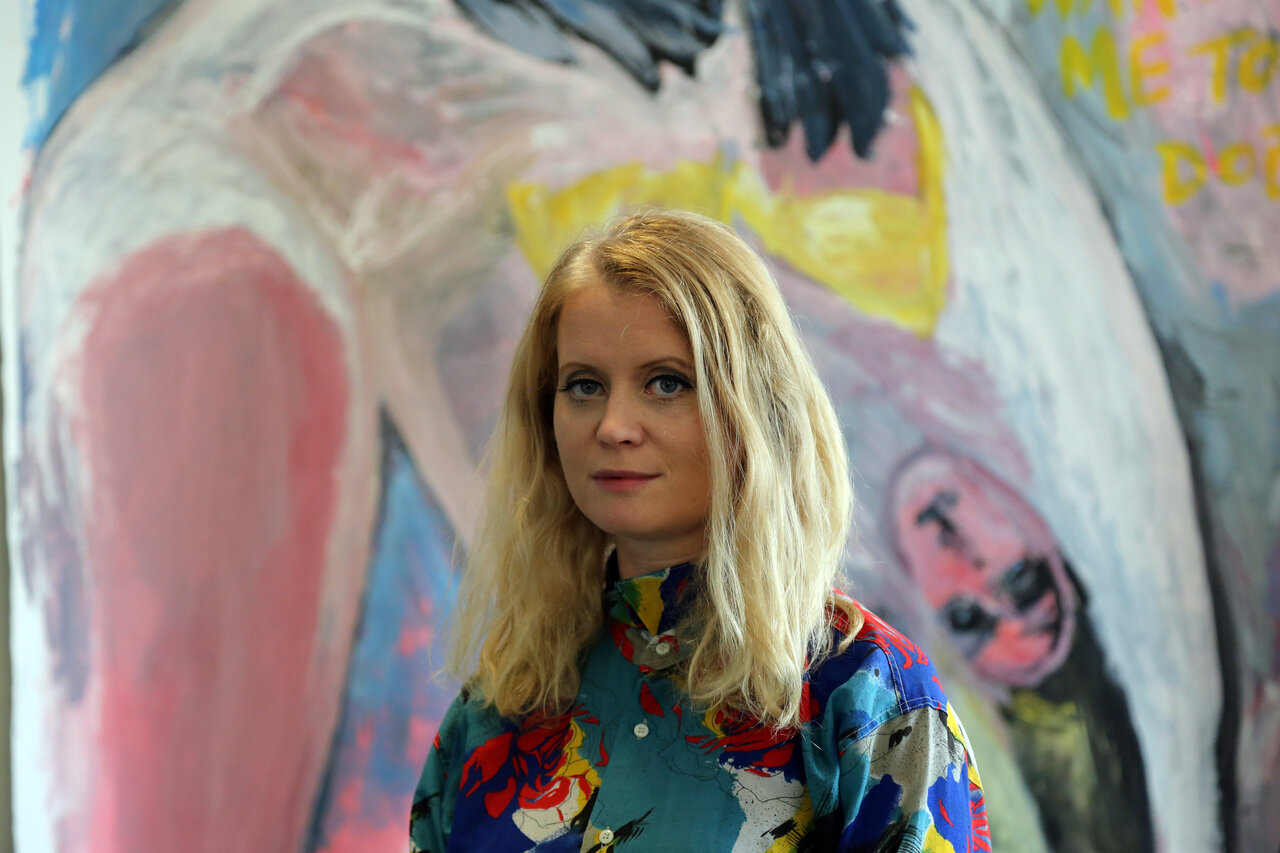 Artist Jennifer Smith comes from a Roscommon village where generations of families stem from. Kilmurray just outside Castlerea was Jennifer’s grandad’s home turf as well as her own father’s and today two of her siblings still live with their families in the area.

As a child, Jennifer was always interested in art and some of her first memories from school were of colouring-in and playing with marla.

‘I grew up in a big family and my mother was always very creative and encouraged us a lot,’ she tells me.

‘She taught us how to make our own kites and at Christmas, we would make Christmas decorations to hang on the tree and the ceilings. I am sure it looked awful and incredibly tacky but she hung them up nevertheless for the entire Christmas and we were proud as punch.’

Jennifer’s work continued to shine in secondary school where she credits two great art teachers at inspiring her.

‘I painted on the set design for a school musical production and really loved it,’ she tells me.

‘It was on a school trip to Dublin that I first saw paintings of Jack B. Yeats and I remember just gazing and gazing at them. I think it was during those moments it really struck me that was what I wanted to do’.

Jennifer decided to apply for a portfolio preparation course in GIT and that is where she says, it really started.

With the portfolio created Jennifer applied to LIT and set off for Limerick where she lived with her best friends and had the time of her life.

‘I had some issues with the structural teaching methods of art college and how they critiqued artists but overall it was a good experience. The college was great with encouraging and allowing me to explore all my interests in different avenues even though painting was my chosen discipline,’ she says.

‘It felt like a really exciting and experimental time. For my Degree show, I created interlinked video pieces. There were 5 televisions that interacted and responded to each other, a comment on the influence of media and celebrity. It was the first subject that I honed into, and it remains an important aspect of my paintings today’.

Jennifer tells me that she did learn a lot about what it means to be an artist and to take responsibility for her work, learning how to translate thoughts onto canvas.

‘My thesis focused on the male gaze and the representation of women in art. It was the first time I became interested in the role of women as artists. The study of the role of females in art has always remained a constant and a major focus in my work.’

The main focus of Jennifer’s work deals with the idea of the female gaze and relooking at the female nude in art.

‘My paintings respond to a narrative influenced by social media, gender roles, representations of the female body, and perceptions of female beauty’, she explains.

‘Traditionally, when looking at the female nude in art history, the expected response is a reflection upon the age-old male gaze and the female nude as a sexualized and fetishized object, from the perception of the male.’

The Irish artist works mostly with charcoal, ink and acrylic but has recently started to reintroduce oil paint.

‘I stopped using oils four years ago when I got pregnant with my 1st daughter. It’s nice to be able to add the texture of oil paint back into my work,’ Jennifer says.

‘I usually paint quite quickly so the fluidity of the ink and acrylic is my favourite working method. My style of quick gestures, mark-making and disinterest in pretty or beautiful, supports the idea of subverting the gaze and challenging the viewer to think about the female body in a new way’.

Jennifer has not lived in Ireland since 2006 (she now lives in the Netherlands) and says that artwise, the opportunity for artists lies within open calls and collaboration. In fact, it was an open call then led her to apply to the Féile na Bealtaine Arts Festival in Kerry in 2014.

‘I applied hopeful at most to be considered for a group exhibition. I could not believe it when they offered me my own solo show,’ she exclaims.

‘The biggest challenge was the logistics of getting my work to Ireland as shipping costs are so expensive. So we packed the car up with my work for the show, drove 8 hours to France and got a 15-hour boat to Ireland. On route, my now husband proposed and it really became a trip of a lifetime.’

Jennifer’s husband helped her hang all of her work and she says that everyone involved in the festivial was so helpful and kind.

‘My family came to see the show and we were able to celebrate my first exhibition and the engagement,’ she says. ‘It truly is something I will never forget.’

In the beginning, it was open calls that lead Jennifer to exhibit her works in London and Ireland. However, it was a portfolio review in Van Abbe Museum in Eindhoven, with several curators and gallery owners that led her to exhibit there as part of the Young Art Crowd.

Jennifer was one of six artists working in the Netherlands chosen to exhibit for a one night show ‘Young Art Night #7 : Le Freak C’est Chique’ to which she calls a highlight in her career so far.

But how did she end up the Netherlands? Well, how she got there following a long adventure of travelling the world.

Jennifer always knew that she wanted to travel and after she finished her studies, journeyed across 12 countries in Africa with her best friend and spent a further four months backpacking around South-East Asia.

‘I continued on my own to New Zealand as I was running out of money and needed to work,’ she explains and stayed there for 9 months. She ended up in Australia and it was there that she met her future husband, a Dutchman, at a backpackers’ hostel.

‘It was as simple as that really. We both knew instantly it was something really special. I would never have believed a holiday romance could turn into marriage and two kids.’

He returned to the Netherlands at the end of his trip and Jennifer returned to Ireland. The couple flew back and forth to each other for the first few months but then Jennifer took the leap to move abroad.

‘It was in Holland that I returned to painting for the first time in 7 years,’ Jennifer muses.

‘I was learning the language and didn’t have any family or friends in the first few months. I picked up the paintbrushes again and worked in a tiny and cold little shed in our back garden. I was doing internships at two different Galleries in Rotterdam but realised I was on the wrong side and wanted to be the artist, not the curator.’

The couple moved into their windmill six years ago and it is there that she set up her own studio and gallery space, CloverMill, which was converted from an old garage.

CloverMill is Jennifer’s special residency space, something that she says is a great way to connect with local artists. She hopes to open it next year.

‘I am a full-time mum and that has taken up most of the last four years of my life. At times it was really isolating for me as we live in a remote location.’

As a concept, CloverMill provides visual artists and curators with an opportunity to come together, work in collaboration, expand on their own practise and create new work for exhibition.

‘Working on a project basis, it provides a space for critical thinking, experimentation, open dialogue and a gallery space to create work. The collaboration of artists creating an artist to artist mentorship.’

Jennifer has a particular focus on female painters and curators.

‘The balance of male to female artist in exhibitions has always been extremely unbalanced and I really want to be part of changing that,’ she says.

CloverMill has a focus on the process of art-making rather than the product of art.

‘The aim of the residency will work towards using the gallery space to form an exhibition. We provide private accommodation on-site which allows for 24-hour access to the studio and gallery.’

‘As an artist myself I know how expensive it can to participate in residencies and exhibitions and I fundamentally disagree with that,’ she explains.

The most important thing for Jennifer was to be able to provide the residency and accommodation completely free of charge.

‘I also really wanted to create opportunities for artists as I know how difficult it can be, especially for someone at the beginning of their career.’