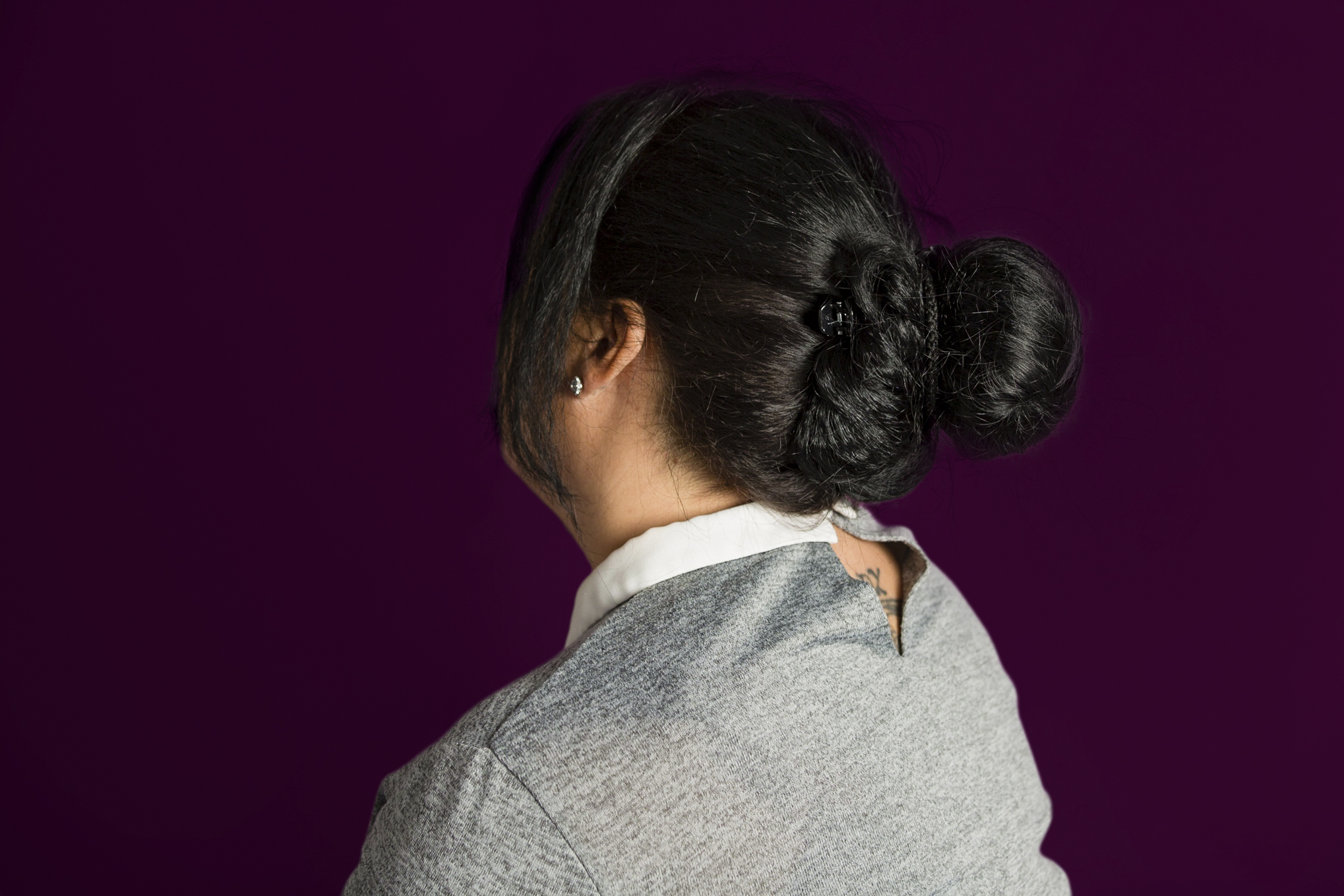 Linenhall Arts Centre and National Museum of Ireland in Mayo are set to open stunning new photography exhibitions that explore Mincéir women and hair as a powerful symbol of culture and identity.

The exhibitions are part of a fascinating Mayo arts project, Crown – Hair and Identity, which focuses on Traveller/Mincéirí women and girls and the subject of how hair is intrinsically linked to identity, ethnicity, culture and gender.

The exhibition at the Linenhall Arts Centre, entitled Crown lakeen, opens on October 2 and explores Mincéir hair and identity from the perspective of the teenage girls who participated in the project.

The exhibition at the National Museum of Ireland – Country Life is entitled Crown beoir and opens in the Courtyard Gallery on October 5.

It features the women project participants and considers the same themes but brings more life experience to the subject matter.

Why this long luxurious flow in all its glory – plaits, rolls, ribbons, top knots and curls? What have the women to say about their hair, its physical appearance, its traditions, its rituals, and what it means to them?

The portraits in these exhibitions quietly offer some of the answers.

Crown – Hair and Identity was originated by Breda Mayock who worked with Traveller women and girls in the Maple Youth Centre, Ballinrobe, and Mayo Traveller Support Group. She worked with photographer Orla Sloyan to photograph the women with a special emphasis placed on their hair.

‘The way in which we treat our hair can tell as much about where we come from as our language or accent. In almost all societies hair is a strong form of self-expression. Exploring hair rituals and practises in minority cultures is particularly compelling because hair often communicates an unspoken expression of identity.

‘Exploring hair with Traveller women offers an opportunity to celebrate this aspect of Traveller culture. Hair is an intensively private matter but it is also a form of self-expression that is publicly visible. It can convey how we want to be seen and also determine how we are seen.’

‘Young people constantly amaze us with their insightful reflections on the artwork in our gallery, and we really look forward to sharing this exhibition with them.‘

Irish Travellers or Mincéirí are an indigenous ethnic minority group who have been part of Irish society for centuries. They share traditions, cultural values, language, and customs that make them a distinct group.

Within Irish Travelling culture nomadism as a way of life distinguishes them from the settled population.

The project participants will also be heard in two very special short films created by the award-winning filmmaker Mia Mullarkey. They will feature the Traveller/Mincéir women and girls, their portraits and their expression of their unique Traveller identity.