Kerrywoman Clodagh Finn on writing about women in Irish history 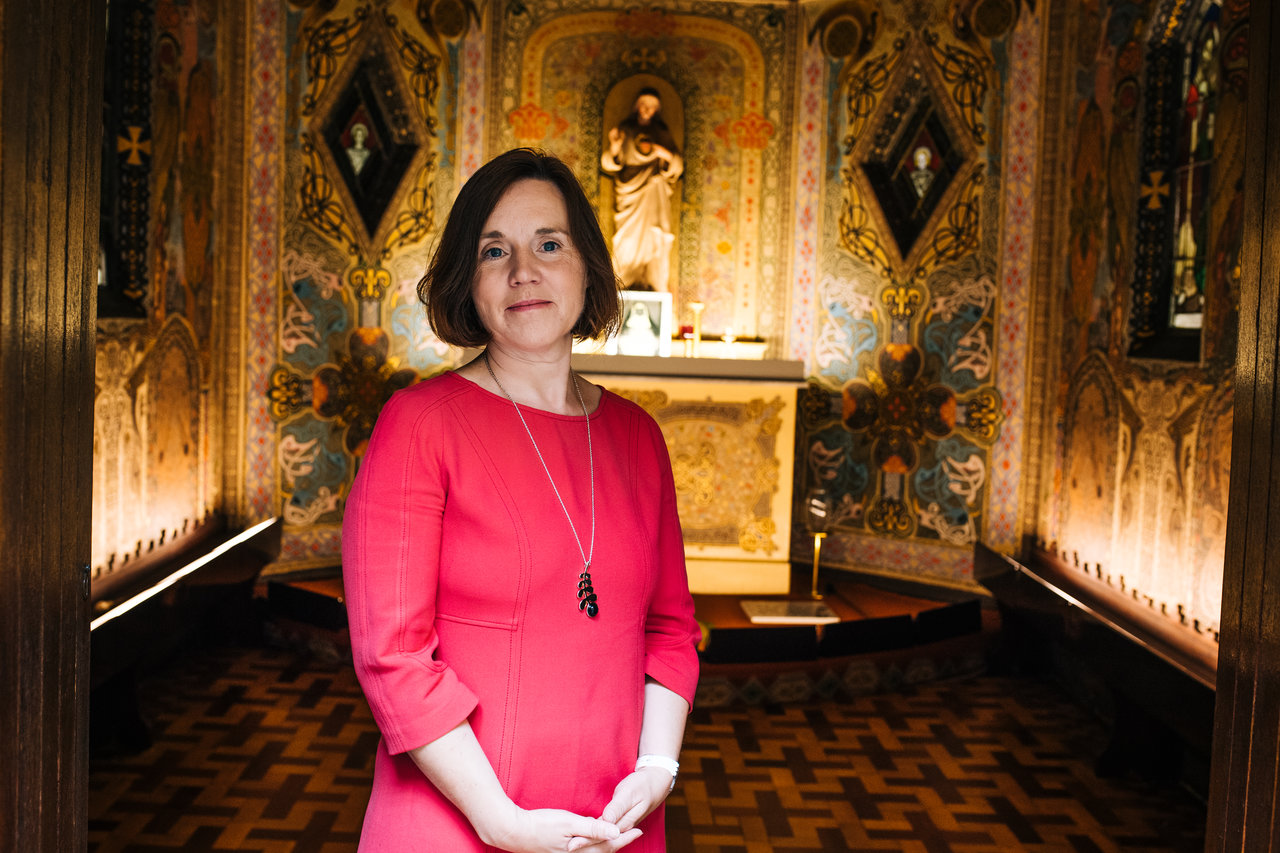 Author Clodagh Finn has always been inspired by stories, particularly around the landscape that she grew up in, in Kerry. Her family, particularly her dad and her Auntie Mary, were wonderful storytellers and it was perhaps because of their gift of the gab that Clodagh became more fascinated by story writing.

‘They brought the places we visited to life with tales of haunted castles and piseogs but they also told the real stories of shipwrecks and missing treasure, ancient saints and holy wells, sacred places and others marred by massacre and cruelty,’ she tells me.

Writing and reading became more than just hobbies and Clodagh went on to study journalism in Dublin. She worked as a journalist for the Irish Examiner, the Sunday Independent, the Irish Independent and as a freelance writer and editor in Paris.

Clodagh’s book, ‘Through Her Eyes: A New History of Ireland in 21 Women’ captures that innate curiosity that she has always had. It is a remarkable read told through an alternative history with a particular spotlight on those who have been forgotten.

‘If I had a secret power, it would be time travel,’ she says. ‘I have always wondered what it would be like to live at various times in the past, but from a woman’s perspective. I found it difficult to find accounts of women’s lives throughout Irish history, so I set out to try to imagine a different history; one told through her eyes. I had been gathering the stories of women for some time and I thought it might be worthwhile putting them together in a book so that Irish women might be able to ‘time travel’ with me to get a glimpse into a past that was refracted through a female lens.’

Clodagh tells me that some of the stories were easier to tell than others as they had left a trail of information behind. Women such as Lady Sligo (1800-1878), landlady, humanitarian and mother of 14, and Lady Ranelagh (1615–1691), the brilliant older sister of father of chemistry Robert Boyle, had left letters behind giving us a unique insight into their thoughts and experiences.

Others, Clodagh says were more difficult and only left behind traces and glimpses.

‘I read that archaeologists unearthed the remains of a 55-year-old woman under Poulnabrone dolmen in Co Clare when excavations were carried out there under Dr Ann Lynch,’ she says.

‘I was fascinated by this early Irish farmer who had lived several decades longer than the average Irish woman might expect to live around 3,600BC. I was also very pleasantly surprised to find that you could say quite a lot about her thanks to the work of archaeologists and genetic researchers.

‘Some of the 21 women in the book have been with me for a long time but it took me more than two years to gather all the information and set it down on paper.’

To finally get a physical copy in her hands after hours upon hours of researching and writing was a delight. She was also particularly impressed by the incredible artistic talents of Holly Ingram, who illustrated the women so well.

‘It makes me so happy to shine even a small light on these amazing women who have travelled this way before us but, for various reasons, have been overshadowed or forgotten,’ she tells me.

Clodagh says that one of the most interesting people she discovered was Clotilde Graves (1863-1932), who was a female journalist on Fleet Street in London.

Clotilde was born in Buttevant Barracks in Cork and by the time she was 17 she was working as a journalist supporting her family. She had huge success in her day – she was a respected journalist; acclaimed playwright and she wrote an international bestseller (The Dop Doctor) under the pen name Richard Dehan – yet she always struggled financially.

Though she suffered chronic ill health and was invalided in her fifties, yet she kept going and it is because of her tenacity that Clodagh admires her so.

Another woman whose story really touched her was that of Jemma Redmond, a biotechnologist who was the first to 3D-print human tissue and keep it alive. You can read an extract from that chapter here.

But why is it, does Clodagh think, that women are forgotten?

‘One of the reasons is that, until relatively recently, it was men who wrote history. Also – and I think we are all guilty of this – we have tended to think of history as the testosterone-fuelled stories of battles and politics, traditionally male pursuits or at least ones where men were to the fore,’ she explains.

‘Women were prominent in battle too as the story of Jennie Hodgers (1843-1915) shows. She was a Louth woman who fought as a male soldier in the American Civil War.

‘Another reason why women’s stories have not been written is that in the early modern period at least, it was considered ungentlewomanly for women to commit to print. Women’s experiences were more likely to be recorded in letters which often do not survive.’

Of particular interest, this year to Clodagh is the 750th anniversary of Aoife MacMurrough’s marriage to Strongbow which falls in August 2020.

‘For many years, I thought of her as the shy, cowed bride who was ‘given’ to a man some 20 years her senior by her father in exchange for military aid,’ Clodagh says.

‘Perhaps it’s time to look again at this woman we all learned about in school. This August, it might be worthwhile to consider Aoife, not as Strongbow’s famous bride, but as his widow.’

‘In sharp contrast to the image of the compliant bride that lingers in the public imagination, the widowed Aoife was a countess with power and influence. She had an income; the king’s favour and she was exploiting her late husband’s considerable estates in England and Wales. She may even have acted as a military commander at her strategically placed castle in Wales when it was threatened with rebellion.’

‘It’s also interesting to note that she never remarried, suggesting she might have decided to maintain her own independence instead.’

Clodagh tells me that the theme of the book is possibility.

‘I wanted to show that much more was possible than certainly, I had ever imagined. When I looked to the past, I found women who were, to misquote the old rhyme, thinkers, tailors, soldiers, sailors. And much more besides – powerbrokers, scientists, pioneers. I found that very heartening. I would like young girls to see these women and dream big.’

Though Clodagh has immense knowledge about the topics she discusses, she says that getting the balance between writing about history and making it accessible to someone who is a new reader can be quite difficult.

‘I wanted to record all sources rigorously yet put women and their experiences to the fore,’ she says. ‘This is a history with a human face as my aim was to make the stories of the past as accessible as possible to the general reader.

‘You can’t please everyone, though. I wrote a biography of Mary Elmes, the Corkwoman who helped to saved hundreds of children from Nazi gas chambers, and one reader complained that there were too many facts in it! You can’t win!’

Read an extract from that (fact-laden!) book, A Time to Risk All, here.

Clodagh says that it’s important to believe in yourself if you plan on entering this line of work.

‘It has never been easier to write in that you can start your own blog or put out snippets of your work on social media to gauge reaction. Joining a writers’ group is a great way to impose discipline on yourself too. I don’t think I’d ever write a word if I didn’t have a deadline’ she muses.

Does Clodagh have any ideas for another book down the pipeline? Absolutely.

The next book is a collaboration with two others who have done a lot of research on the Irish people who often risked their lives to join the Resistance in World War ll. It’s due out in 2022.