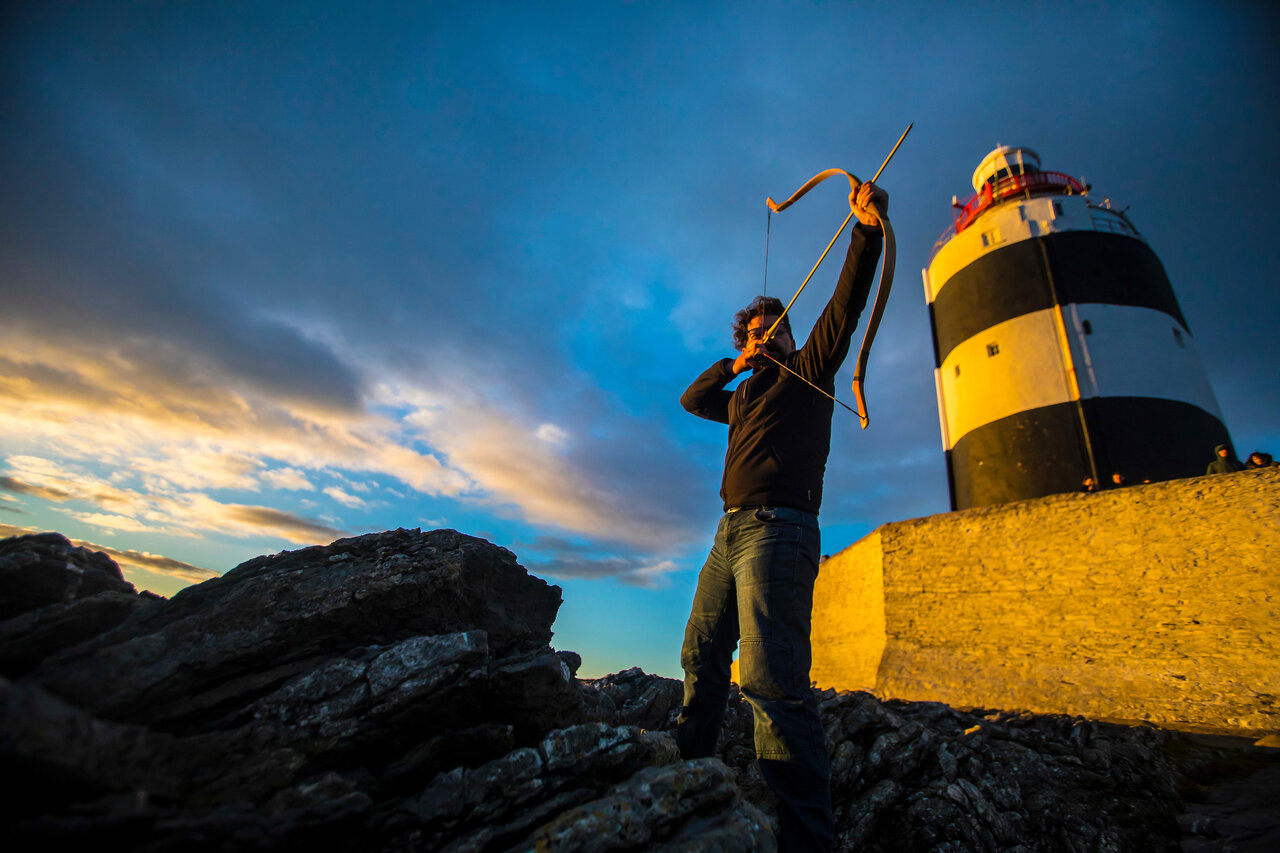 A very special and unique event is set to take place at the oldest intact operating lighthouse, Hook Lighthouse, in the world this New Year’s Day.

At 1.00 pm, an age-old tradition takes place at the 800-year-old Hook Lighthouse in County Wexford as the Dunbrody archers take part in a traditional Arrow ceremony.

The Dunbrody Archers will join the Cathaoirleach of the Municipal District of New Ross Council, Cllr Michael Sheehan, to participate in the Arrow ceremony.

This ancient tradition dates back to 1687 when the Mayor and the corporation of New Ross Town Council claimed their authority over the Tower and waters by travelling to the point of the Hook and shooting an arrow into the sea from Hook Head Lighthouse.

The Cathaoirleach will be joined by the Dunbrody Archer for the impressive ceremony as they all cast biodegradable arrows into the sea.

On New Year’s Day 2023 the Mayor will cast an arrow into the sea symbolising the Port’s authority over the estuary. Members of the public are invited to watch the free historical event at 1.00 pm.

This is always an incredible occasion to witness and we are delighted to have a full return of this occasion for the first time since 2019 and to continue the ancient tradition, right here on the cornerstone of Ireland’s Ancient East

Free afternoon entertainment will also be on offer with treasure hunts, outdoor games and art workshops with resident artist Rose from noon to 4 pm.

Hook is renowned as the oldest intact working lighthouse in the world, from the 5th-century monks lit fires to warn Ships of the treacherous waters around Hook Head.

The Hook Lighthouse tour incorporates 115 steps to the top of the lighthouse tower featuring holograms illustrating the ancient history of the tower and the Hook area and spectacular views of the southern coast.

Hook Lighthouse Visitor Centre and Café closes on December 20th at 5pm and re-opens on 26th St Stephen’s Day at 11 am and will remain open throughout the holiday season.