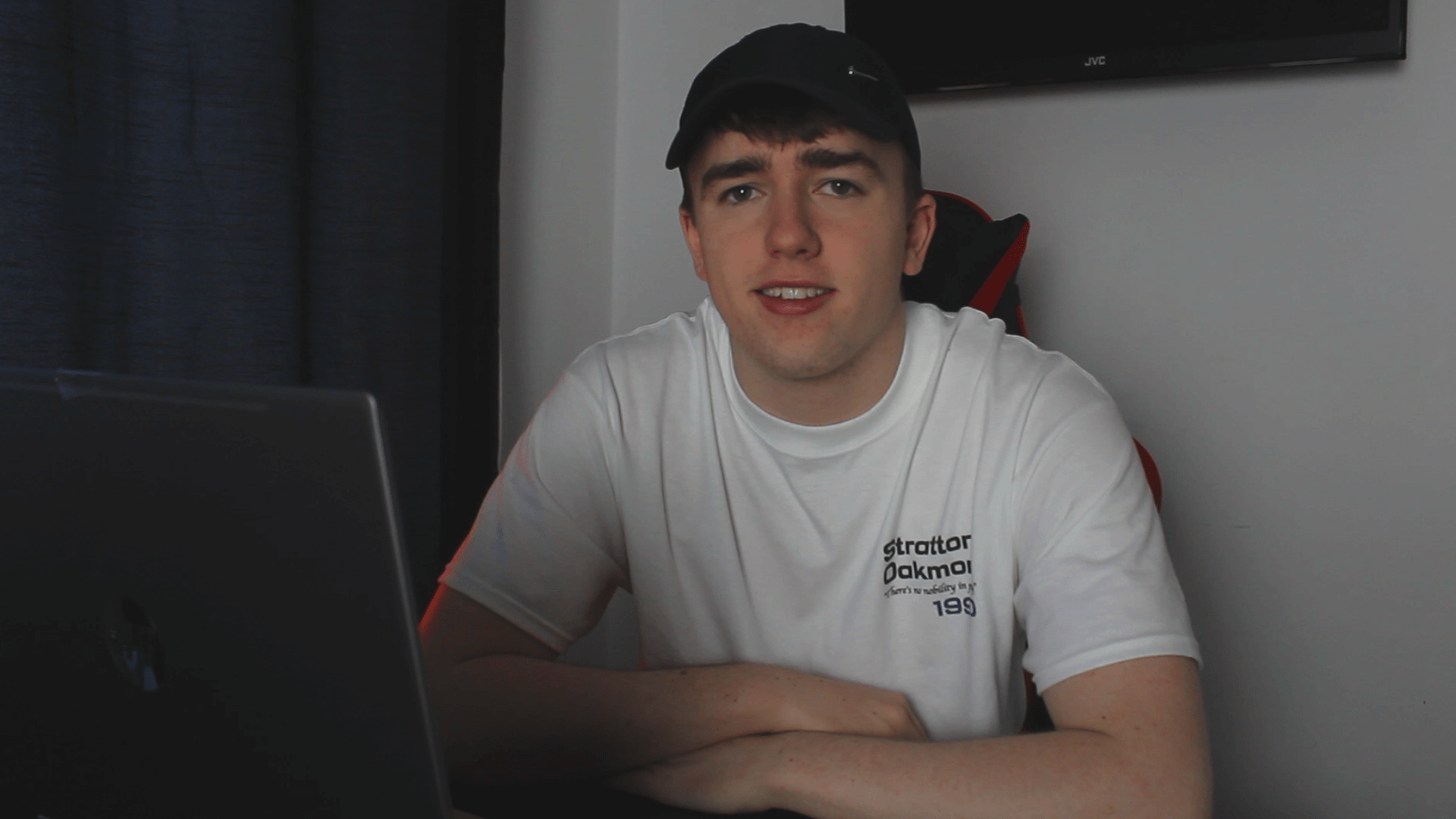 Irishman Matthew Morgan is an entrepreneur, copywriter, email marketing specialist, and the founder of Copywriting Blueprint. He earns around $10,000 a month through his online work but not only that, he’s still in his early twenties.

An impressive achievement for any young person, Matthew tells me that he grew up in rural Northern Ireland where, while he did play the odd bit of football, he was more interested in computers.

His entrepreneurial spirit began to show as early as his school days though and he tells me that ‘I always wanted to make some money on the side. I would have sold sweets in school and did some freelance photography to make a few quid.’

Matthew ended up studying IT and further worked with technology by doing some DJing on the side. But over the years he discovered that he really liked filmmaking and creative content and is now studying for a media production degree in Liverpool.

But Matthew Morgan felt in a rut.

‘I felt like I had run out of time’, he says. ‘I’ve worked a LOT of low paid, crappy jobs that I absolutely hated. I realised that if I don’t figure out how to make money for myself I would have to work somewhere, and that was not even in the equation’.

Matthew tells me what ‘survival mode’ kicked in and he thought seriously to himself, ‘if you really need something, your brain will go into overdrive until you get that thing.’

He began to focus on his core skills which were copywriting and video production and credits YouTube for teaching him many of his new skills.

‘When you’re broke you have to do everything yourself so getting a basic knowledge of how to do all these things is a big help. YouTube is amazing,’ he says.

Aside from YouTube, one of Matthew’s other outlets to generate interest in his work is TikTok. Under the moniker ‘Money With Matt‘ he creates short snappy videos with tips and advice to entice budding entrepreneurs.

‘With TikTok, I realised that it was a wave I needed to ride if I wanted to grow on social media,’ he explains. ‘I used to do a bit of Instagram Automation in university so I knew how to grow pages to a degree, then I just figured it out after a wee while. I didn’t show my face at first out of fear of being recognised. Then I just said OK I’m going to post twice daily until I have a lot of followers.’

‘[My] friends and family have been supportive, a few think I should finish my degree and I see their point. I’m trying to take a sensible look at everything. Some people took the piss out of my videos at the start, so it’s pretty easy to weed out the toxic people. 99% have been great though.’

Despite his success, Matthew tells me that he never feels like he’s “made it”. ‘I think because I’ve always been used to working hard jobs and not making any money I just don’t feel like I’m working hard enough,’ he says.

‘I’m up to about $10K per month now but I still feel like I’m in survival mode. Sounds mad when I say it like that but I genuinely don’t feel very comfortable. The way I see it, there is always someone doing better than me, so I just don’t like sitting around.’

‘If I were to start again I’d go into some freelance work,’ he admits.

‘Learn a skill, create an offer – maybe 12 emails a month for $1K for example – do some free work with companies in my niche to get some case study work, then use those case studies to get some paid work, rinse and repeat until I can stop doing client work. Failing that I’d probably go out and make a lot of content about something I like and just start building an email list.’

For those looking to get into online business Matthew says that it’s important not to wait around and expect something to happen.

‘[You need to] realise that you have to do some stuff you don’t want to in order to build your income,’ he says. ‘Business is all about money and leverage, you have to have something to offer, whether that’s an audience, a skill, or a lot of money.’

‘You can get free help up to a certain point, but honestly, if you’re trying to do it for months and you haven’t made anything, you’re not doing it right. Don’t be afraid to buy a course or invest in some training if it’s going to save you 3 months of trawling through YouTube. A lot of young people are so risk-averse, this is the time you should be risking things, you gotta spend money to make money. That might have sounded harsh but that’s what I wish someone had told me, would have saved me a lot of time.’

What does the future hold for Matthew Morgan?

‘I think I just gravitate towards what I like doing and it worked out,’ he says. ‘I’d like to build a SaaS company or build a business to sell. I’d also love to make videos and go travelling!’

Matthew says that he’s definitely interested in the digital nomad life though he would prefer stability.

‘I think if I were to do it I’d do it on my terms, rent a good apartment that I can work in and film good content in. I’ve been to Berlin and Amsterdam, I’d love to go to America, Spain, Dubai, Australia, and anywhere cool. Preferably warmer than Ireland!’