Meet a CoderDojo Mentor: How coding has inspired young people in Monaghan 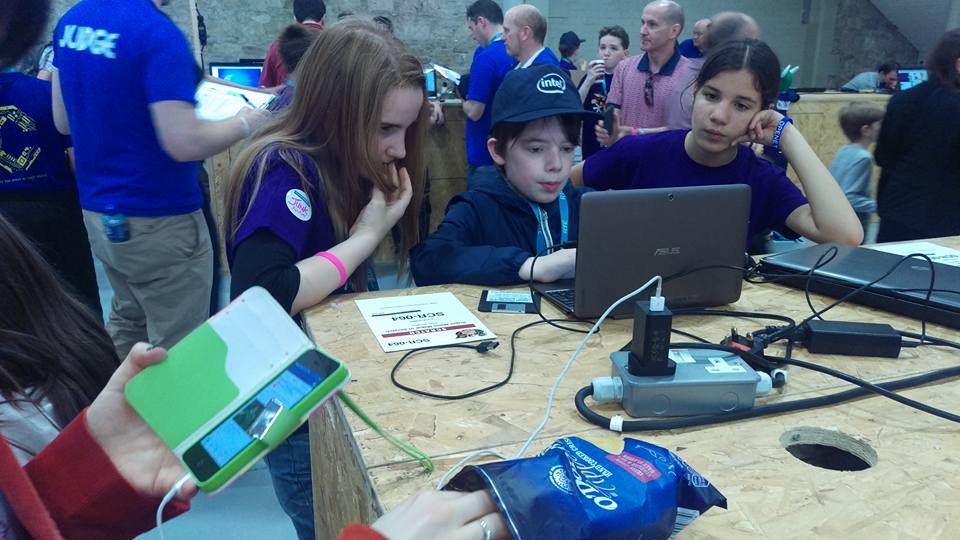 Kae Verens was born in the late 1970s and grew up in Tallaght in Dublin before finally settling down in Co. Monaghan. He is a CoderDojo mentor.

‘People say my name isn’t very Irish, which amuses me, as it’s probably more Irish than their own, having been invented by me and registered by deed poll’ Kae says. ‘No-one outside Ireland has ever had my name!’

‘Basically, they’re remote forms you fill in on your phone or tablet, but a bit cooler than that. I work on the development and scaling of the system. If the system is slow or doesn’t work, it’s my fault!’

How Kae got into CoderDojo though, was completely by accident.

CoderDojo is a global movement of free, volunteer-led community-based programming clubs for young people. It began in 2011 when James Whelton, an 18-year-old coder in Cork gained some publicity after hacking an iPod Nano. He set up a computer club in his school and started teaching his peers basic HTML and CSS (style and markup languages).

Later that year Whelton met Bill Liao, an entrepreneur and philanthropist who expressed an interest in growing the project and the pair founded CoderDojo. When the first sessions launched it was clear that CoderDojo would become immensely popular and so in a desire to share the format, the founders open sourced the model.

Thousands of dedicated Champions and Mentors set up more Dojos across the world and there are now more than 1,900 verified Dojos in 93 countries.

Verens has been a mentor in his Dojo in Monaghan for the past six years and as mentioned, his involvement happened purely by chance.

‘Monaghan CoderDojo had existed for about two years before my kids became interested in going, and so we went,’ Kae tells me. ‘I was only meant to chaperone my kids, but the mentors there recognised me and roped me into taking a class. Suddenly I was teaching PHP and JavaScript to a group of teenagers, and I think I’ve only missed one class since then!’

Understandably given that there are close to 2000 Dojos, each one is managed slightly differently. In the case of the Monaghan Coder Dojo, every two weeks they take over a local school, St Macartan’s College. It’s here that they teach young people how to program and have fun through technology. Not a single cent is taken for this volunteer service.

The team made a conscious decision to not host the Dojo every weekend to prevent the risk of burnout from both students and mentors. There’s a lot to take in after all!

The mentors at the Dojo don’t just teach one subject, they teach many. ‘My class tends to be the older teenagers who have already mastered the basics and are interested in learning more about their own niche subjects,’ Kae tells me.

‘I found that I would be trying to teach one thing while being bombarded with questions about completely different topics. So, I stopped focussing on trying to railroad the teaching, and started encouraging what I heard people talking about.’

Kae now has a variety of students that are not just learning a programming language like Python, R, JavaScript, PHP but are also learning things like electronics, 3D design and printing.

‘It’s difficult to track! I have one student who is building a 3D interface for Scratch, another who is racing through the Project Euler problems – I highly recommend these!’

Some of Kae’s former students have now started pursuing their own careers in computers following the kickstart from CoderDojo which delights them immensely.

‘I have an ex-student who I helped to set up a website hosting business who is now doing machine learning in CombiLift, another who now fixes computers for a living, yet another who is a high-energy physics student in college. It’s amazing how everything leads to everything else!’

Though Kae is quite busy mentoring in the dojo in Monaghan, one event that will take the students out of the ‘classroom’ will be the ‘Coolest Projects’ showcase in the RDS in Dublin.

The dojo team hires a bus and brings the kids down to Dublin for the day but to make things extra fun they encourage them to build projects and enter them into the showcase. They usually end up with 4-5 teams scattered throughout the building.

For Kae, he’s most looking forward to the Dojo’s next ‘Crappy Robots Competition’, where students and mentors invent robots that are designed to not work very well and battle each other out in a sumo contest!

‘My last one was a robot car which used a bank of 12 fans to push itself along. The previous one was two outdoor-brush heads connected to a rotating weight, so it worked like a giant hexbug’ he tells me.

‘I always enter a robot of my own, and always lose!’

Having an outlet like this in Monaghan is essential for the community. Not only does it give people the opportunity to make new friends but it also teaches invaluable skills to young people.